Hacking is China's state policy. And the Google incident may be the tipping point in upending the once-unquestioned truth that China is so big that it must be accommodated. 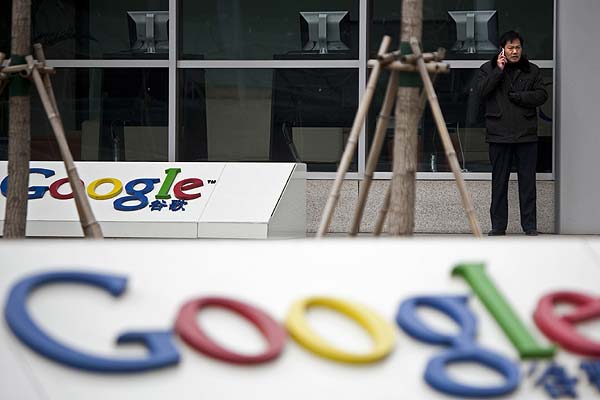 A half decade ago, one nation declared war on most all the others.  It is only now that the world has begun to think about the implications.

Google certainly has.  On Monday, the Mountain View, California company announced it had stopped censoring search results in China.  Users, it said, were being redirected to its Chinese-language site in Hong Kong.  The closure caps more than two months of fruitless negotiations with the Chinese central government.

The controversy began when Google, in a January 12 entry on its official blog, announced it was no longer willing to filter Chinese searches.  China’s government, on the other hand, insisted it continue to do so.  There was no room for either side to compromise.

Yet the dispute was more than just a fight over the free flow of information.  In the January 12 statement the company said that in mid-December it had detected “a highly sophisticated and targeted attack on our corporate infrastructure originating from China that resulted in the theft of intellectual property from Google.”  According to the announcement, at least 20 other large companies had been hacked.  The actual number was most certainly higher.

What happened?  Even at this stage, Google does not know much. Gmail accounts of human rights activists in China, the United States, and Europe were penetrated and read.  Google thinks the cyber-intrusions targeted its source code.  But, for the most part, the company is in the dark.

To find out more, Google is forming a partnership with America’s National Security Agency, “the world’s most powerful electronic surveillance organization.”  The fact that the search engine, which takes great pride in open information, would consider cooperating with the planet’s biggest snoop, shows the depth of its concern about China.

What are the consequences of China’s attacks on defence, civilian, and corporate networks around the world?  There are many, but perhaps the most important of them is the growing cooperation among the targets of Beijing’s electronic warfare campaign.  Cyberspace, says Director of National Intelligence Dennis Blair, cannot be protected without “a collaborative effort that incorporates both the U.S. private sector and our international partners.”

To make any collaboration work, Google will have to tell the National Security Agency what it knows, and, in doing that, the search engine will have to reveal sensitive information.  That creates a business problem of the first order for the company.  “The critical question is: At what level will the American public be comfortable with Google sharing information with NSA?” asks Ellen McCarthy, the president of an organization of current and former intelligence and national security officials.

Revealing anything to NSA would have been virtually unthinkable, say, a year ago.  Now, apparently, many other Silicon Valley companies are doing so.  China, unfortunately, is changing our notions of what is necessary, and its victims are drawing closer together for protection.

And not just in the United States.  As Director Blair noted, the U.S. government will have to reach out not only to domestic parties but international ones as well.  Chinese hackers have penetrated networks from America’s House of Representatives to England’s House of Commons.

And add India to the list.  As relations between Beijing and New Delhi worsened last year over border matters, Chinese cyber-attacks increased.  India’s National Security Adviser, M.K.Narayanan, in November suggested Beijing was the culprit behind intrusions into the networks of his and other offices.

Beijing, as usual, quickly denied the accusation.  China’s embassy in New Delhi stated the attacks could not have been Chinese in origin.  “Let me tell you, we are a legal country and hacking is against the law in China,” a spokesman said.

New Delhi, not buying that thin explanation, is increasing cooperation with the United States and Britain to fortify defences against Chinese cyber-intrusions.  Despite what Beijing may say at the moment, hacking is Chinese state policy.

China, in a highly publicized operation, last month reported the break-up of the so-called Black Hawk Security Network hacking ring, but that was mostly for show, to relieve the pressure building up after the recent spate of accusations.  Due to Beijing’s tight Internet controls—they don’t call the country’s cyber-barrier “the Great Firewall” for nothing—no group of hackers could have continued coordinated attacks without either officials’ support or implied consent.  Moreover, no organization outside the central government, the Communist Party, and the military has the resources to maintain large-scale and concerted efforts.

So the inescapable conclusion is that, if the attacks on Narayanan’s network originated in China, the Chinese one-party state was behind them.  Google, in similar circumstances, reluctantly came to a similar conclusion.  The Chinese government has been taking on just about everyone else these days.  As American Secretary of State Hillary Clinton said in January, “In an internet-connected world, an attack on one nation’s networks can be an attack on all.”

“Had the Chinese shot intercontinental ballistic missiles into 33 U.S.-based businesses including those in the finance and defence industries as well as the Mountain View-based headquarters of Google, there would be no question in anyone’s mind as to whether war had been declared on the U.S.,” said David Berlind of Techweb.  “Let’s be honest with ourselves. It was an act of war and it deserves more of a response from the U.S. government than it is getting.”

So far, the U.S. government has only begun to discuss China’s cyber-warfare campaign in public, and only because Google did so first, forcing its hand.  American leaders, fearful of angering a petulant Beijing, need to find their voice, to summon the courage of, say, German Chancellor Angela Merkel.  Mrs. Merkel publicly raised the hacking issue in Beijing during her meeting with Premier Wen Jiabao in August 2007.

The world’s democracies need to begin realizing the implications of China’s internet campaigns.  What does it say about Chinese intentions when the country is maintaining the most pervasive campaign of internet attacks and espionage in history?  And what does it say to India to be one of the countries singled out for a barrage of cyber-instrusions?  As Techweb’s Berlind suggests, Beijing has been attacking other nations.  The Chinese did not lob missiles into the Indian capital, but what they did betrays hostility nonetheless.  So now we can see that China’s leaders view India as an adversary to be undermined.

Up to now, China has prospered in the post-Cold War period because nations have sought to support the country and integrate it into the international system.  The hope has been that, as the Chinese became more powerful, they would become more constructive.  That hopeful assumption, which underpinned both the Bush administration’s concept of “responsible stakeholder” and the Obama team’s notion of “strategic partnership,” appears wrong, however.  For the past year, Chinese leaders have displayed a new-found confidence that has often expressed itself as arrogance and even truculence.

So we should not be surprised that Beijing reacted to the Google matter by sending Cultural Revolution-style responses attacking America’s “information imperialism.”  Moreover, this week Beijing, anticipating Google’s withdrawal from the search-engine business in China, unleashed broadsides against the company, essentially calling it a U.S. government pawn and accusing it of various perceived offences including “playing an active role in exporting culture, value and ideas.”  The Chinese government, unfortunately, seems to have lost its capacity for nuanced diplomacy, returning to its Maoist origins.

Beijing’s new harsh tone is particularly ill-advised.  The Chinese seem to have forgotten that they remain dependent on the cooperation and good will of others.  China needs foreign markets more than almost any other country.  It still requires substantial amounts of foreign technology, and it is especially reliant on resources from other lands.  This is an obvious pressure point for the United States, India, and China’s other trade partners.  They could, for instance, contend that Beijing’s internet censorship and hacking constitute unfair trading practices.

As Wall Street Journal journalists Ian Johnson and Jason Dean note, Google is upending the once-unquestioned truth that China is so big that it must be accommodated.  The era of engagement of the Chinese state may soon be drawing to a close as China loses its special status.  Its rise will be slowed—and perhaps even ended—as others begin to oppose Beijing’s aggressive acts.  And it is up to the world’s great democracies, from New Delhi in the east to Washington in the West, to start challenging the Chinese, especially in public.

So, as China begins the century it is supposed to own, the world’s attitude to the country is shifting.  The hope and indulgence that marked attitudes toward Beijing are being replaced by apprehension and realism.  If there is such a thing as a tipping point, then the Google incident may be it.

Gordon G. Chang is the author of The Coming Collapse of China. He writes a weekly column at Forbes.com.