Online terrorists prey on the vulnerable, as websites target marginalized women and youth to recruit for suicide missions -- and it is not just websites but also e-mail, chatrooms, e-groups, forums, virtual message boards, and resources like You-Tube 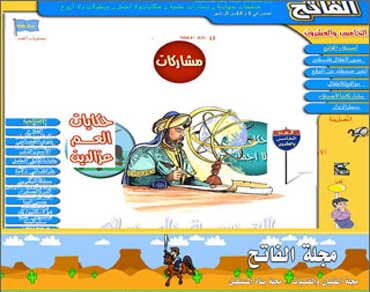 As the internet matures so has the terrorist use of this ideal instrument of communication. Following the path of modern Western advertising techniques, terrorist organizations have begun "narrowcasting," or making targeted pitches for recruitment and support among specific demographics like women and children.

The internet has long been a favorite tool of the terrorists. Decentralized and providing almost perfect anonymity, it cannot be subjected to control or restriction, and allows access to anyone who wants it. Large or small, terrorist groups have their own websites, using this medium to spread propaganda, raise funds and launder money, recruit and train members, communicate and conspire, plan and launch attacks. Al Qaeda, for example, now operates approximately 5,600 websites, and 900 more appear each year. Besides websites, modern terrorists rely on e-mail, chatrooms, e-groups, forums, virtual message boards, and resources like You-Tube and Google Earth.

Terrorists recognize the internet’s popularity among children and youth. One of Hamas’s websites, Al-Fateh, or "The Conqueror," appears every other week and is designed for children, with cartoon-style designs and colorful children’s stories. The site’s title promises "pages discussing jihad, scientific pages, the best stories, not be found elsewhere, and unequalled tales of heroism." The Al-Fateh site has a link to the official Hamas site, www.palestine-info.com.

Mixed among children’s songs and stories written by children themselves are messages promoting suicide terrorism. Thus, the site presented the gruesome photo of a decapitated head of young Zaynab Abu Salem, a female suicide bomber who on September 22, 2004, detonated an explosive belt in Jerusalem, killing two policemen and wounding 17 civilians. The caption praises the act, arguing that she is now in paradise, a "shaheeda" like her male comrades: "Her head was severed from her pure body and her headscarf remained to decorate [her face]. Your place is in heaven in the upper skies, oh, Zaynab, sister [raised to the status of heroic] men."

The same website posted the last will of a Hamas suicide bomber, who, on June 1, 2001, carried out a suicide bombing attack at the Dolphinarium, a Tel Aviv teen club. The attack resulted in the deaths of 21 Israeli civilians, most of them teenagers. In his online will, the suicide bomber writes: "I will turn my body into shrapnel and bombs, which will chase the children of Zion, will blow them up and will burn what is left of them…There is nothing greater than killing oneself on the land of Palestine, for the sake of Allah."

Computer games are another online tactic targeting youth. Several terrorist groups offer free online games, designed as instruments of radicalization and training. One such game is the "Quest for Bush," aka "Night of Bush Capturing," a free online game released by the Global Islamic Media Front, a media outlet of Al Qaeda. Armed with a rifle, a shotgun or a grenade launcher, players navigate missions that include "Jihad Growing Up," "Americans' Hell" and "Bush Hunted Like a Rat." In the final stage, the player’s task is to kill President Bush.

Another example is Hezbollah's "Special Force," an online game that allows players to become warriors in a terrorist campaign against Israel. The violent game features a training mode in which participants practice shooting skills on former Israeli Prime Minister Ariel Sharon and other Israeli figures. A "high score" earns a certificate signed by Hezbollah leader Nasrallah and presented in a "cyberceremony." At the end of the game the players receive a display of Hezbollah "martyrs" – fighters killed by Israel.

In August 2007, a new version emerged, entitled Special Force 2. Based on the 2006 Lebanon War between Hezbollah and Israel, the game was produced by Hezbollah. Available in Arabic, English, French and Farsi, the game allows players to take on the role of a Hezbollah combatant in a 3D environment.

A number of Islamist websites include forums for women. Examples include www.al-hesbah.org/v, www.shmo5alislam.net/ and www.al-faloja.info/vb. The objective of these forums is essentially indoctrination. They encourage women to carry out suicide attacks, for example, by posting biographies and testaments of female martyrs from Islamic history and modern times. They also promote jihad by citing various Fatwas on jihad and martyrdom, urging women to take an active role or at least support its fighters.

In Al-Hesbah forum, a writer called Umm Hamza Al-Shahid posted a July 2007 message titled "Secure Yourself a Chandelier under the Throne [in Paradise]," encouraging Muslim women to carry out suicide bombings. The posting includes this call: "Sister, do you fear the horror of death and the agony of dying? Don't you wish for such an end – an easy transition from this world to Paradise, without pain or agony… Since death is inevitable, why should we not leave this transient [world] in our best capacity, [that is,] as martyrs?"

In the ninth issue of Sawt Al-Jihad, or Voice of Jihad, Al Qaeda's online magazine was the first in a series of postings targeting women, including a special section for women and attempting to recruit women for terrorist attacks.

One of the articles, "Um Hamza, an Example for the Woman Holy Warrior," tells the story of martyr, the late Um Hamza, as told by her husband: "Um Hamza was very happy whenever she heard about a martyrdom operation carried out by a woman, whether it was in Palestine or Chechnya. She used to cry because she wanted a martyrdom operation against the Christians in the Arabian Peninsula."

Later, Al Qaeda launched its online women’s magazine called Al-Khansa, named after an early Islamic poetess who wrote eulogies for Muslims who died while fighting "infidels." The website gives advice on raising children to carry on the jihad, providing first aid for a family member injured in combat and physical training needed to prepare for fighting.

The magazine’s goal seems to be teaching women married to Islamists how to support their husbands in their violent war against the non-Muslim world. An early article reads: "The blood of our husbands and the body parts of our children are our sacrificial offering."

Likewise, a series of messages regarding the Muslim woman and her role in supporting war on the West emerged on jihadist forums. One document, titled "What Do the Mujahideen Want from a Muslim Woman?" was written by Abu Omar Abdul Bar, a leading Muslim writer, and charges that the war launched by the West against Islam is not limited to direct military action. It also seeks to affect changes in economic, social and character. In this regard, Abu Omar suggests that the enemy attempts to alienate Muslim women within their community and "spoil them."

Opposed to the Western desire to make a "cheap commodity" of women, the message advocates the role of a woman as a mujahid, citing examples of female mujahideen in Muslim history. Abu Omar writes that a Muslim woman should feed her sons "gunpowder with milk," adding "we want from her to be a factory of heroes and her house to be a lion’s den."

These examples are only a few from numerous online sties, but the trend is clear: Terrorist finetune their appeals, sharpening their messages according to narrowly defined sub-populations. Success, according to advanced marketing theory and research, is guaranteed.

Sophisticated persuasion is more likely to succeed when the medium, stimuli, appeals and graphics are tailored to specific receivers. Increasing participation of women and youth in suicide terrorism may serve as alarming signals of narrowcasting's success.

Gabriel Weimann is professor of communication at Haifa University, Israel and a former senior fellow with the United States Institute of Peace. He has written widely on modern terrorism, political campaigns and the mass media. This report distills some of the findings from an ongoing 10-year study of terrorists’ use of the internet. Click here to read an excerpt from his book, Terror on the Internet: The New Arena, the New Challenges, published in April 2006. Rights: © 2008 Yale Center for the Study of Globalization. Yale Global Online