1,53,336 acres of land has been affected in the wildfires that have caused widespread loss of human lives and habitation. Three firefighters have been injured during efforts until now. 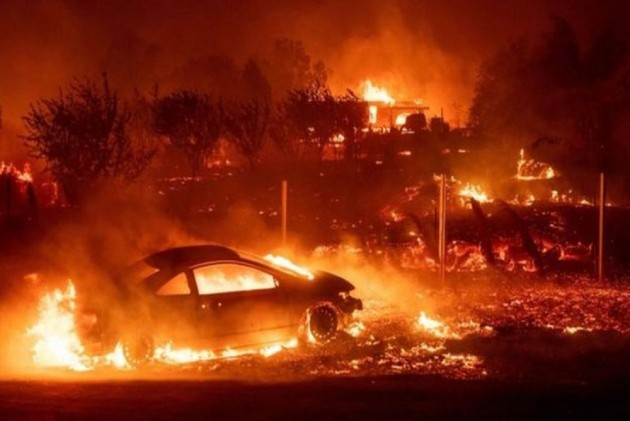 The Unified Command Agencies announced that the California wildfires that broke out on November 8 have finally been fully contained. Furthermore, officials found more bodies after and confirmed that the death toll has increased to 85.

"The fireline that remained uncontained has now been contained, bringing containment to 100 per cent. Fire suppression repair personnel continue to conduct rehab where possible," an incident update issued by the agencies mentioned.

1,53,336 acres of land has been affected in the wildfires that have caused widespread loss of human lives and habitation. Three firefighters have been injured during efforts until now.

The cause of the fire is still under investigation, according to the Command agencies that are made up of CAL FIRE, Butte County Sheriff Department, Paradise Police Department, and the US Forest Service. On the other hand, the incident is being classified as "vegetation fire".

Parts of the California state were left ravaged when massive wildfires spread, decimating thousands of homes and forcing residents to abandon their homes and flee for shelter elsewhere. Hundreds of residents still remain missing, as efforts continue.

Virtually every home in Paradise, located 80 miles (130 kilometers) north of the state capital Sacramento, was destroyed by the fire, which was driven by high winds.