The Dhaka attack has sent shockwaves through Calcutta which identifies itself with it as a "close cousin". 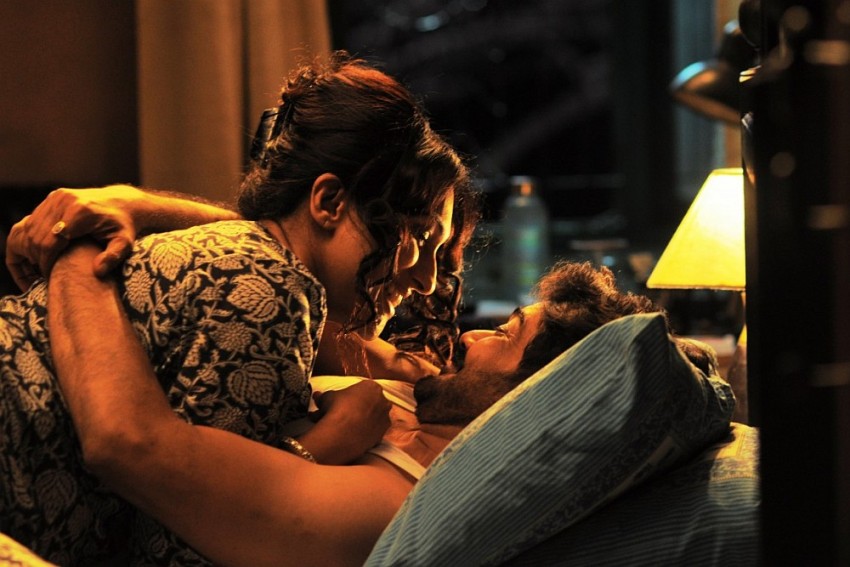 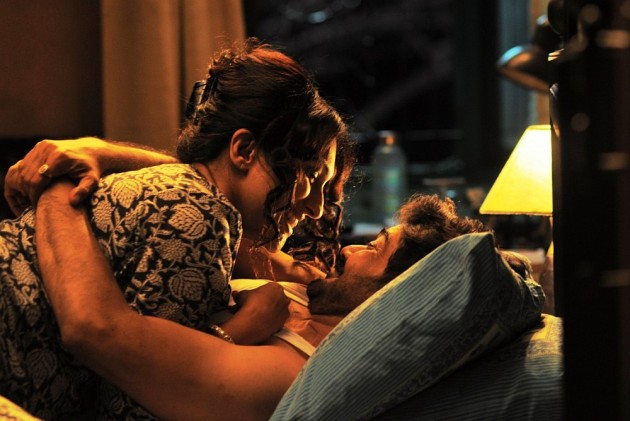 The much-hyped comeback film Prakton (Former) starring Prosenjit Chatterjee and Rituparna Sengupta who had earlier refused to work together because of personal and professional issues has created a great deal of controversy in Calcutta. Though the film, directed jointly by Siboprasad Mukherjee and Nandita Roy, is running successfully in theatres for the past three weeks, the message in the film that a woman needs to adjust in order to save a marriage has rankled not just feminists but women — and some men — in general.

Rituparna plays the role of an "independent-minded" architect who falls in love with and marries a Calcutta-based tour guide played by Prosenjit. While he spends time away from the marriage on his work tours, her own focus on her work is not acceptable to him. After much conjugal squabbling and ego clashes, she walks out. In walks the second wife, half his age but eager to please the in-laws. Her philosophy in life is simple: "first five years, bend over backwards to appease everyone from his mother to his sisters, aunts and cousins and soon everyone will be eating out of your hands." This manipulative message seems to be the "moral" of the story and when the two women meet accidentally on a train, the divorced woman gets her life's lesson.

While the outrage it created is reassuring, equally disturbing is the number of people — including women — who endorse the message. "I think it's a very practical thought," said Jhumu Mukherjee, a 59-year-old manager working in the hospitality industry. "I have done it myself. My mother-in-law had different standards for me and her daughter, allowing her to go out late nights, party, drink, smoke and really get away with everything. I was expected to come back from work early, cook, clean and serve food on the table. It did anger me but I never showed it. This acquiescence paid off. When my sister-in-law got married and left the house, I was running the show. I had become the head of the household. I have instilled my daughter with the same values. It's the only way to save a marriage." Calcutta-based actress Swastika Mukherjee, among those to be outraged by the film's message said, "It is shocking. Me and many of my friends wanted to tear down the screen." The content of the film notwithstanding, it is technically sound, with crisp editing and cinematography. Music is particularly delightful, especially the song "Bhromor Koi O Giya" (Go tell) rendered by Surojit Chatterjee and "Tumi Jakey Bhalobasho" (The one you love) by Anupam Roy and Shreya Ghoshal.

Learning from the past

In her second term in office, Mamata Banerjee seems intent on addressing the wrongs her administration was accused of during her first term. This week she has had her police go after Syndicate goons — gangs affiliated with the ruling party, who run construction material companies known as syndicates and who became notorious for extortionist tactics — and warned them of dire consequences. During the last five years, these companies intimidated builders, threatening them to procure construction material only from them creating a virtual monopoly. Developers had complained that most often these materials were substandard and highly overpriced but they had no option but to fall in line.

In fact, the collapse of an under-construction bridge on Calcutta's congested Vivekananda Road which resulted in deaths of 20 people was linked to syndicates who supplied shoddy construction material. A north Calcutta householder, who had kept his plans for demolishing a part of his decrepit house and reconstructing it for days fearing these syndicates, suddenly found himself visited by police. "They reassured me to go ahead with my renovation plans." Political observers commented that such action reveals that having got an overwhelming mandate from the people of West Bengal — winning 211 out of the 294 assembly seats — Mamata feels a deep sense of responsibility to deliver good governance.

Crisis in the Congress camp

Even Congress leaders don't deny that their presence in West Bengal has not been much to talk about since their rout in the 1977 elections when the Siddhartha Shankar Ray government was overthrown by the Communists. But a ray of hope appeared for them at the end of the long tunnel of oblivion when these past elections they overtook the Left — also a diminishing force in West Bengal — to become the principal Opposition party in the state. But a rather ludicrous inner-party tussle this week threatens to undo whatever little credibility they gained lately.

The problem started when former state Congress chief Manas Bhuniya insisted that he be made chairman of a little known committee called the Public Accounts Committee. However, the rest of the state Congress brigade including current state Congress chief Adhir Ranjan Chowdhury urged him not to push for it as they had already decided that the post would go to their election partner, the CPI-M. The Congress had even decided on the name and it was to be CPI-M MLA Sujan Chakraborty. It was largely seen as a way to keep the rather weak adhesive holding the Congress and Communists together from completely collapsing. Bhuniya's urgent pleas to Chowdhury to reconsider and make him the chairman instead became public when Chowdhury leaked the private SMSes that Bhuniya had sent him to the media. An angry Bhuniya who said he felt hurt and betrayed has decided that he will not let go while his party colleagues are wondering what the fuss is all about considering that the chairmanship of the PAC is hardly an important post for which to lose his dignity over. "At a time when we are trying to keep our hard-earned credibility alive, Manasda's tantrums are very unwelcome. What will people think of the Congress leadership?" a state Congress leader told Outlook. In the meantime, the two options left for the Congress is to either expel Bhuniya or take the fight to the High Command in Delhi, whose decision will be final.

"Is romanticization of the militant on the rise in our country?" This was a topic of an informal discussion in a Calcutta college campus after the death of Burhan Wani, the 22-year-old Kashmiri militant generated frenzied protests in the slain militant's state. Those who disagreed observed that it is not a new trend but that history is replete with previous examples. "We must remember that Che Guevara who is considered a hero in most parts of our country was ultimately a militant," said a political science research scholar. Those who agreed with the motion that hero-worship of militants is on the increase, pointed out that while "history throws up one or two names, today hundreds of terrorists and traitors are gaining following." They cited examples of the alarming rise in the fan following of international Islamic militant group ISIS as well as how the "anti-India sloganeers in a university campus in Delhi triggered a chain reaction amongst radical students in other parts of the country."

No gun, only gaan

The Dhaka attack of last week (in which terrorists seized a coffee shop, taking hostage and killing 20 including mostly foreigners) followed by another on a congregation of devotees praying during Eid celebrations at Kishoregunj, 140 kilometers away, have sent shockwaves through Calcutta which identifies itself with the Bangladeshi capital city as a "close cousin". The traditional Ghoti-Bangal rivalry (a mock-fight between the original inhabitants of western Bengal (Ghotis) and those who migrated from eastern Bengal, now Bangladesh (Bangals)) has suddenly become much muted with Ghotis coming out in support of Bangals as "one the most gentle people on this earth."

Expressing concern over growing incidents of violence in Bangladesh including the recent killings of secular bloggers, a Ghoti married to a Bangal, (his in-laws migrated to West Bengal from Bangladesh after Partition) said, "In our home, like in many parts of our state, the Ghoti-Bangal fight often takes on a rather serious turn with each accusing the other of everything from meanness to miserliness. But one thing I would never associate with a Bangal is violence. They are cultural people for whom 'gun' has traditionally meant 'gaan' (song)."

While such generalizations are difficult to establish, commentators are pointing out that when Bangladesh (earlier known as East Pakistan) gained independence from Pakistan in 1971, it was indeed over the issue of "Bengali" language and the Bengali culture rather than religion. Its main struggle was to break free from the religious division that was being imposed on it by Pakistan. That the youth should now take to the gun using religion as its main motive is an alarming development and political parties of that country must take it as a warning. The country's very foundation has been shaken.