Though suspended Trinamool MP Kunal Ghosh has been named by the CBI, rumour has it that the agency is zeroing in on some “very influential and top politicians” including those of the ruling party 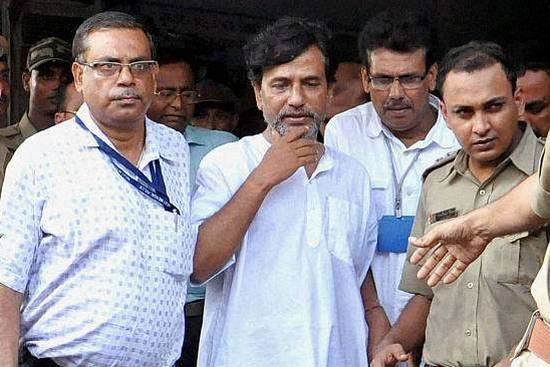 The CBI today filed its first charge sheet in the multi-crore Sarada scam naming the company chief Sudipta Sen, close aide Debjani Mukherjee and suspended Trinamool MP Kunal Ghosh, five months after it was ordered by the Supreme Court to probe the case.

Though the Central investigative agency has not yet named others, for some reason some Trinamool leaders and members are coming out and protesting and defending themselves even before being formally accused.

For instance, out of nowhere, the son of Mukul Roy, general secretary of the All India Trinamool Congress, while addressing a crowd, suddenly blurted out, “I can guarantee that no one can prove that either me or my father has ever met Sudipto Sen (the Saradha chit fund boss).” This was a strange utterance. Because there are not only several eye witnesses to meetings between his father and the chit fund boss (including Sudipto Sen’s driver Arvind Chauhan) but one television channel has reportedly beamed videos of the two of them together.

Of all the people denying knowing—or even ever seeing—Sudipto Sen—the most ludicrous are the claims of those about whom reels and reels of footage exist, showing the two together in happier times. Some are even claiming that videos were doctored! At this rate, only God (and perhaps Sudipto Sen) knows whom he actually knows.

“Because of the actions of some people we are getting a bad name,” Fatima Khatoon, a 17-year-old girl said to me, confessing that suddenly she feels stigmatised by society.

She lives in a congested shanty with her parents, brothers and sisters, just behind the two-storey apartment in Khagragarh, where a bomb exploded on October 2, blowing the lid of a terror network that has thrived in the state since the last seven years.

“I wear a burqa when I go out and I can feel people look at me suspiciously when I go to the market or even just walk down the street and I feel ashamed of myself.” Fatima, who dropped out of the government school where she studied because her parents could not afford to educate her further, is of course referring to her neighbours, the terrorist gang that was operating the bomb-making squad within a one-kilometre radius of her own home.

In the accidental blast which killed two men and injured a third, what rattled the girls and women of the area (and really throughout the state) was the involvement of two women, who “judging by the way they looked on television cameras when they were being arrested looked so normal, just like us.”  These are the words of Fatima.

Indeed, ironically, the actions of religious terrorists most hurt those who belong to that religion because they bear the brunt of society’s backlash and wrath. But if Fatima was to think a little deeper then she would find that it is not just the terrorists, abusing the sacredness of her religion, who are responsible for her plight.

It is the politician who equates Islam with Islamic fundamentalism either mistakenly or, more likely, deliberately, in order to stay in power. The appeasement of Islamic fundamentalism for capturing the Muslim votebank is the surest way of alienating the Muslim votebank. Because one day Fatima will realize that her neighbours, the terrorists, are there because they were allowed to be there.

Good sense has not yet prevailed on the Jadavpur University Vice Chancellor and so he has still not resigned. For someone who was accused of acting in a cowardly manner (instead of addressing the grievances of angry students who were protesting the molestation of a girl inside the campus, he called the police—who beat up the students and dragged them away—and later claimed that he was scared for his life), the VC seems to be blessed with a rather thick skin. Because he seems unperturbed in the face of a huge movement of criticism that has grown around him. Known as “hok kolorob”(let there be protest), it has snowballed into an international movement of sorts with protesters joining in from across the world via Facebook and Twitter and has the solid backing of the Jadavpur University Teachers’ Association (JUTA).

End of an Era

At a time when two of Bengal’s biggest and most prestigious football clubs—East Bengal and Mohan Bagan—are under the scanner for corruption (with top bosses being questioned by the CBI—and in the case of East Bengal, even arrested—in connection with the chit fund scam) there is more bad news for football lovers. Mohammedan Sporting, the football club which boasted an international legacy, with players hailing from faraway Middle East, is reportedly shutting shop. A huge financial crunch is said to be among the reasons being attributed.

Back of truck doodle:

I call you every day, but you don’t come…
I’m a beggar for love,
Don’t you understand?”