What Makes India The Deathbed Of Global Automakers?

For an economy that was projected to reap the benefits of demographic dividend—with 12 million people entering the working-age population of 15-59 every year—this growth was lacklustre. 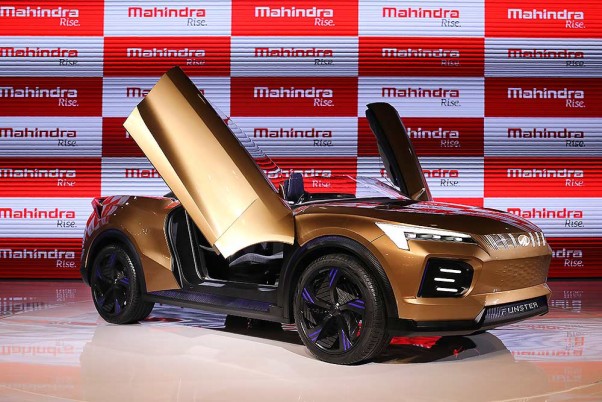 The news of Ford Motors halting production of cars in the country comes at a time when the government is rolling out the red carpet for manufacturing companies to make in India. The American firm had invested around $2.5 billion at its Chennai and Sanand plants and had incurred losses of $2 billion over the last 10 years.

Prior to Ford, two more American firms- General Motors and Harley Davidson have given up on manufacturing their vehicles in India, citing a lack of demand for their products.

What, then, is the reason behind the world’s fourth-largest automobile market not being attractive enough for manufacturing by the big companies of the world?

Foreign automobile manufacturers had set up their plants in India on the assumption that there would be a rise in the demand for high-end cars in the country.

On the back of these assumptions, Ford India, at the beginning of the last decade, had targeted to become India’s third-largest automaker by 2020. According to World Bank estimates, India’s GDP grew at a CAGR of 7.35 per cent from 2003 to 2010. Most automakers believed that the same would continue over the next decade, doubling the income of Indians. Unfortunately, those assumptions never turned into reality. According to Statista.com India’s per capita income in rupee terms grew at a CAGR of just 3.74 per cent between 2011-12 and 2020-21.

For an economy that was projected to reap the benefits of demographic dividend—with 12 million people entering the working-age population of 15-59 every year—this growth was lacklustre. Much against the rosy projections at the beginning of the previous decade, a large number of Indians have managed to find low-end jobs in this period, and the pandemic has made the situation worse.

According to Gaurav Vanghal, associate director at IHS Markit, “Between 2011 and 2019, the light vehicle market grew at a CAGR of just 2%. At this level of market growth, it's not possible to sustain for most companies. It was the same story for GM and now Ford. Most people are just replacing their old cars and first-time buyers are gradually reducing in the market.”

Another factor that has troubled the automakers in India is the unstable policy regime for the sector. The government chose to put automobiles in the highest tax slab of 28% under GST, when it was introduced in 2017. The effective tax rate on most vehicles touches 43% due to compensation cess that ranges from 1% to 22%.

The implementation of Bharat Stage VI standards also cost car manufacturers a bomb. The transition from Bharat IV to Bharat VI standards cost each company anywhere between Rs 150 Crore and Rs 200 Crore for each platform. A company like Mahindra—which broke its platform sharing tie-up with Ford in 2021—had 10 vehicle manufacturing platforms. If this was not all, government think-tank NITI Aayog had proposed phasing out all diesel engines by the end of this decade. While the government had clarified later that no such proposal would be accepted, the automakers could not ignore the impact such a policy would have on their operations and long-term investment plans.

The per capita income of Indians may have grown at a meagre 3.74 per cent in the last decade but the cost of owning a car has increased significantly. According to a report published by Edelweiss Research in 2019, the cost of vehicles in India was slated to increase by 13-30 per cent in the FY19-21 period. If we take into account the decadal increase in the cost of ownership of cars, it would be well above 100 per cent. Add to it the rising cost of fuel, and driving a car in India becomes a truly elite experience.

Automotive writer and analyst Ranojoy Mukerji points to the increase in the price of cars over the last 10 years. “ Look at Toyota Innova which was launched at the cost of around Rs 7 Lakh in 2005. Today it costs Rs 14 lakh. Take the cost of any car model over the last 10 years, every car maker has had to increase the price of cars due to increase in the input costs, including the excise duty. When petrol and diesel sell for Rs 100 a litre, the existing car buyers may continue to drive their cars, but it dissuades first-time car buyers from making a purchase.”