Rishad Premji urged thousands of Wiproites to take the work of IT czar Azim Premji to newer heights in an e-mail, a day after the company's board appointed him to the top executive post. 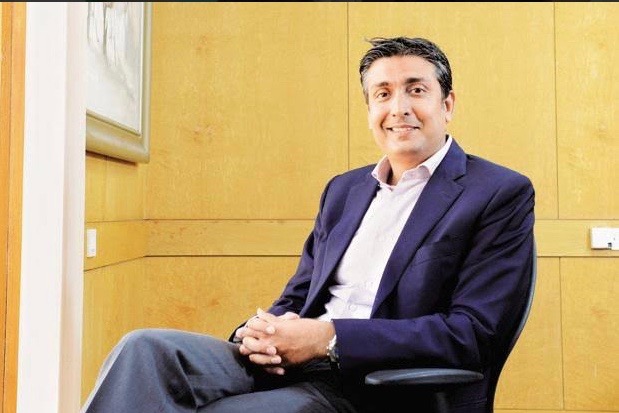 Wipro's Chairman-designate Rishad Premji on Friday urged thousands of Wiproites to take the work of IT czar Azim Premji to newer heights.

"As Premji retires on July 30, leaving behind a rich legacy, the only way to thank and express gratitude to him is to take his global software major to newer heights," said Rishad Premji in an e-mail to the employees a day after the company's board appointed him to the top executive post.

Rishad Premji, 41, is the eldest son of 73-year-old billionaire Azim Premji, who built-up a tiny business into a successful firm in a span of 53 years as its Chairman and Managing Director since his return from the US in 1966. His return followed the sudden death of his father Muhammed Hashim Premji, who founded Western India Vegetable Products (Wipro) in 1945 to produce cooking or edible oils at Amalner in Maharashtra's Jalgaon district, about 410 km northeast of Mumbai.

Noting that his father demonstrated that a successful business could be built ethically and be driven by social purpose, Rishad Premji called upon the techies to chart new paths and win new frontiers while consolidating the company and upholding its rich values.

"Premji's contribution and achievements go beyond the success of our company. He is among the global pioneers of the IT industry. He has reshaped the world of Indian business, demonstrating that success can be achieved with commitment to integrity," Rishad Premji said.

Though Rishad Premji joined the $8.5-billion IT behemoth in 2007, he rose from the ranks to be its Chief Strategy Officer and a whole-time director since September 2010, under the guidance and mentorship of Azim Premji.

"Premji will be on the company's board as a non-executive director and Founder Chairman. He will also invest his time and energy for the philanthropic causes of the Azim Premji Foundation but will always be available for counsel," said Rishad Premji in the e-mail, accessed by IANS.

Salute to a great leader Mr Azim Premji as he hands over the baton to a very exciting captain, @RishadPremji Past Chairman of @nasscom who promises great potential for all key stakeholders of the @Wipro family and the IT Industry in general. Very proud of you @RishadPremji pic.twitter.com/vg7iapJ5Qa

Observing that the company's belated success touched Azim Premji's social conscience, inspiring him to dedicate the major part of his personal wealth to philanthropy, Rishad Premji said his father served and touched the lives of the most disadvantaged people in the country.

"Our great strength is our people. I know this as I have been a part of the team for the last 12 years and had a chance to work and engage with many of you. Our commitment and focus on our clients powered by technology prowess is at the heart of our success," he said.

#AzimPremji leaves behind in Wipro a rich legacy of a great culture, gold standard governance practices and a driven organisation. His new move will give him time to pursue his passion for philanthropy . Rishad is an able successor-very thoughtful, smart, amiable and experienced.

Admitting that he was conscious of carrying the company's legacy as his new responsibility, Rishad Premji said he felt a sense of humility and a surge of energy to take over the top post from July 31.

"Humble in success and resilient in adversity is our character. Commitment to our values, always unyielding on integrity, is at our core. It is my privilege to be part of such a team," he added.