According to analysts, the high-frequency indicators may indicate the recovery of the domestic economy 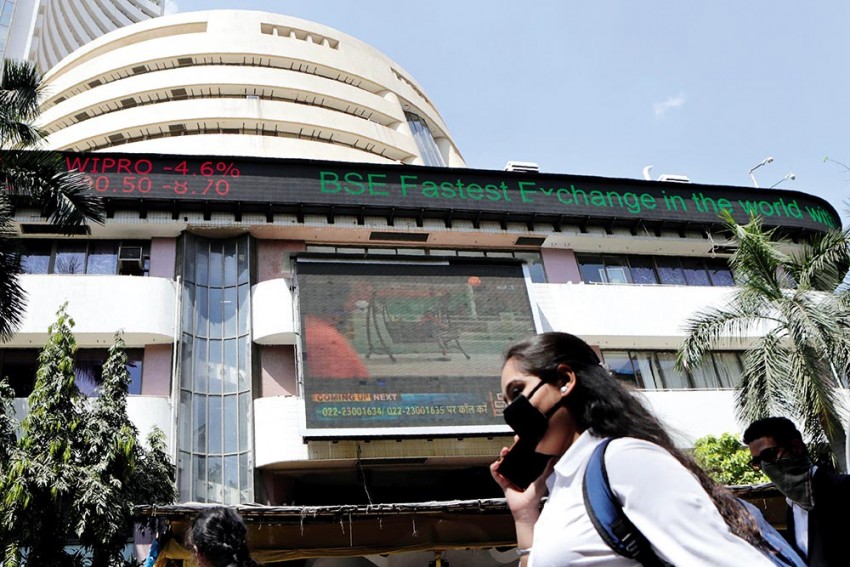 The benchmark BSE Sensex surged nearly 750 points and NSE Nifty rallied over 232 points on Monday as investors cheered the domestic economy returning to positive territory after two-quarters of contraction.

Of the Sensex constituents, 29 closed with gains.

Top performers were PowerGrid, ONGC, Ultratech Cement, Asian Paint, Kotak Bank and Titan – rising as much as 5.94 per cent.

After two consecutive quarters of contraction, the Indian economy has finally entered an expansionary path.

The Gross Domestic Product (GDP) grew 0.4 per cent in the October-December 2020 period compared with the same period a year back, data released by the National Statistics Office on Friday showed.

Analysts said the high-frequency indicators were pointing towards the fact that the domestic economy is slowly entering the recovery path.

Foreign investors had sold equities worth Rs 8,295.17 crore on a net basis on Friday, as per exchange data.

Elsewhere in Asia, bourses closed significantly higher amid some stability in bond markets after last week’s turmoil. Further, progress in the US stimulus package also lent some support to investor sentiments globally.

Meanwhile, the global oil benchmark Brent crude was trading 0.88 per cent lower at USD 65.39 per barrel.

On the forex market front, the rupee dropped 8 paise to end at 73.55 against the US dollar.

Rupee Lowers 8 Paise; Settles At 73.55 Against US Dollar