Dr KP Krishnan, who was former Secretary at Goverment of India, makes short term, medium term, and long term recommendations for the government to help the MSME sector. 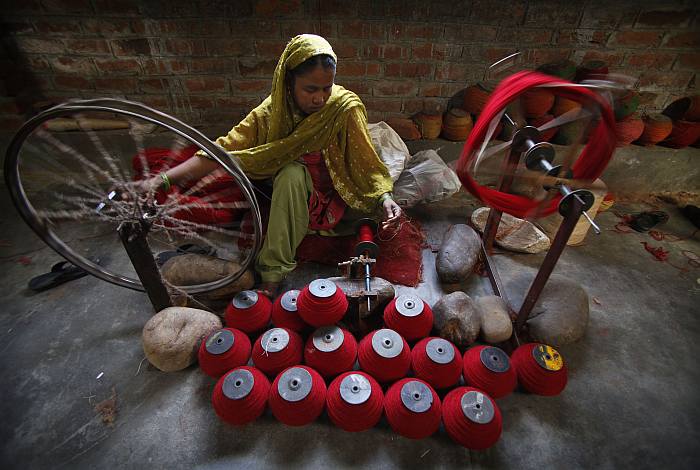 Covid-19 has posed a big challenge for over 55 million Micro, Small and Medium Enterprises (MSME) in India. The MSME sector, according to various estimates, employs over 120 million people, accounts for 31 per cent of the country's GDP and 45 per cent of exports. Dr KP Krishnan, former secretary, Ministry of Skill Development and Entrepreneurship and Chairman of Global Alliance for Mass Entrepreneurship’s (GAME) National Task Force for MSMEs has recommended measures to help revive MSMEs impacted due to Covid. GAME’s MSME Task Force, also constituting other industry experts, believes that the current crisis gives a unique opportunity for progressive and modern reforms for MSMEs. Excerpts from interview:

Why did you float a national task force - Global Alliance for Mass Entrepreneurship (GAME)?

A majority of MSMEs in India were already struggling to cope with the demonetisation, GST and a slowing economy when Covid-19 hit the country. Even pre-Covid, the sector was cost uncompetitive and many small firms were perennially stuck in a vicious cycle of informality, low productivity and remaining stunted. MSMEs are the backbone of the economy and are critical to our supply chains as India has six crore MSMEs and they constitute 40 per cent of the non-farmer employment. The sector urgently requires financial and regulatory support to keep businesses afloat, restart operations and retain jobs. In line with this vacuum created by multiple factors, we launched the task force to provide recommendations for the MSME sector, aimed at central and state governments, the private sector, and industry associations. It will also cover short and medium-term actions and long-term strategies that will create an environment where MSMEs can flourish.

What are your recommendations to the government for the MSME sector that offers employment to over 120 million people?

Our recommendations to the government are in three parts—short term, medium term, and long term. The short-term fiscal relief measures are aimed at helping business survive, like enabling banks to support existing loans on MSMEs via a credit guarantee fund and ensure easy repayment options for higher recover, or setting aside funds specifically directed at nearly 1 crore new-to-credit MSMEs with a condition to ‘formalize’ informal businesses, to name a few.

Under the medium term, structural reforms have been recommended to help businesses revive by improving the ease of doing business. To get started, the government must rationalise compliances through a detailed assessment of associated laws. It is astonishing to note that currently there are 58,000 compliances in India across sectors, states, etc. leading to significant duplication and enhancing complexity with 50 per cent of these being labour compliances. Further, they could support the sector through private and social partnerships leading to clear governance of industry associations, a support network for MSMEs and compliance on payables.

Finally, the long-term recommendations are split into two phases—thrive and sustain. We have recommended creating a pipeline of entrepreneurs by investing in education and incubation by making an entrepreneurship curriculum compulsory in schools, ITIs, and colleges, and by promoting tinkering labs, entrepreneurship cells and incubators in every school and college. As a follow-up on this, the government should introduce sector-specific initiatives to create a thriving entrepreneurial ecosystem (priority sectors to be identified for each state). To sustain this ecosystem, we recommend setting up a mission-focused organisation under a credible industry leader to deliver execution intensity and governance.

But isn’t the government aware of these problems? How will your recommendations expedite the decision-making process?

Yes, the government is aware of these problems and has taken significant steps to overcome them. However, to support the push around programmes like Atmanirbharta (self-reliance) while benefiting from the shifts in global supply chains, India has to create a massive entrepreneurial movement by 2030 to aggressively pursue local and global opportunities. An entrepreneurial ecosystem with millions of firms in 300+ cities has to be created by carefully combining factors such as ‘Seed’ (education levels, the degree to which young people have ambition and an entrepreneurial mindset), ‘Soil’ (infrastructure, connectivity, access to markets, access to credit/capital) and ‘Climate’ (local culture and key enablers). In this direction, we believe our recommendations will provide the government with adequate foresight to expedite the decision-making process.

Union Minister Nitin Gadkari offered a solution, which is “focusing on import substitution and export orientation”. It sounds great but do you think the government is open for progressive and modern reforms for the MSMEs to achieve that?

The government is certainly open to progressive and modern reforms for MSMEs. For example, the Ministry of Finance recently increased the import duty on bamboo agarbatti sticks from 10 per cent to 25 per cent. India is importing bamboo agarbatti sticks worth Rs 400 crore a year. This decision alone will help in creating at least two lakh new jobs in 8-12 months as agarbatti making is part of the village industry. Thousands of bamboo growers will also benefit from this decision. Such steps will bring a new wave of growth opportunities in the MSME sector. Government has started taking more of such progressive steps to support the sector and keep it moving.

What do you suggest for attracting investment in MSME sectors?

There is a need to create a conducive regulatory environment to encourage investment through GST subsidies, freight subsidies and reduced power tariffs. Further, they should reduce corporate taxation for MSMEs and anchor companies in hubs as there is ample potential to incentivise design-led companies to attract higher R&D and technology investments. Further, the government should provide tax incentives for private companies for export orders above a certain threshold.

How are MSME sectors planning to attract a labour force?

Government has made various efforts to not only sustain the labour force but also attract them. For example, the budget allocation for MGNREGA (Rs. 61,500 crores allotted for 2020-21) has now been increased by Rs. 40,000 crores. This is expected to bring much relief to the rural poor, particularly the migrant labour force. Significant reverse migration from urban areas back to rural areas is also expected to lead to an increased demand for work under this scheme.

Recently, the Delhi government also launched its jobs portal, Rozgaar Bazaar, to connect employers and job seekers, and announced that it had received a tremendous response. They should also look at wage reimbursements for women workers at Rs 6,000 per month for five years for units employing more than one-third of women in the day shift — 50 per cent reimbursement for expenditure on developing infrastructure and equipment for farmers.

There are many SMEs, which use to also source intermediary and value-added produce from China. What would be the impact on them amid calls to boycott Chinese products?

I can only say, as I have already said earlier in the interview, to support the push for self-reliance while benefiting from the shifts in global supply chains, India has to create a massive entrepreneurial movement by 2030 to aggressively pursue local and global opportunities. Therefore, we started GAME (Global Alliance for Mass Entrepreneurship) with a mission to create 10 million entrepreneurs, half of them should be women who create 50 million new jobs by 2030.

GST Council Meet: All States Said To Have Oppose Talks About Including Petrol, Diesel Under GST