While Modi1.0 was about disruptive economics, first year of Modi 2.0 is of global disruptions. 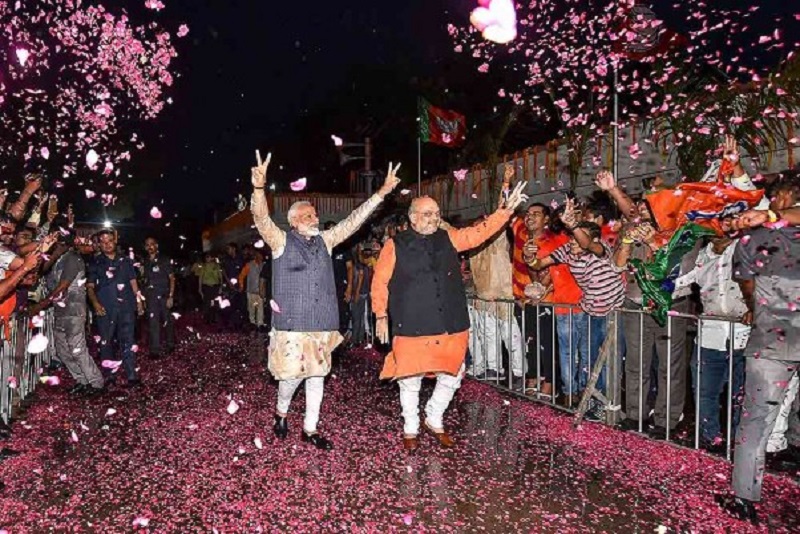 It is hard to find a silver lining when the country is grappling with a health crisis which has disrupted life and economic activities. It is not just China which has been hit by slowing economic growth, albeit a higher than average global growth, but also India, which recorded 3.1% growth in the January-March quarter, the slowest pace in 11 years, and an overall 4.2% growth in the year ended March 31, compared to 6.1% in the previous year, according to latest government data.

The growth outlook for 2020-21 fiscal seems dimmer as the Modi government marks the end of the first year of its second term in office. The recently announced government stimulus packages worth around Rs 20 lakh crore seem to have only marginally raised optimism that the economy will pick up as COVID lockdown is gradually eased across the country. The challenge is not to just boost supply but also demand.

Jaganarayan Padmanabhan, Director and Practice Leader at advisory firm CRISIL says Government faced significant challenges at the start of the second term, a slowing economy, overcapacity, private sector participation restricted to few select infra segments and this has only accentuated in the last couple of months. "We will have to wait for the next two quarters on the measures that the government takes to prime the infrastructure sector," he says.

Alok Sheel, RBI Chair Professor at Indian Council for Research on International Economic Relations (ICRIER), says at this juncture “it is very difficult to find anything positive economically or socially.” The problem has arisen due to loss of faith in the government-generated data, with many economists, including former government advisers, questioning the mismatch between GDP growth, and industrial production and export data. Sheel points out, “The level of trust on government data has declined. We get the feeling that now uncomfortable data is being held back.”

On the positive side, the former bureaucrat focuses on the initiatives taken in the infrastructure development particularly roads, the improvement in telecom and auto sector. Sheel is, however, cautious whether this is wholly due to government policy measures like the National Investment and Infrastructure Fund, initiated in 2015, and the new Rs 111 lakh crore National Infrastructure Pipeline (NIP) proposal.

Prof N.R. Bhanumurthy of the National Institute of Public Finance and Policy says that except the stimulus packages announced recently and the push to ensure funding for the MSMEs to improve supply, “there have been no headline-grabbing measures in the last one year.” In fact, though the six years of Modi government has seen many institutional changes like scaling up of the direct benefit transfers and Jan Dhan bank accounts to help the economically backward people, ripple effects of the demonetisation and poor framework and implementation of GST continue to have a negative impact. What has definitely improved over the last six years is the rural infrastructure particularly housing for the poor, cooking and power supply including in villages.

Experts point out that during the Vajpayee government tenure there was continuity in the blueprints for development but since 2014, there have been more unpredictability and policy measures whether demonetisation or GST implementation. When Modi government came back to power in May 2019 for the second time, referendum was seen as a support for its economic policies including insolvency code to check malpractices. But, the government faced tough challenges due to economic slowdown both to both internal and external factors.

On the tax side also, experts feel discretionary policies are leading to chaos, which from investors perspective is enough to create uncertainty about further moves. It is not surprising then that both domestic and foreign investment is not picking up. With the government engaged more in micromanagement instead of macro-management, economists feel many of the issues affecting the businesses and common man are not really being addressed. Only proper implementation of stimulus packages could help elevate the demand and supply issues.