Under Magnetic Maharashtra 2.0, now in its 7th edition in Dubai, the government of Maharashtra is participating between 19th November 2021 and 2nd December 2021. 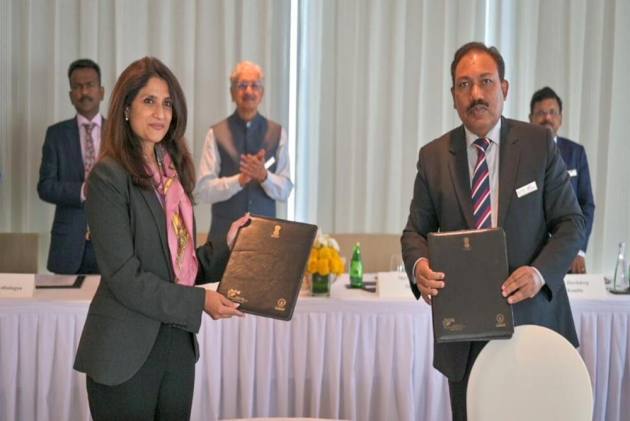 Kick-starting the Magnetic Maharashtra 2.0 initiative to draw investments to the State of Maharashtra, 25 MoUs worth Rs 15,260 crores ($2 billion) have been signed in the presence of Minister of Industries, Subhash Desai.

Under Magnetic Maharashtra 2.0, now in its 7th edition and its 1st international edition in World Expo in Dubai, the government of Maharashtra is participating between 19th November 2021 and 2nd December 2021.

Maharashtra has always been a global investment hub and is home to some of the largest and most successful business houses in the country. The state has been at the forefront of FDI inflows in India, attracting the largest share of approximately One-Third of India’s cumulative Foreign Direct Investment (FDI) inflows during April 2000 – 2020. The state’s journey has included an increase in FDI inflow from INR 2,543 Crores in 2004-05 to INR 79,216 Crores in 2019-20.

The consolidated efforts of the Industries department, their robust policies and visionary leadership of the state government has boosted industrial growth and boosted investor confidence, positioning the state to be one of the most favored investment destinations of the country, thereby flourishing the industrial sector of the state.

The MoUs signed, which have the potential to generate employment for 10,851 people, are in key thrust sectors which are auto & auto components, logistics, EV, textiles, data center, phama, bio-fuels and energy. It is interesting to note that all the interested FDI investors are of the sectors where Maharashtra has dedicated promotion policies. This signifies the importance of the state government’s pro-activeness in policy development and good governance.

Moreover, at least several companies from 6 countries such as Japan, Singapore, Sweden, Korea, Germany and Italy will be investing in Maharashtra.

Best Stocks For Trading Today: These 10 Stocks You Must Buy For Profitable Gains

13 Years Of 26/11: Most Chilling Moments From A Terror Attack That Shook The Nation

5 Top Mistakes One Should Avoid While Making A Regular Budget

26/11 Terror Attack | My City Was Under Attack, I Prayed For All The People: Sachin Tendulkar

Sachin Tendulkar / Sachin Tendulkar tells Rohit Mahajan: 'The places under siege were familiar to me... I also knew a few people who were trapped in different conflict areas'

Mumbai Terror Attack: How A 26/11 Victim And Her Family Are Earning A Living

Ushinor Majumdar / Devika was one of the few teenage witnesses whose testimonies led to Kasab’s conviction and ultimately his execution. But being victims and witnesses of the 26/11 terrorist attacks carried a strange stigma for the family.