India Lacks Leaders Like Deng Or Hu Who Can Transform Economy: Keith Grindlay

India could outperform the rest of Asia, but until it is strong enough, it will continue to be influenced by market moves outside its control.

In the backdrop of the current Chinese regime taking strong actions against new economy companies, Outlook Money/Business tried to understand where India stands in foreign investors and strategists investment horizon.

Here is an excerpt from an interview with Keith Grindlay, Managing Director, Macro Thoughts Ltd, a global macroeconomic research and consultancy firm hugely popular among senior global fund managers for its commentary and newsletters.

1) What is your comparative analysis of two Asian giants China and India?

Ans) India is the world's largest democracy, whereas China is dictated by the Chinese Communist Party (CCP), therefore the importance of maintaining a workable financial system is different, and India appears to be waking up to its potential - but needs to progress its financial markets and manufacturing potential. It continues to be cagey towards foreign investment; it knows it should be prepared to open its markets and boost its exports to compete on the world stage, but remains cautious.

India still has a way to go before it can catch up with China's influence on the global market, and it doesn’t have a leader in the mould of Deng Xiaoping, or Hu Jintao, credited with opening the Chinese economy. Whereas China has encouraged investment partnerships with countries on its borders through its Belt and Road initiative, India has been more cautious - 99% of the foreign direct investment made by investors from countries sharing a land border with India came from China - all investments from bordering countries must have Indian government approval.

India could outperform the rest of Asia, but until it is strong enough, it will continue to be influenced by market moves outside its control. Inflation (particularly food inflation), currency volatility, China's tighter regulations on foreign investment, tighter global financial conditions and slowing global growth in 2022, will all hamper and impact the Indian economic recovery and be a risk to inward investment.

India's ‘made in India’ agenda has not helped in encouraging FDI. This may push the government to react to encourage FDI - we have said that, with China going through long-term structural changes, this is an opportunity for India, if it wants to take it.

2) Where does India stand when it comes to wooing foreign fund flows? Does India have an advantage over China and other Asian markets? If yes, why?

Ans) Led by infrastructure and energy deals, India gained 13% FDI growth in 2020, one of the strongest performers in a difficult year. It has the potential to compete with China on many levels, but perhaps for too long has been held back by resistance to opening up its markets, and it continues to have supply chain issues. Lessons can be learnt from China’s growth over the past two decades, not just how a more open market can grow, but by the mistakes China has made, which are now being addressed.

The gap between Chinese and Indian Foreign Direct Investment highlights the difference between the two economies – China having proactively opened out its market for two decades. India is now trying to take advantage of China’s problems, giving tax breaks to US companies and making land available for US companies to build factories. 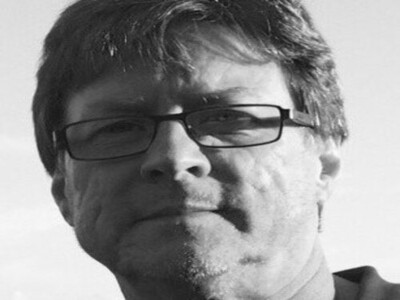 3) As a researcher, do you see Information gaps are large in the Indian market? If yes, specify.

Ans) There are always issues with data releases for economies such as India’s, which is why we tend to look at more forward-looking indicators in assessing the trend of an economy. We find the India Wholesale Price Index (WPI) to be a reasonable indicator. We appreciate the potential of the Indian economy and opportunities in its equity market but we are cautious about the efficiency of data.

4) On the Regulatory front, what are the factors overseas investors are closely monitoring before committing money to Indian markets?

Ans) There is hardly any big company in the world that does not have a presence in India, in one way or another. The Indian government has taken several initiatives to attract foreign investment, including allowing foreign companies to make direct investments in Indian firms by way of acquiring shares and debentures, providing a competitive advantage. It does, however, still have some stale laws that need to be changed, and an amendment to its shipping rules for tankers would give an advantage, at a time when global supply chains are under pressure.

Over the last several years, the rules relating to foreign direct investment in India have been progressively liberalized. Companies and entities in most sectors can be 100% foreign-owned and investments in several sectors can be made without government approval. India’s Income Tax rates are reasonable and its Corporate Tax rate has room to be lowered, while other countries raise theirs; the tax system could be simplified to encourage investments.

The withdrawal of the Indian ownership and control guidelines marks the completion of the removal of the requirement that Indian companies with foreign investment must remain ‘Indian owned and controlled.’

5) When it comes to India, what are the big issues that attract and detract foreign investors?

Ans) India is ranked in the low 60s of 190 countries for FDI, and for an economy with such potential and in need of large scale infrastructure projects, this should be higher. Indian companies have some of the highest standards of emerging market multinationals in terms of transparency and compliance. The country also has an ever-growing consumer base, making it one of the world's largest markets for manufactured goods and services, with an effective base for multi-national companies to export from.

Serious money needs to be spent on a robust infrastructure programme, and there is a need to close the wealth gap. Labour regulations remaining rigid and among the most complex in the world, while there is an issue over high corporate debt and non-performing assets.

6) As an analyst, which factors do you consider while advising your clients to invest in a foreign market? Does India fit into those parameters?

Ans) ESG investing should be of great interest to India, both as a producer and consumer. Its carbon footprint is too high, but it also can move into and expand related industries - EV cars, semiconductors, education - but must adhere to the full criteria of ESG, including social and governance, especially to attract foreign investors. I would advise budding investors that India has all the potential, but to stick with ESG investing, and to do the homework.

7) How will India be impacted by the Dollar-Yuan movement going forward?

Ans) We have been warning over the past twelve months that global inflation expectations have been too low and growth expectations too optimistic. We also forecast a slowdown in China and anticipated a correction in bond yields and commodity prices in May. Over the past five years, USDCHN has been the most important currency pair in leading currency moves and creating the simplest trading opportunities.

While USDCHN has had several long term trend changes, USDINR has headed in one direction since the financial crisis, though has largely moved sideways since the COVID pandemic. Although as a market the Yuan is relatively small, its influence on global trade and therefore global forex markets is significant. USDCHN has led Dollar moves against major currencies. Chinese authorities have made their intentions clear that the Yuan should be regarded as a reserve currency and Xi Jinping’s aim is to make the Chinese economy the most dominant.

There have been several significant long term trend opportunities for Forex traders in the Yuan since 2014 (depreciating from 6.42 to 7.00 in 2018 and 7.15 to 6.42 in 2019), particularly since the Chinese authorities moved away from tracking the Dollar and US interest rates in 2017.

The calendar year 2018 when Fed started raising interest rates could be a template of price action for emerging markets in general, for the next several years, with the comparative size of deficits being important, and those able to fund their deficits being impacted the most. G7 central banks are preparing to tighten financial conditions and the PBOC is being forced to loosen; recently, we forecast a further interest rate or RRR cut before the end of the year.