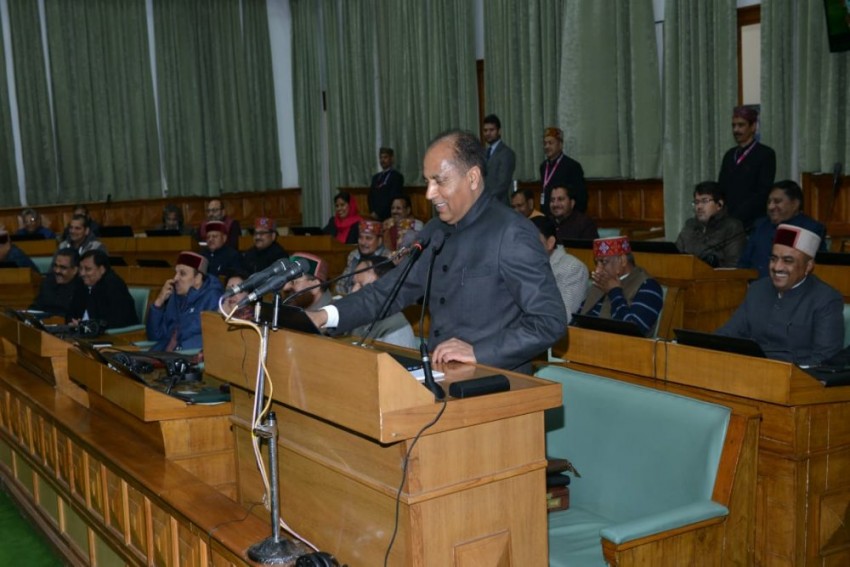 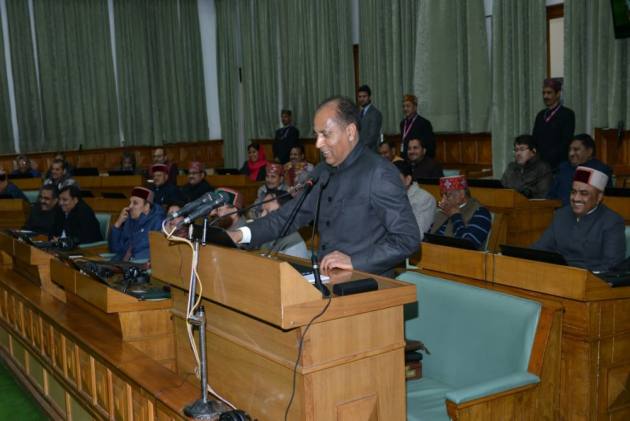 25 new schemes with a focus on education and eliminating malnutrition among children are proposed in the budget which allocates Rs 4,744 crore more than the previous budget in 2019-20.

The fiscal deficit is estimated to be Rs 7,272 crore, which is four per cent of the state gross domestic product (GDP).

Thakur, who holds the finance portfolio too, said that as per estimates there is an 11 per cent increase in revenue receipts from the hill state's own resources in 2020-21 compared with budget estimates of 2019-20.

"I believe that effective tax administration, continued support of the government of India, funding from international funding agencies, and prudent fiscal management will help us fund new and ongoing schemes."

"The growth rate of the state's economy is expected to be 5.6 per cent during 2019-20, which is more than the estimated growth rate for the national economy," the Chief Minister said.

The budget proposed to award Rs 5 lakh to every panchayat that is free from consumption of tobacco in any form.

The government proposed to provide mid-day meals under the 'Swasth Bachpan Yojana' for pre-primary children. In the existing midday meals scheme, students in elementary schools will be provided extra nutritious food.

Thakur said 80,000 youths would be given skill development allowance. For this, an outlay of Rs 100 crore has been proposed.

To increase the incomes of farmers, a new variety of 'heeng' (asafoetida) would be promoted in high-altitude areas of Lahaul-Spiti, Kinnaur and Chamba districts.

For further promoting natural or organic farming, Thakur said the government would aim to bring 20,000 hectares under such farming with an outlay of Rs 25 crore.

In the past two years, 50,000 farmers have been covered under natural farming. This number will be doubled in the next fiscal.

The Chief Minister said that the construction of Renukaji Dam Project (40 MW), which will generate electricity for the hill state and quench the thirst of the national capital, will start in 2020-21. It would be built with an outlay of Rs 6,947 crore.

Before Yes Bank, Moratorium Was Imposed On These 8 Banks Since 1999