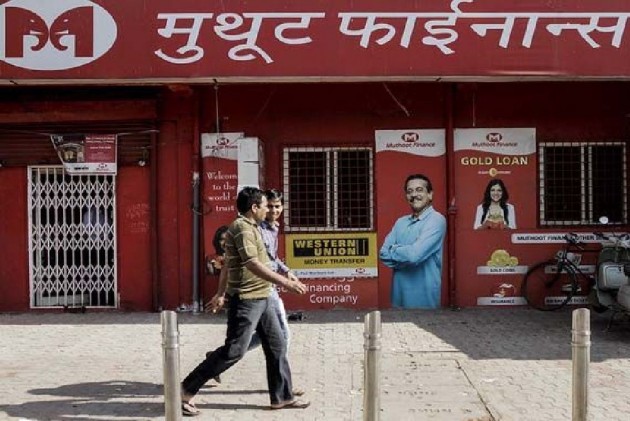 Like the two tuskers sizing each other up in its logo, the management of gold-financing giant Muthoot Finance and its employees’ union have been enwrapped in a stand-off for over a month in Kerala.

Since August 20, the Muthoot Finance Employees’ Union (MFEU) has been on a state-wide strike alleging various “anti-labour practices”, including unfair salary structure, lack of increments, excessive pay-docking, cuts in incentives, punitive transfers and arbitrary suspensions, among other grievances.

The rather uncivil war has played out in full public view. Even as more than 300 branches – over half the NBFC’s presence in the state – remain shuttered, its ownership, most of the managerial cadre and a section of the employees say that a majority of its roughly 3,000-strong state workforce is being “forcibly prevented” from working by “vested interests”.

Muthoot Finance has also closed down some 45 ‘non-performing’ branches and has even “threatened to wind up operations in its home state. Caught in the middle is the ruling LDF government, which has been measured in its response since the MFEU is backed by CITU, the CPI(M)’s hugely influential trade union wing. At the same time, Chief Minister Pinarayi Vijayan’s government is trying to rehabilitate Kerala’s business-unfriendly and investment-averse reputation.

What has transpired is a compelling crisis that has not been short on drama or disinformation with members of the family-owned parent company, Muthoot Group, staging sit-ins at its Kochi headquarters. Hastily-convened press conferences have been called to often rebuff the points made by the other side. They have also been reluctant participants in the four rounds of conciliatory talks convened by the state labour ministry.

In an incongruous image, the head-load workers -- CITU’s blue-shirted poster-boys – are standing in solidarity with white-collar workers at the protest sites, raising the traditional battle-cries for a labour dispute in Kerala. The situation has occasionally deteriorated into violence, including scuffles. For the past week, a cordon of policemen – ordered by the Kerala High Court to remove impediments to work – has been roped in to keep the peace.

“The police is just there as a token presence. They don’t offer much protection to those who want to work. We need to bring in the CRPF,” said the manager of a branch shut by the strike, speaking on condition of anonymity in fear of retaliation. To make matters worse, he said, the court order prevents the company from temporarily transferring non-striking employees to working branches.

“We have been out of work for the past month. I can’t even get in to open my branch, which has no union members, without threats being issued to me and my family. Even women aren’t spared. It is a pathetic situation,” said the manager, adding that this was the worst episode of his decade-plus service.

The protestors, however, say that what was pathetic was the reluctance by the country’s largest gold funding corporate (in terms of loan portfolio) to provide a fair wage. “Why can’t a company that earned over Rs 2,000 crore profit last year and can afford to be the chief sponsor of an IPL team or get Bollywood superstars for its advertising campaigns, provide a living wage to its loyal employees,” said a junior relationship executive at a Trivandrum branch.

“Some of us have been with Muthoot Finance all our careers and are still earning less than what some housemaids make,” she said. According to her, the managers and senior staff draw the highest salaries and get the best perks while someone who had finished 20 years of service in a junior position gets only Rs 15,000.

Like most of her nearly 700 fellow protestors – CITU workers make up the bulk of the numbers – across the state, the executive said she joined the MFEU when it was founded in 2016. “The management immediately suspended many of us and that brought about the first protest. After a couple of weeks, we reached an agreement. Even last year, we had protested after the management refused to recognise the union. We forced them to back down,” she said.

The Muthoot Group has repeatedly said it would not budge. It appears to have little incentive to do so. Kerala accounts for less than five per cent of its business growth -- a figure poised to shrink further with the strike eating into profits during the traditional wedding season.

“Grievances are natural and should be addressed amicably, but the company is not known for labour unrest. While employees lose work, Muthoot is also losing its share in the market in terms of assets. Digitisation and GST changed the nature and character of the market. Gold loans are now available at a cheaper rate from the banks,” said D. Dhanuraj, Chairman of Kochi-based think-tank, Centre for Public Policy Research.

About the political fallout, he said: “Kerala ranks very low in the ease-of-doing-business index. Since the striking union is affiliated to the ruling party, it does not augur well for the government. It will be difficult to repair the damage in the remaining 18 months of the government’s tenure.”

The issue is compounded further by the involvement of major party figures like Vijayan’s popular political rival and former CM, V.S. Achuthanandan and CITU’s state general secretary, Elamaram Kareem. The latter has called for all the trade unions to band together in support of the protestors.

The owners have threatened to shut down the operations in the state and have appointed an accounting firm to dispose of its deposits. For consumers, the uncertainty is just as unsettling. “I sympathise with the protestors, but as a father I can only take my business elsewhere,” said Subareesh, a Gulf-returned labourer who came to a branch in the city hoping to take out a loan for his daughter’s wedding.