Women-led micro and small businesses are more prone to face instability than micro-businesses led by men, according to the study. 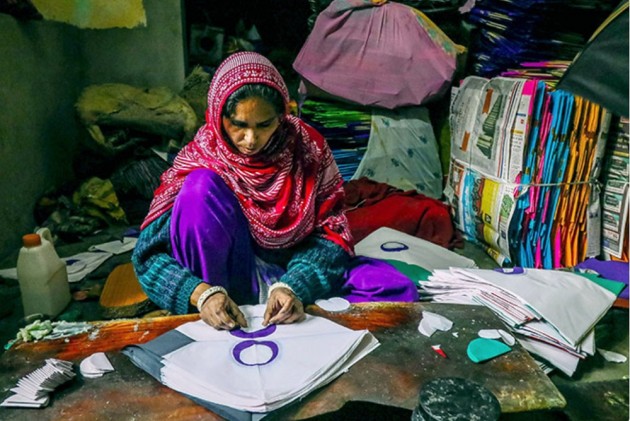 The adverse effects of the Covid-19 pandemic on women-led micro-businesses in India has exacerbated the vast socio-economic gap, finds a survey.

The survey suggests that governments, banks and other financial institutions must immediately follow effective gender-sensitive policy responses to improve the situation.

The findings are based on a collaborative study by Global Alliance for Mass Entrepreneurship (GAME) and LEAD at Krea University, Andhra Pradesh which seeks to capture the impact on micro-enterprises in India during the Covid-19 crisis through a survey. LEAD is a non-profit research organisation.

The survey started in May and will be concluding in January. The gender-specific results were for the data collected between July to August, covering about 1,800 micro-enterprises.

The study monitors key trends on the impact of the crisis and government-mandated lockdowns on business livelihoods, employment, and the income of nano and micro businesses.

According to the 6th economic census, women entrepreneurs own over 8 million enterprises in India or about 13 per cent of the total units.

According to the survey, women-led micro and small businesses are particularly at risk because they include smaller companies working in lower-margin markets and are more prone to face instability than micro-businesses led by men.

Women usually operate with structural and systemic constraints in addition to cultural norms and restrictions. So, the ability to take risks, make mistakes and, more importantly, to fail, is not a liberty licensed to women.

Notably, 43 per cent of women-owned enterprises in the survey fall in the category that reports less than Rs 10,000 profit a month whereas only 16 per cent of those owned by men fall in this category.

Similarly, 40 per cent of women-owned enterprises are self-run with no workers; the corresponding number for men is 18 per cent, the study said.

Despite the adversity, 19 per cent of the sample reported scaling up their businesses, showcasing immense resilience. In the study, which predominantly covered women enterprises in urban and semi-urban areas, low sales and reduced customer footfall was reported by 79 per cent of the female entrepreneurs.

“Last year in ten days, all of us made Rs 5,000 by selling at a bazaar. We miss those times. Now also we do have the stock but no bazaars are being held. One of the benefits of the lack of access to physical markets is that we learned about the possibilities of online sales and payment transfers.

"We have started leveraging social media for selling now. Since the onset of the lockdown, we have sold fifty bags online,” says Vidya, one of the women entrepreneurs surveyed.

Vidya, who has a registered MSME and has availed the Mudra loan talks about her struggles in setting up an enterprise and the changes that the business has brought within herself.

“Prior to my foray in entrepreneurship, I had no respect within my family. I have everyone's respect now, and my family members approach me for advice," she said.

Due to operational inefficiencies, collateral requirements, and lack of digital data trails, banks hesitate in lending to women. Gender gaps persist in the availability, access and the use of finance, the study observed.

In fact, 63 per cent of the sample did not have cash reserves to manage their expenses during the crisis. Consequently, women entrepreneurs tend to rely more on informal loans. The study has similar findings that show market shocks add further financial distress and render enterprises more averse to risk.

In fact, 80 per cent did not take any enterprise-related loan during the lockdown and more than two-thirds respondents dipped into personal savings and business cash reserves, the survey revealed.