Business EAC Refutes Subramanian's Claim On GDP, To Come Out With Point-By-Point Rebuttal

EAC Refutes Subramanian's Claim On GDP, To Come Out With Point-By-Point Rebuttal

The official statement said that it will issue a point-by-point rebuttal against the claim of former MEA. 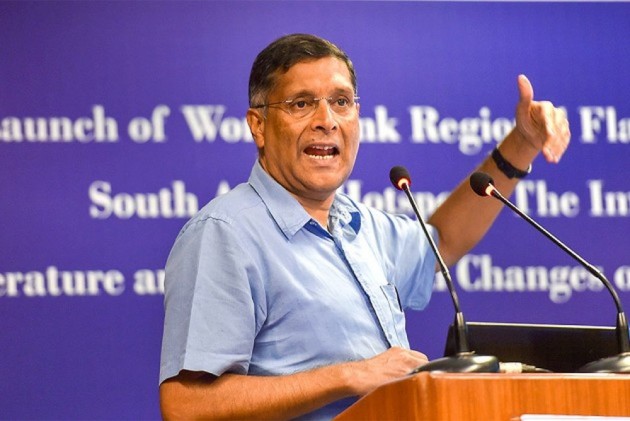 The Economic Advisory Council to the PM Wednesday refuted claims of formerchief economic adviser ( CEA) Arvind Subramanian regarding overestimation of GDP numbers and said it will come out with a point-by-point rebuttal in due course.

"The Economic Advisory Council will examine in detail the estimates made in Dr. Arvind Subramanian’s paper and come out with a point-to-point rebuttal in due course. At the moment, it is felt that any attempt to sensationalize what should be a proper academic debate is not desirable from the point of view of preserving the independence and quality of India's statistical systems, all of which the former CEA is familiar with," it said.

"These are certainly issues that Dr. Subramanian must certainly have raised while he was working as CEA, though by his own admission, he has taken time to understand India's growth numbers and is still unsure", the EAC-PM added.

In his recent research paper published by Harvard University, Subramanian has said there is a possibility of substantial overestimation in the growth figures while stating that the actual GDP growth between 2011-12 and 2016-17 was around 4.5 per cent as against 7 per cent.

Subramanian has suggested that India's GDP growth estimate has been overestimated by around 2.5 percentage points between 2011-12 and 2016-17, a period that covers the years during both the UPA and the NDA governments.

On Tuesday, the Ministry of Statistics and Programme Implementation (MoSPI) had said it follows accepted procedures and methodologies for arriving at projections of national income, while rejecting the contention of the former chief economic adviser.

"The GDP estimates released by the ministry are based on accepted procedures, methodologies and available data and objectively measure the contribution of various sectors in the economy," the Ministry of Statistics & Programme Implementation said in its rebuttal.