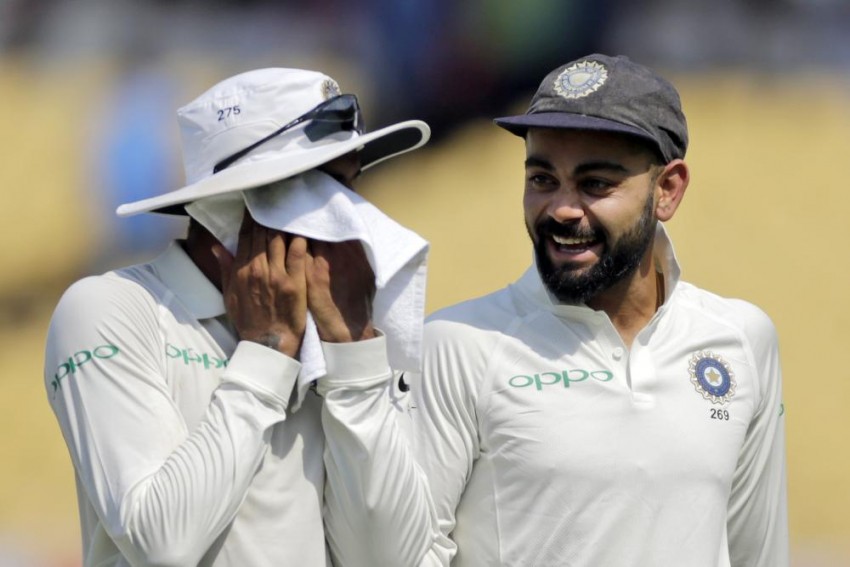 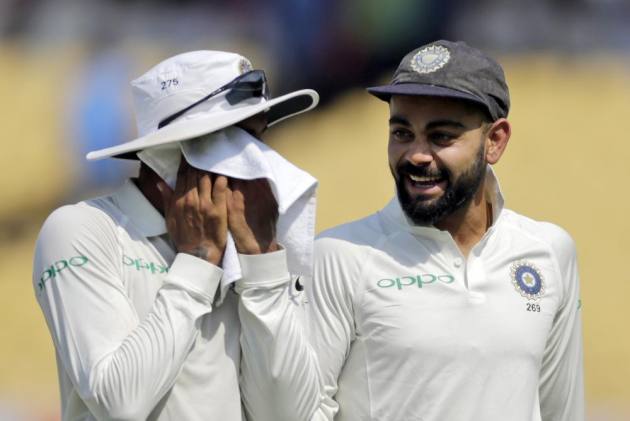 Fast bowling great Jeff Thomson Friday said India are favourites to "steamroll" Australia in the Test series Down Under due to the absence of the experienced duo of Steve Smith and David Warner.

Thomson, arguably the fastest bowler in cricket history, said the Australian batting looks ordinary in the absence of Smith and Warner, who both were handed 12-month bans for their involvement in the infamous ball-tampering scandal in Cape Town.

"You (India) have a solid team, a very good fast bowling unit and you should win if you play hard in the upcoming series. There is no reason why you should not steamroll Australia which will be without Smith and Warner. Without these two, the Australian batting line-up is very average," said the 68-year-old Thomson.

He was speaking during a discussion at the Ekamra Sports Literary Festival here on the topic 'The Death of Test Fast Bowler', which the organisers claimed as Asia's first such initiative.

"You see the footwork of the Australians during the series against Pakistan (in the UAE which they lost 0-1). They lack technique, they just want to smack the ball out of the park, which is due to playing too many T20 and ODI matches," said the Australian, who took 200 wickets in 51 Tests between 1973-1985.

Thomson said the ball-tampering controversy had embarrassed the Australian sports fraternity but felt the 12-month ban imposed on Smith and Warner was not justified.

"Banning them for such a long period of 12 months is ridiculous. I heard that the ban was to be for six months but one person (the Australian Prime Minister) who has no business in the issue called up and it was changed to 12 months," he said.

Thomson did not give a definitive answer when asked if Virat Kohli is the new Sachin Tendulkar.

"I feel Virat Kohli is emerging as a great player but he might have played differently in an earlier time. These days, a batsman will not score for two overs and then score a boundary with a stupid shot. At times, not getting out is the mindset of a batsmen," he said.

"I think other team members (than Kohli) should play tough cricket like he plays. When he is out, other members should show the fighting spirit. If you score 300-350 you should win (in Australia)," he added.

He said he must have clocked 110 miles/hr in his playing days if the measurement was done similar to the current practice.

"During my time, the speed was measured at the impact of the ball with the bat and now it is done when the ball leaves the hand. I think I must have clocked 175 km/hr in the current measurement system," he said.

"Many a times when I bowled at the WACA, the ball used to bounce past the batsman to hit the side screen."

Asked if he remembers an incident when Sri Lankan Duleep Mendis was offered to lodge police complaint after being hit by his delivery, Thomson said: "I don't know about that but I am happy that I retired without inflicting any serious injury to anybody.

"At that time, there were no helmets, pitches were different and no limitation of bouncers but still no major injury occurred from my bowling."

On the playing conditions now-a-days, he said, "It is heavily tilted towards batsmen. The balls are a problem, pitches have changed and have become flat, boundaries are smaller, bats are heavier and miss hits can go to boundaries."

Asked to name the five best batsmen in the world he has bowled to during his career, he mentioned Brian Lara, Vivian Richards, Sunil Gavaskar, Greg Chappell and Barry Richards.

Lara though started playing after his retirement.

"I have not played against Don Bradman and Gary Sobers and so they are not in my choices," he said.