'Ideas are powerful. Ideas drive change. Good economics alone cannot save us. But without it, we are doomed to repeat the mistakes of yesterday.' 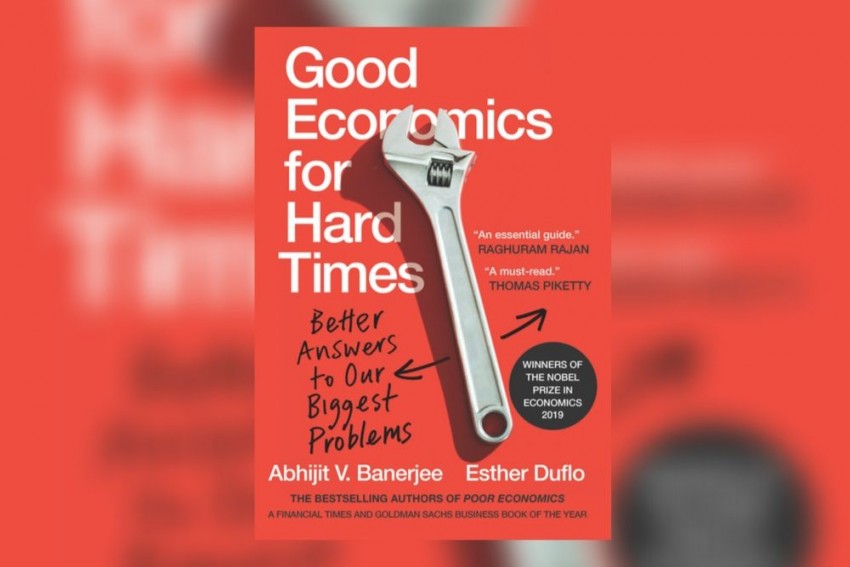 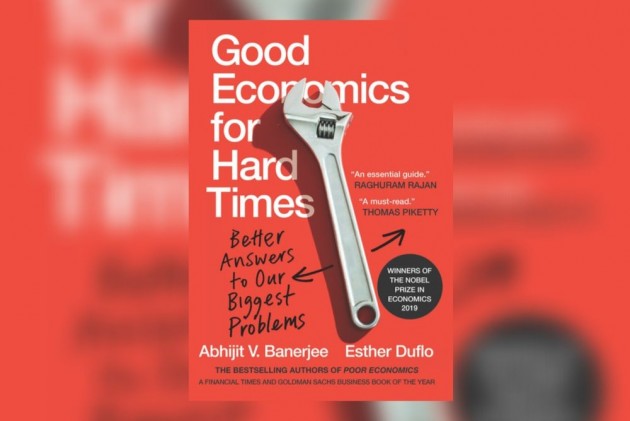 In France and India, the two other countries where we spend a lot of time, the rise of the political right is discussed, in the liberal, “enlightened” elite world we inhabit, in increasingly millenarian terms. There is a clear feeling that civilization as we know it, based on democracy and debate, is under threat.

Are removed, destroyed, restored, or in their place

Is an open field, or a factory, or a by-pass.

What was made in Manchester mills moves to Mumbai factories and then to Myanmar and maybe, one day, to Mombasa or Mogadishu. Manchester is reborn as Manchester digital, Mumbai turns its mills into up-market housing and shopping malls, where those who work in finance spend their newly fattened paychecks.

Opportunities are everywhere, waiting to be discovered and grabbed by those who need them. As economists who study poor countries we have long known that things do not quite work that way, at least in the countries we have worked in and spend our time. The Bangladeshi would-be-migrant starves in his village with his family rather than brave the uncertain-ties of seeking a job in the city. The Ghanaian job seeker sits at home wondering when the opportunity he believed his education promised will drop into his empty lap. Trade shuts down factories in the Southern Cone of South America, but few new businesses arrive to take their place.

Change seems all too often to benefit other people, unseen people, unreachable people. Those who lost their jobs in the Mumbai mills will not get to eat in those glittering eateries. Perhaps their children will get jobs serving—jobs they for the most part do not want.What we realized over the last few years is that this is also the story of many places in the developed world. All economies are sticky. There are of course important differences. Small businesses in the United States grow much faster than those in India or Mexico, and those that fail to grow are shut down, forcing their owners to move on.

Those in India and, to a lesser extent in Mexico, seem stuck in their place in time, neither growing to be the next Walmart nor exiting into something else more promising. Yet this US dynamism conceals enormous geographical variations. Businesses shut down in Boise and show up in booming Seattle, but the workers who lost their jobs cannot afford to move to Seattle. Nor do they want to anyway, since so much of what they value—their friends and their families, their memories and their loyalties—will have to stay behind. But as the good jobs vanish and the local economy goes into a tailspin, the choices look more and more dire and anger mounts.

This is what is happening in Eastern Germany, much of France outside the big cities, the Brexit heartland, and in the red states of the US, but also in large pockets of Brazil and Mexico. The rich and the talented step nimbly into the glittering pockets of economic success, but all too many of the rest have to hang back. This is the world that produced Donald Trump, Jair Bolsonaro, and Brexit and will produce many more disasters unless we do something about it.

And yet as development economists we are also keenly aware that the most remarkable fact about the last forty years is the pace of change, good and bad. The fall of communism, the rise of China, the halving and then halving again of world poverty, the explosion of inequality, the upsurge and downswing in HIV, the huge drop in infant mortality, the spread of the personal computer and the cell phone, Amazon and Alibaba, Facebook and Twitter, the Arab Spring, the spread of authoritarian nationalism and looming environmental catastrophes—we have seen them all in the last four decades.

In the late 1970s, when Abhijit was taking baby steps toward becoming an economist, the So-viet Union still commanded respect, India was figuring out how to be more like it, the extreme left worshipped China, the Chinese worshipped Mao, Reagan and Thatcher were just beginning their assault on the modern welfare state, and 40 percent of the world population was in dire poverty. A lot has changed since then. A lot of it for the better. Not all the change was willed.

Some good ideas just happened to catch fire, some bad ones as well. Some of the change was accidental, some the unanticipated consequences of something else. For example, part of the increase in inequality was the flip side of the sticky economy, which makes it all the more lucrative to be in the right place at the right time. In turn, the increase in inequality funded a construction boom that created jobs for the unskilled in the cities of the developing world, paving the way to the reduction in poverty.

But it would be wrong to underestimate just how much of the change was driven by policy—the opening up of China and India to private enterprise and trade, the slashing of taxes on the rich in the UK, the US, and their imitators, the global cooperation to fight preventable deaths, the prioritization of growth over the environment, the encouragement of internal migration through improvements in connectivity or its discouragement through failure to invest in livable urban spaces, the decline of the welfare state but also the recent reinvention of social transfers in the developing world, and so on.

Policy is powerful. Governments have the power to do enormous good but also important damage, and so do large private and bilateral donors. A lot of that policy stood on the shoulders of good and bad economics (and the social sciences more generally). Social scientists were writing about the mad ambition of Soviet-style dirigisme, the need to liberate the entrepreneurial genie in countries like India and China, the potential for environmental catastrophe, and the extraordinary power of network connections a long time before these became obvious to the wider world.

Smart philanthropists were practicing good social science when they pushed for giving away antiretroviral medicines to HIV patients in the developing world to secure much more widespread testing and save millions of lives. Good economics prevailed over ignorance and ideology to ensure insecticide-treated bed nets were given away rather than sold in Africa, thereby cutting childhood malaria deaths by more than half.

Bad economics under-pinned the grand giveaways to the rich and the squeezing of welfare programs, sold the idea that the state is impotent and corrupt and the poor are lazy, and paved the way to the current stalemate of exploding inequality and angry inertia. Blinkered economics told us trade is good for everyone, and faster growth is everywhere. It is just a matter of trying harder and, moreover, worth all the pain it might take.

Blind economics missed the explosion in inequality all over the world, the increasing social fragmentation that came with it, and the impending environmental disaster, delaying action, perhaps irrevocably. As John Maynard Keynes, who transformed macroeconomic policy with his ideas, wrote: “Practical men who believe themselves to be quite exempt from any intellectual influence, are usually the slaves of some defunct economist. Madmen in authority, who hear voices in the air, are distilling their frenzy from some academic scribbler of a few years back.”

Ideas are powerful. Ideas drive change. Good economics alone cannot save us. But without it, we are doomed to repeat the mistakes of yesterday. Ignorance, intuitions, ideology, and inertia combine to give us answers that look plausible, promise much, and predictably betray us. As history, alas, demonstrates over and over, the ideas that carry the day in the end can be good or bad. We know the idea that remaining open to migration will inevitably destroy our societies looks like it is winning these days, despite all evidence to the contrary.

The only recourse we have against bad ideas is to be vigilant, resist the seduction of the “obvious,” be skeptical of promised miracles, question the evidence, be patient with complexity and honest about what we know and what we can know. Without that vigilance, conversations about multifaceted problems turn into slogans and caricatures and policy analysis gets replaced by quack remedies. The call to action is not just for academic economists—it is for all of us who want a better, saner, more humane world.

Economics is too important to be left to economists.

Portion of 1stchapter and concluding chapter of the book Good Economics for Hard Times: Better Answers to Our Biggest Problems excerpted with permission from publisher Juggernaut Books).