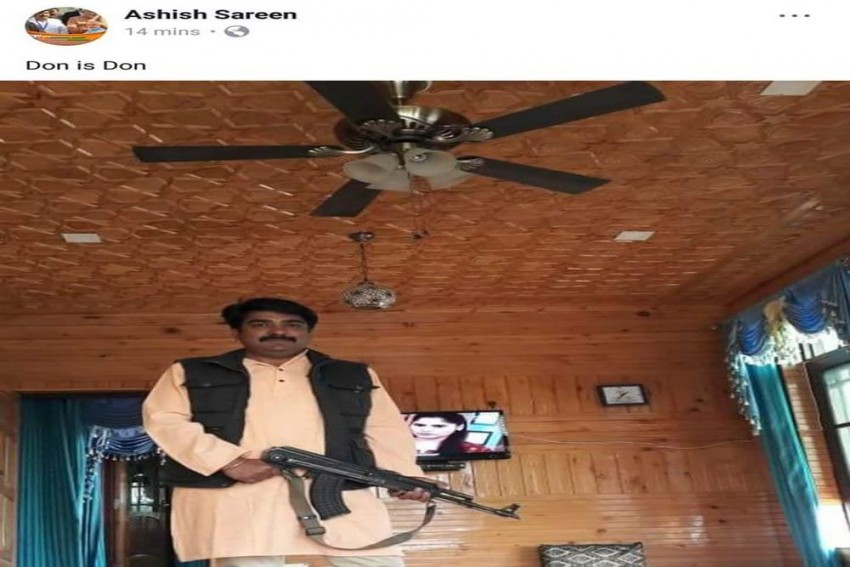 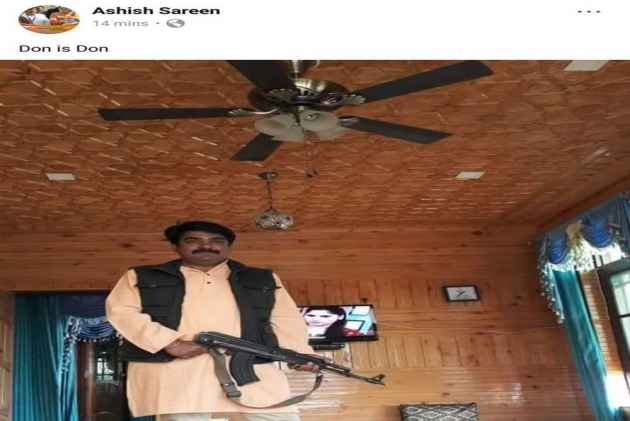 A leader of Jammu and Kashmir BJP unit landed in trouble after a photograph depicting him with an AK-47 Rifle went viral on social media, following which the party distanced itself from him.

"He is not an active member of the party," state BJP unit president Sat Sharma said.

Ashish Sareen on Tuesday shared a photograph on his facebook account posing with an AK-47 rifle, which drew brickbats from netizens, while some demanded strong action against him.

In his defence, Sareen said the two-month old picture was taken at a house in Srinagar and that the rifle in question belonged to a personal security officer (PSO) of his colleague.

"The picture was uploaded by my brother and I apologise for it," he said.

The BJP state president Sharma said Sareen has not been an active member of the party since he took over the reins of the organisation two years ago.

"The law must take its own course," Sharma said reacting to the picture.

His profile picture shows him with Prime Minister Narendra Modi, while in the cover picture he could be seen with home minister Rajnath Singh.

Also, Sareen's recent video shows him attempting to unfurl the National flag in Lal Chowk in the heart of Srinagar along with the Shiv Sena activists early this month.