Bharat Mata And Other Stories

The map of India, how it got made, and the myth of a nationalist Indian army... 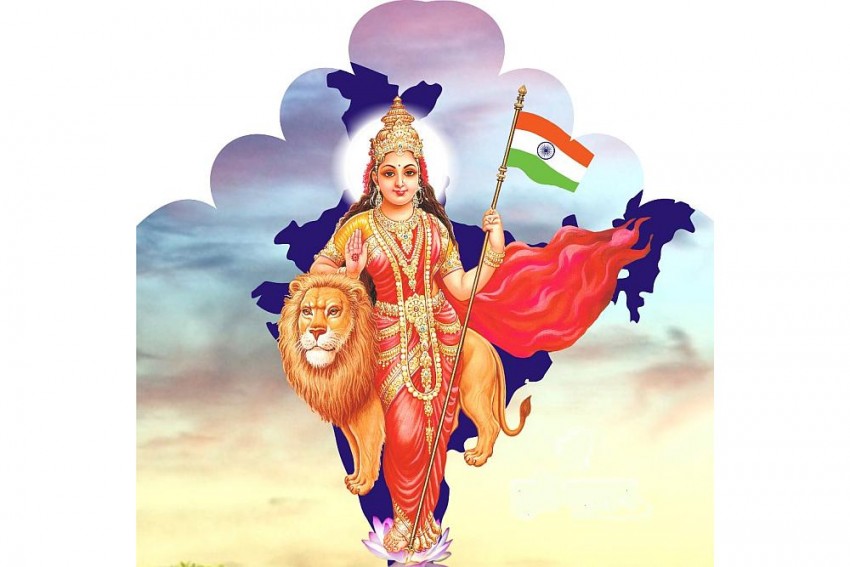 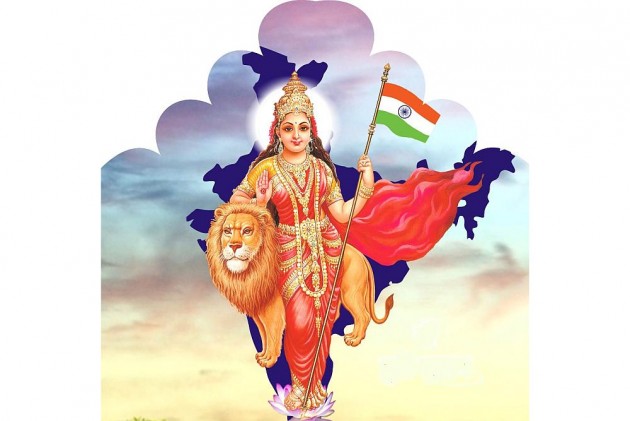 I wanted to look at three aspects of Indian nationalism as we celebrate another independence day. The first is the anthropomorphic (meaning having human characteristics) nature of the Indian map as we have been taught it.

The figure of Mother India or Bharat Mata corresponds to the physical lines of the map and the nation is shown as a woman in a sari. The state of Jammu & Kashmir is the head of this figure, the narrowest part of the peninsula in the south are her ankles and feet and the billowing pallu of her sari forms the northeastern states. I can remember similar maps 40 years ago so clearly they have been around a long time because they find resonance in the popular mind.

The obvious fallout of this feature is that any change in lines on the map are not acceptable to the individual who has long seen it as human and in some sense alive. The map of India is not a set of lines and topographical features alone and it becomes difficult for the government to communicate changes.

The border question with China and the fact that a large part of Kashmir sits in Pakistan cannot be discerned from our official maps. The outside world issues maps which the Indian government spends time and effort physically correcting, printing official stamps on these to point out their offensive nature.

But such maps are still very common and the media often angrily report it when someone innocently uses them. For most Indians the figure of a slightly disfigured Bharat Mata is offensive and she must be inviolate.

The second aspect one has to understand is the history of that map. What India inherited in 1947 was a colonial state that was aggressively expansionist, pushing into territory never held by the Mughals, particularly in the northeast. Not being held by the Mughals or their successors meant that these areas were secured under new and original treaties.

Many parts of what we consider to be an eternal and coherent nation was fought and won by the British Indian army. This aspect is not taught to Indians and is the reason why there is such hostility towards insurrections in these areas.

It may surprise some to know that Gandhi was not unsympathetic to the cause of the Nagas. However, today the Indian has little sympathy for a part of India which is held in a similar fashion to the colonial era, and under the heel with the most outrageous laws. The army operates with impunity and immunity here because of these laws, but mainly because the vast majority of India is fine with its actions because in the popular imagination it is the guardian of our nationalism.

The third aspect is this nationalist nature of the army, which is a myth. India had a mercenary army which became overnight, at midnight on August 1947, a national army. Pakistan also went through the same process. There was zero difference between the British Indian Army of August 14 (whose Punjabis of Baloch Regiment and Nepalis of Gurkha regiment shot down unarmed Sikhs, Hindus and Muslims at Amritsar's Jallianwala Bagh) and the army of free India that came to be on August 15.

The 'Indian army' has a long and, I suppose, proud martial ancestry. But it is a history that reveals its instinct as being entirely mercenary in character. In the fourth century BC, the Greek historian Arrian wrote on the campaigns of Alexander the Great chiefly using the history written by the general Ptolemy (who later founded the Greek-Egyptian line of pharaohs that ended with Cleopatra). The toughest part of the Macedonian army's campaign in Punjab was combat against mercenaries who were hired by villages.

A century before that Herodotus reported that at the battle of Plataea, the Persian side had a regiment of Indian mercenaries. Herodotus describes this contingent's dress and weaponry. In the Mughal period, it is already known that from Jat to Maratha to Sikh, the Indian was available to fight for whover paid top price.

At the battles which signify 'foreign' conquest over India, like Plassey or Haldighati, the majority of fighters by far on the victorious side were Indians. All of this does not sit comfortably with the warmth of our conviction that the army is 'nationalist'.

All of this is not something that we are taught in our schools and those who learn of our real history are confronted by two opposed narratives that they must reconcile.

It is unlikely in my opinion that these three aspects will change anytime soon, given the nature of our culture and its sensitivities, but they are the sort of thing that a columnist may write about to a small and discerning audience.