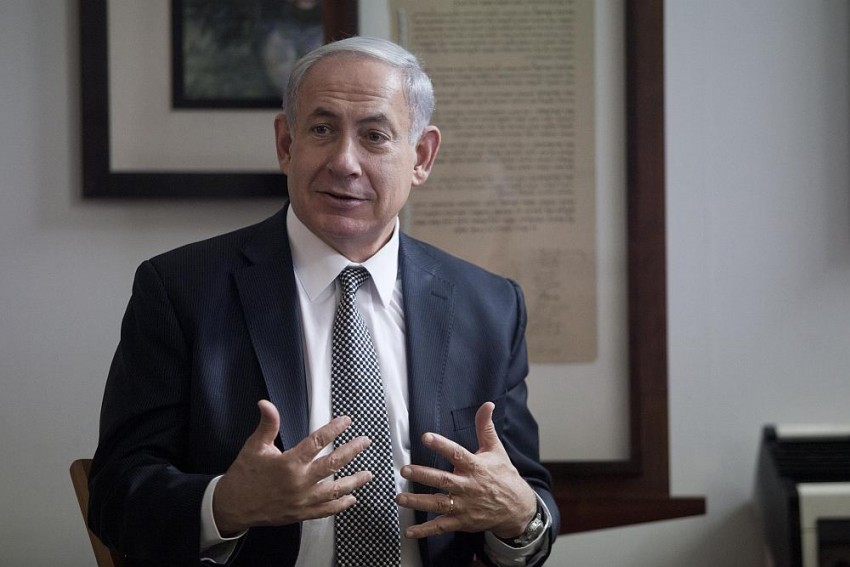 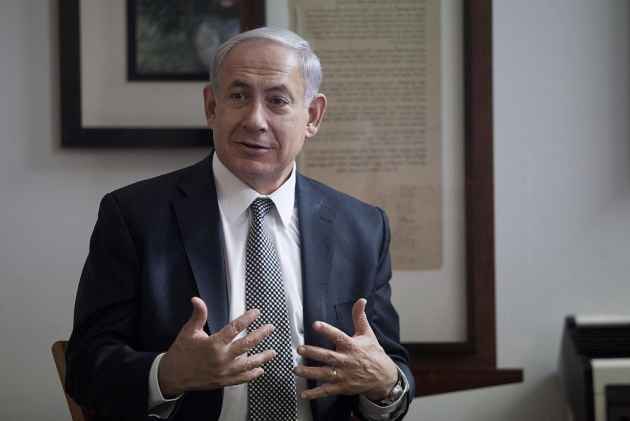 EVERYBODY KNOWS what the Israeli elections are about.

The choice is stark: on the one side, the dream of a Greater Israel "from the sea to the river", which would in practice be an apartheid state; on the other side, an end to the occupation and peace.

Some would add a social choice: on the one side, the existing neoliberal state with the widest inequality in the industrialized world; on the other side, a social-democratic state of social solidarity.

So is the country plastered with posters about war and peace, occupation and settlements, wages and the cost of living? Are TV programs full of them? Are they occupying the front pages of the newspapers?

Far from it. Five weeks to election day, and all these subjects have practically disappeared.

The entire country is preoccupied by what Sherlock Holmes would have called the Mystery of the Bottles.

Israel is an ecology-minded society. It felt threatened by discarded plastic and glass bottles. So a law was enacted that obliges supermarkets and other retail businesses to demand a small deposit – a few cents – about 13 for a plastic bottle, about 30 for a wine bottle – to be returned in exchange for the empty bottle. Many people, like myself, don't bother.

But small sums can become large sums. Many poor elderly people earn a kind of living by collecting empty bottles from the dustbins in the streets, mostly for organised crime families.

All the returned bottles are treated for reuse. The environment is saved. Everybody is satisfied. So how did this become a hot election issue, pushing everything else from the national agenda?

The family is housed by the state in the official Prime Minister's residence in the center of Jerusalem. It also owns two private dwellings – an apartment in a well-to-do Jerusalem neighborhood and a sumptuous villa in Ceasarea, a neighborhood of the very rich.

By law, all these residences are kept by the state. The public purse pays all living expenses, such as food and drinks, as well as the staff that mans (and womans) them.

Since the beginning of the Netanyahu terms, news and rumors about the goings-on in the three residences abound. It seems that Sarah Netanyahu, the would-be-queen, is a difficult person to deal with, especially for domestic employees. Several of them have sued her in court for mistreatment. Human turnover is frequent. Dismissed personnel complain.

One disclosure was that Sarah'le (as everybody calls her, not always out of love) has removed garden furniture from the government-owned residence to her private villa. Another was that the chief of the domestic staff was woken in the middle of the night at his home and ordered to bring some hot soup at once to his mistress' bedroom. It seems that she frequently yells at the staff for small omissions. All this was brought up in various court cases, to the great delight of the masses.

For example, it became public that the Prime Minister's residence has ordered ice cream for hundreds of thousands of dollars during the year. Always pistachio.

Complaints about the Prime Minister's love for luxury are not new. For years now, the Attorney General has been making inquiries about "Bibitours", the habit of Netanyahu and his family to fly first-class and stay in luxury hotels all over the world without paying a shekel – all expenses paid by foreign billionaires. Since he was Minister of Finance at the time, this was against the law.

And now come the bottles.

ONE DISMISSED employee disclosed to the media that Sarah'le habitually sends two government employees in an official car to the bottle collection station to return empty bottles and get the deposits back. Instead of returning the money to the government, as the law demands, she pockets it for her private use.

Big deal? Seems so. When first caught, the family returned to the government 4000 shekels, almost a thousand Euros. Now it appears that the sums are much larger, and that Sarah'le has continued with the practice since.

This may be a criminal offence. The Attorney General and the State Comptroller, both Netanyahu appointees, threw the file at each other. Now the may be compelled to do something before the elections.

How many bottles? It has become known that the family consumes an average of one bottle of expensive wine every day. In a country like Israel where many people don't drink alcohol at all, that is quite a lot. When asked about it, the family lawyer astonished the country by asserting on TV that "wine is not alcohol".

The idea that our Prime Minister may be drunk when fateful decisions have to be taken at once – ordering a military action, for example - is not very appealing.

A YIDDISH expression comes to my twisted mind. Long before Alois Alzheimer, the German doctor, discovered a hundred years ago the disease that bears his name, the symptoms described by him were called in Yiddish "over bottle". This is derived from the Hebrew "over battel" – nothing-doer, useless old fogey.

About the Netanyahus one could say now, in a more literal sense, that they are over-bottled.

FOR WEEKS now, this is the hottest topic in Israel.

Bibi-haters, with which the country abounds, are happy. This will surely hurt Netanyahu and the Likud grievously. Does it?

As of now, not at all. On the contrary, after several days in which the "Zionist Camp" (a.k.a. Labor Party) overtook the Likud in the polls by one or two seats, the Likud has rebounded and taken the lead by two or three seats. No Labor djinn has emerged from the bottles.

The country was amused. The bottles provided the stuff of unlimited quantities of gossip, cartoons and satire, but did not change the political attitudes of the voters.

And, of course, something has gone wrong with the "Zionist Camp".

IN MILITARY terms, when a general succeeds in breaking the lines of the enemy, the last thing he should do is stop and congratulate himself. He should throw all his forces into the breach and conquer the opponent's rear.

Yitzhak Herzog is no general, and did not learn this lesson.

He started his election campaign well enough. His political marriage with Tzipi Livni was a master stroke. Livni did not bring a dowry – her party was more virtual than real. But the union created a sense of novelty, of movement, of momentum. The more so as Herzog agreed to a rotation between himself and Livni if he becomes prime minister – a gesture that was perceived as a generous act of modesty and selflessness, unusual for a politician in Israel (or elsewhere, I suspect). Usually, politicians are egomaniacs.

Results were immediate. The Labor party, seen until then as almost moribund, jumped to life in the polls. It overtook Likud. Suddenly people could imagine the defeat of the Right. Herzog, an unassuming and physically small person, suddenly appeared as a plausible candidate for leadership.

And there it stopped. Something happened to the new Camp: nothing happened. In internal primary elections, an impressive slate of candidates emerged, a list of new, fresh and competent people who are far more attractive than the lists of all the other parties.

But that was it. The party fell quiet. It did not react at all to Netanyahu's blatant act of provocation on the northern border, It did not bring up new and revolutionary ideas, it started no real propaganda campaign. Until now, the party campaign is like Herzog himself: unassuming, decent and quiet. Very quiet.

Likud, on the other hand, is rampant. They throw every ounce of dirt they can lay their hands on. They are shrill, unscrupulous and vulgar.

But the main thing is that there was no more momentum. In vain I proposed, in two articles in Haaretz, a joint election list of all center and left parties, thus giving the impression that all anti-Netanyahu forces are uniting to put an end to Likud domination and build a new governing majority, with a new agenda.

The idea evoked no reaction. Herzog did not want Meretz, for fear that his list would be contaminated by leftists. Neither was he ready to woo Yair Lapid's center party. (My proposal was to include both, so that they would balance each other in the public mind.) Herzog apparently did not feel, like me, that a large new alliance would create enthusiasm and arouse the leftist public from its fatal apathy.

Lapid's egomania prevented him from promoting such a union, in which he would not be No. 1, though polls predicted that his party would shrink to half its first-time strength. Meretz was not ready to give up its cozy isolation, more a social club than a political force. The learned professors, devoid of any political intuition, with which the Left abounds, adamantly advised against it.

When the final day for submitting the election lists came and passed, I was sad. Not angry, just sad. I felt in my bones that a unique opportunity to overcome the right-wing domination, with all that it entails for the future of Israel, had been missed.

It may still happen. The public may still decide that enough is enough. But the chances for that are much diminished.

A FRIEND of mine, who has a conspiratorial turn of mind, has suggested that the whole bottle affair was really brought up by Netanyahu himself as a ploy to take the public mind off the fateful problems facing Israel, for which he has no solutions.

For better or for worse, the bottles have centered public attention on him. His pictures fill the TV screen, his name features in the news. Herzog, without bottles or pistachio ice cream, remains discreetly in the background. Even Tzipi cannot compete with Sarah'le's colourful personality.

Those of us who feared that Netanyahu might provoke a war on the eve of the election, might say: better bottles than battles.