Being Assamese (In Times Of Conflict)

A personal note of dissent on the ‘original’ versus ‘outsider’ idea -- and why it should have no place in a multi-ethnic state.

The cold-blooded murders of five Bengali-speaking people of Assam has made me think long and hard about my own 'Assamese' background, my early years of life in Assam, and the way I feel about where politics has taken us over the decades -- and where it is taking us now.

I was born in the state of Assam to parents who spoke Assamese. I grew up in Shillong and Guwahati. Shillong was the capital of undivided Assam when I started my school life there. During my early formative years in Shillong, I grew up with kids who belonged to different religions and spoke different languages. One could naturally hear Khasi, but also Bengali, Hindi, Bhojpuri, English, Nepali, Assamese and several other -- a true linguistic cosmopolitanism!

It was later, when I was still a young student in Guwahati, that the Khasi, Garo and Jaintia people separated from Assam to form their own state, Megahlaya, with Shillong as the capital. Dispur, formerly a paddy belt just outside Gauhati (as it was spelt then) and now within the growing metropolis, became the capital of 'divided' Assam in 1973.

As a school and college student in Guwahati, I was still mingling with young people of different linguistic and religious backgrounds. Despite the clear anti-Bengali atmosphere in Assam, I never felt at any stage of my young life that my mother tongue (Assamese) was superior to other languages spoken in the state or that my parents' culture and way of life ought to be the dominant one.

One reason for that is easy to pinpoint. In all the years that I lived in Assam with my parents, I had seen people of varied linguistic backgrounds such as Bihari-Bhojpuri, Nepali, Oriya-Santhali, Bengali and Marwari do most of the hard work (from agricultural labour to business) to feed and sustain the so-called "original" urban Assamese middle-classes. 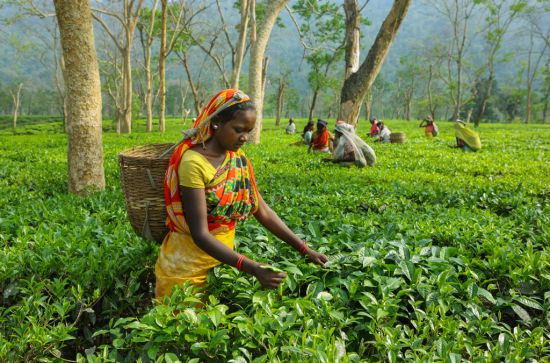 Incidentally, my parents happened to belong to this 'mainstream', supposedly "original" Assamese category.

I fail to comprehend, let alone accept categorisations such as "original", "authentic" (people) versus "outsiders" and "aliens" that were devised by urban/privileged-caste Assamese intelligentsia. My understanding, analysis and interpretation of Assamese history (pre-Ahom, Ahom invasion and rule, post-Ahom) seem to be at loggerheads with the vast majority of my Assamese contemporaries, friends, kith and kin.

Sadly I too am made to feel like an "outsider" these days when I am in my state, because I refuse to be branded as an "original" or "authentic" Assamese. And the position I have taken in relation to the popular demand of the day -- 'Assam for Assamese' -- makes my life hard and my journey ahead, lonely.

(The author is associated with Amnesty International, Sheffield branch, UK. This piece has been adapted from an FB post.)