Beef Not An Issue for BJP, Focus Is On Development, Says Kiren Rijiju In An Interview

Beef is a staple food in the north-eastern state. However, rules of the Prevention of Cruelty to Animals Act of 1960, which restricts the sale of cattle for slaughter, had come as an embarrassment to the BJP ally-- NPF(Naga People's Front) in Nagaland, last year. 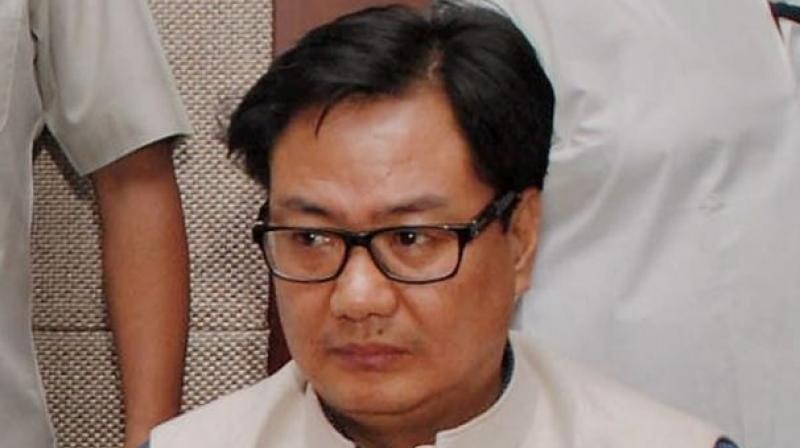 After bagging 27 seats in the 60-seat Nagaland Assembly, Minister of State for home affairs Kiren Rijiju, who was also the overseer for BJP, has said that beef is not an issue for their party, and the focus is only on development.

In an interview with Hindustan Times, the minister was responding to a question on tackling the issue of beef-ban in Nagaland.

Beef is a staple food in the north-eastern state. However, rules of the Prevention of Cruelty to Animals Act of 1960, which restricts the sale of cattle for slaughter, had come as an embarrassment to the BJP ally-- NPF(Naga People's Front) in Nagaland, last year.

During the interview, Rijiju said that they had a good understanding with the NPF(Naga People's Front) but couldn’t have an electoral alliance due to some seat-sharing problem. So they chose to enter into an alliance with the NDPP(National Democratic Progressive Party).

Last year, an NPF minister in the Government of Nagaland told Firstpost that they will not implement the Centre-imposed-ban on the sale of cattle for slaughter saying that it would impact the traditional food habits of the people in the state.

Rijiju was mired in a controversy in the year 2015 after questioning whether anyone could stop him from eating beef.

The controversy was sparked against the backdrop of remarks by Rijiju's ministerial colleague Mukhtar Abbas Naqvi that those who want to eat beef should go to Pakistan.

“I eat beef, I’m from Arunachal Pradesh, can somebody stop me? So let us not be touchy about somebody’s practices,” Rijiju had said during a visit to Aizawl, the capital of Mizoram, on 26 May 2015, reported HT.

However, Rijiju later said that his statement was twisted by the media and strongly denied that he eats beef.

Rijiju said while visiting Mizoram recently that he had to encounter a question at a press conference in Aizawl whether all Mizos and other people of the Northeastern region who eat beef have to go to Pakistan.

"To calm down the situation, I had the responsibility as a Union Minister whereby I gave a hypothetical example of myself that I am from Arunachal Pradesh and if I have a particular food habit, no one can stop.

"It was totally uncalled for to make that hypothetical example as headline thereby making it sound as if I consume beef in real life and challenge the other communities to stop me. Even if nobody in my family consumes beef, it is our choice," he said in a statement.

“According to an IndiaSpend analysis, Muslims were the target of 51 percent of violence centred on bovine issues over nearly eight years (2010 to 2017) and comprised 86 percent of 28 Indians killed in 63 incidents.

As many of 97 percent of these attacks were reported after Prime Minister Narendra Modi's government came to power in May 2014, and about half the cow-related violence–32 of 63 cases–were from states governed by the Bharatiya Janata Party (BJP) when the attacks were reported, revealed the analysis of violence recorded until 25 June, 2017.”