Is Triumph’s new factory-custom Scrambler as capable off-road as it looks? Find out in our review in detailed images 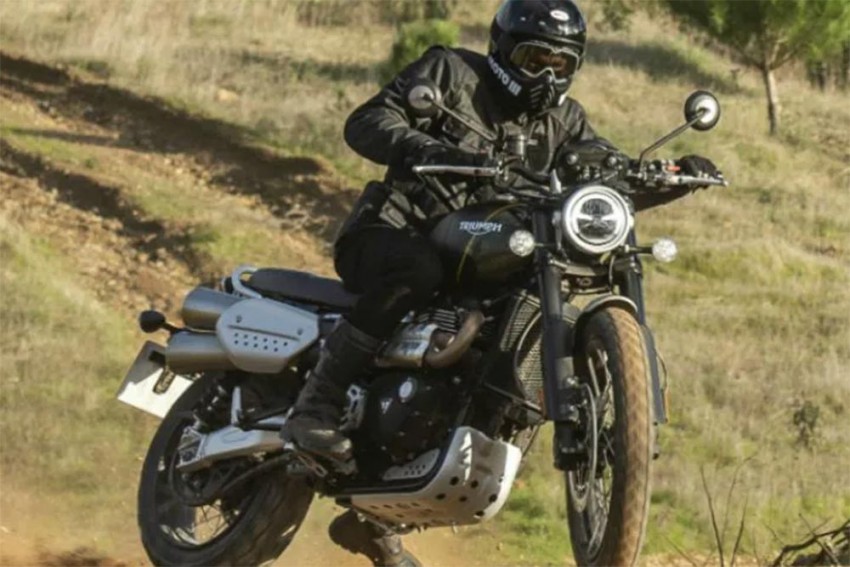 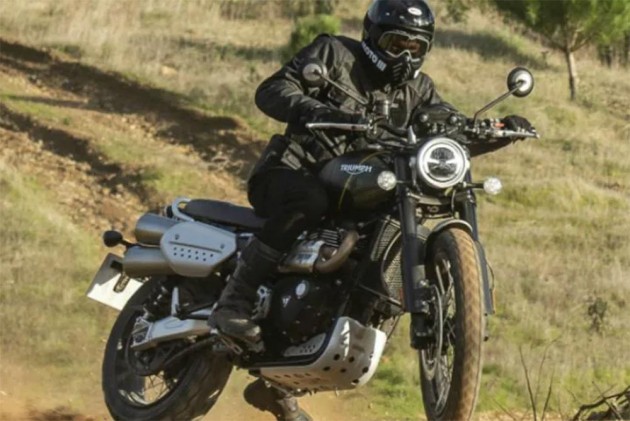 Triumph has launched its new hardcore Scrambler 1200 XC in India at Rs 10.73 lakh (ex-showroom, India). We got to ride this new and more offroad-focused Scrambler in India and here are our views about it with detailed images. 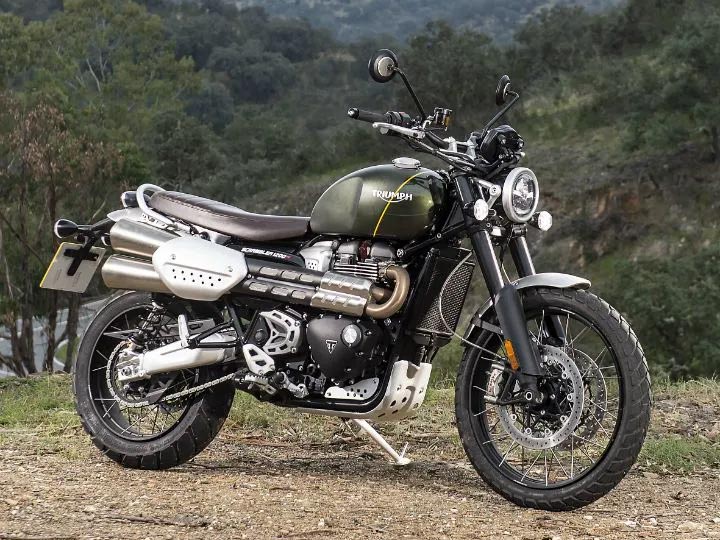 While every other bike manufacturer seems to be coming up with its own vision of what a neo-retro scrambler should look like, the Triumph Scrambler 1200 XChas stuck to its guns by staying as close to the original British scramblers of yore as possible. 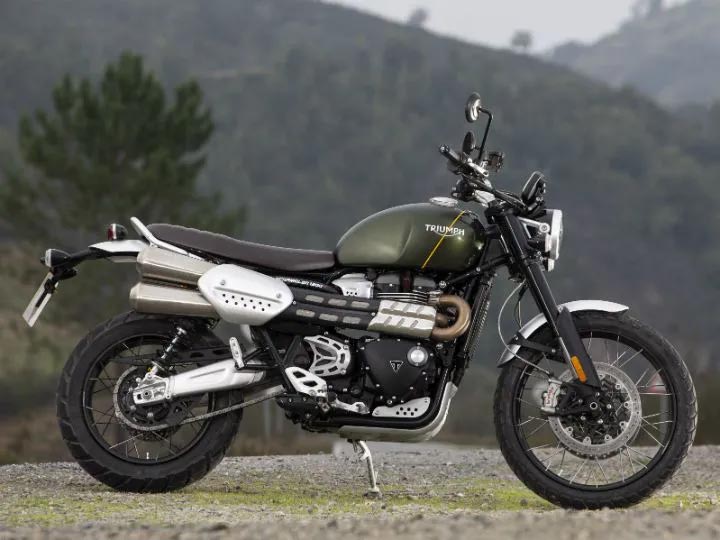 The minimalist design means that there is little to no bodywork to damage. Off-road crash protection is limited to just an aluminium bash-plate, so you might want to invest in knuckle protectors, engine guards and the usual protection kit. 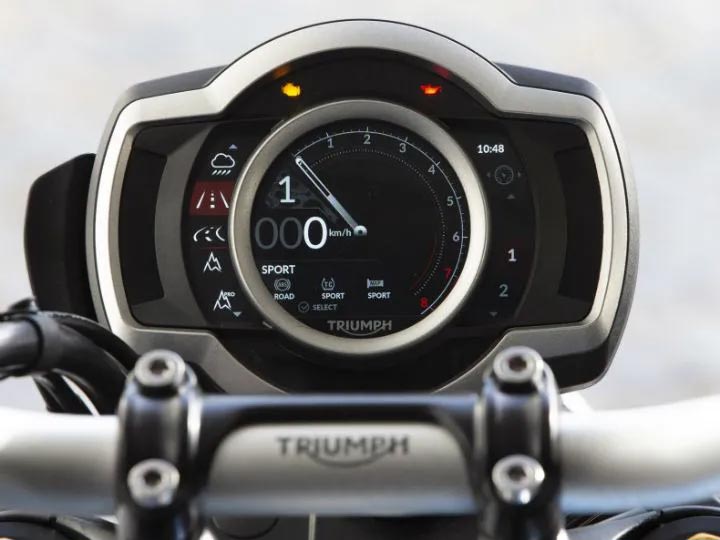 Modern bits come in the form of Triumph’s second-gen colour TFT screen. It has two themes and relays a whole lot of information on the go. Triumph has also thrown Bluetooth connectivity with turn-by-turn navigation into the mix. 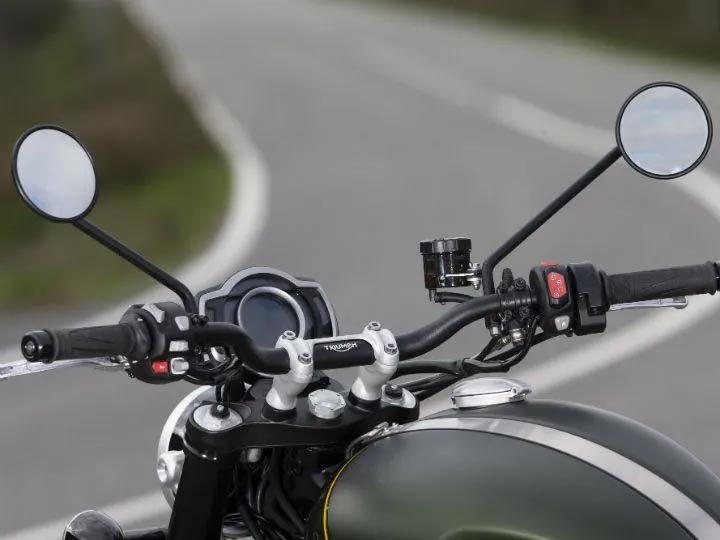 Wind protection is next to nothing, but Triumph will sell you a windshield as well as other touring accessories. It gets a 16-litre fuel tank and with a claimed fuel efficiency figure of slightly over 20kmpl, you are looking at a range of approximately 300km on a tankful. 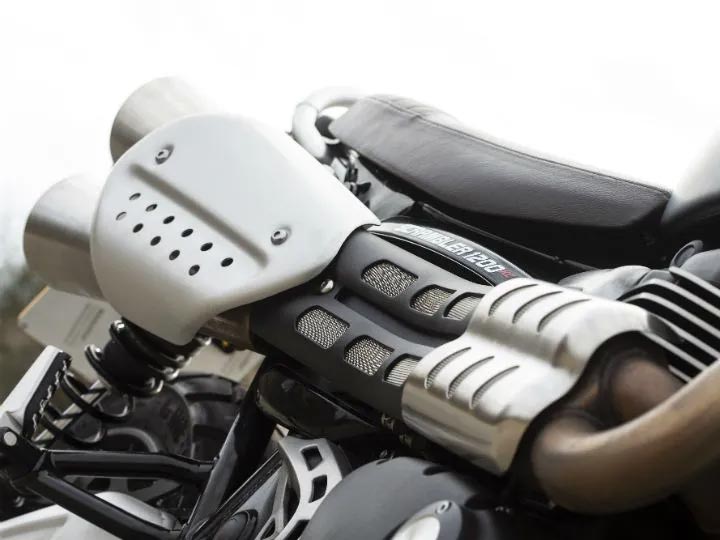 The upswept scrambler-style exhaust has a deep, bassy rumble, but can get quite hot at slow speeds and at standstill. It also has the potential to singe your right calf when you decide to grip the bike, standing up on the pegs. 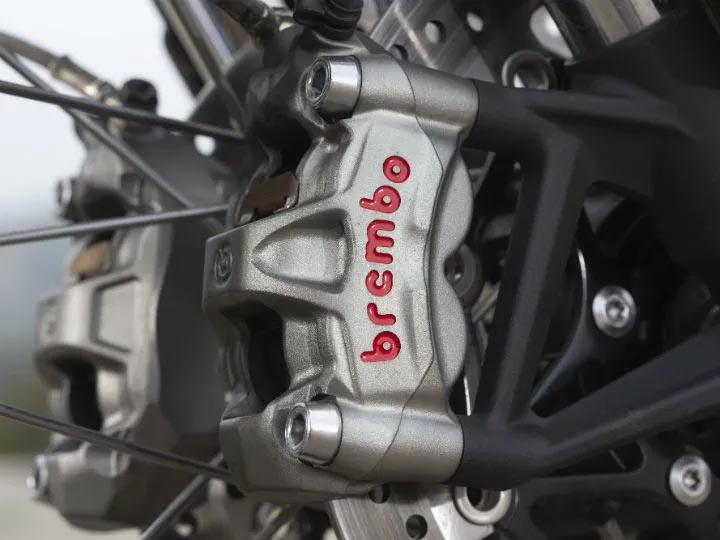 The Scrambler 1200 XC gets top-spec Brembo M50 monoblocs, though they have a slightly dialled down bite, considering the intended off-road use. They still offer more than enough progression and you can trust them with your life to keep you the right side up. 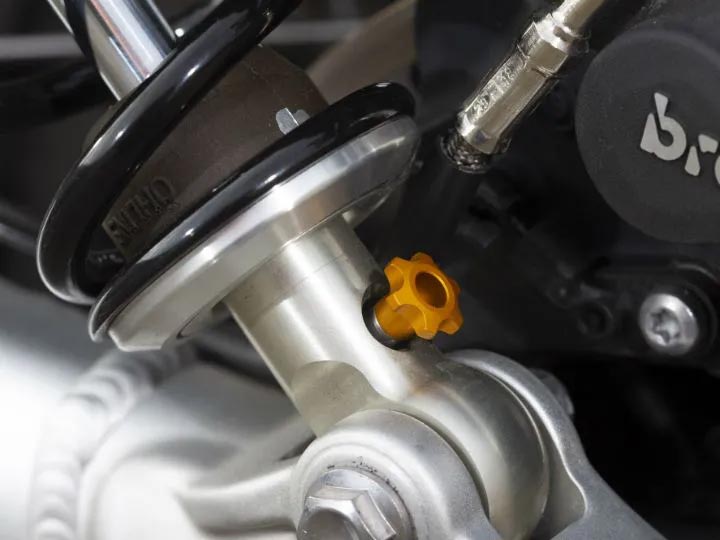 Suspension setup includes fully adjustable Showa upside-down forks and twin Ohlins piggyback shock absorbers. Both sides get a massive 200mm of wheel travel. Under stock setting, the front suspension is set on the firmer side causing the front end to bounce around. While the rear Ohlins RSUs too were set on the firmer side, it did not upset the riding dynamics. However, you can tweak all this to your liking, thanks to full adjustability at both ends. 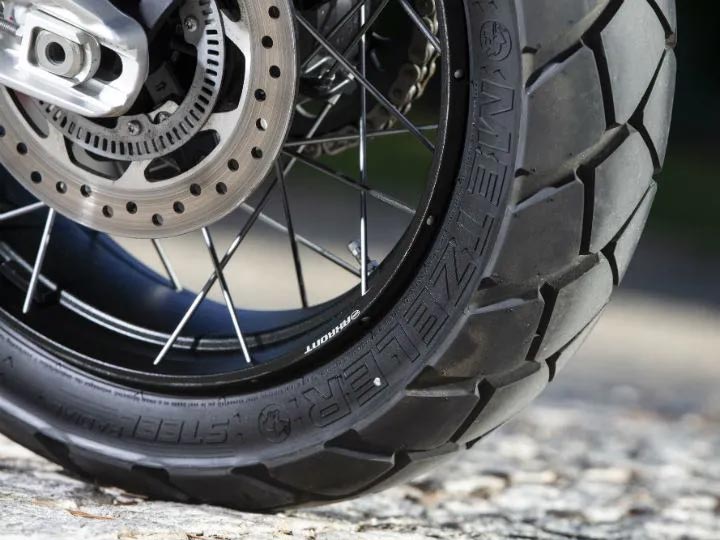 Despite its dual-purpose nature, the Metzeler Tourance tyres seemed to be doing a better job of gripping the tarmac than sliding around on dirt. 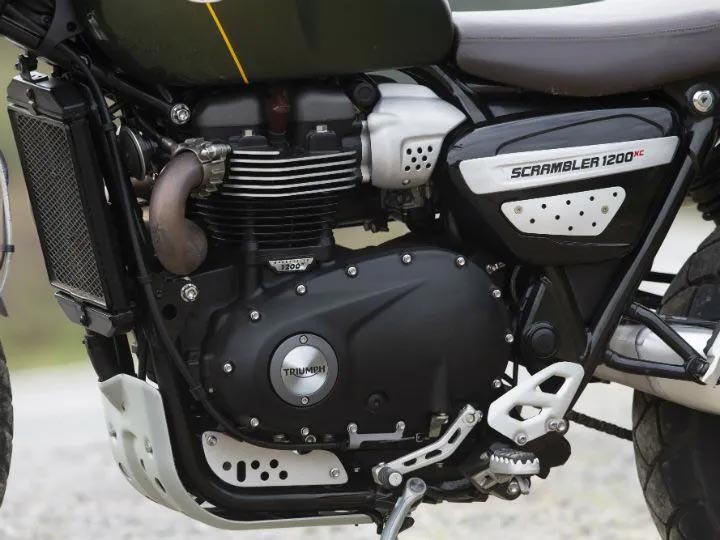 The 1200cc liquid-cooled parallel-twin motor impressed by just how easy it is to have fun with as little revs as possible. With 100Nm produced at as low as 2000rpm, you have an abundance of torque at any point in the rev range. Given that it is a modern motor, the electronic aids further enhance the fun quotient. 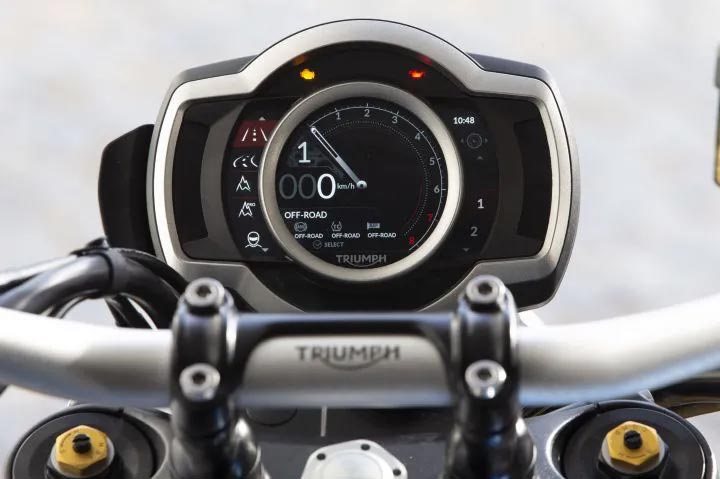 The dedicated ‘Off-Road’ rider mode changes the throttle map to help you make the most of the low-down torque surge while dumbing down TC intrusion just enough for small slides and turning off ABS intervention on the rear wheel. In case you are serious about off-roading, you will thoroughly appreciate the fact that you can switch off traction control altogether. 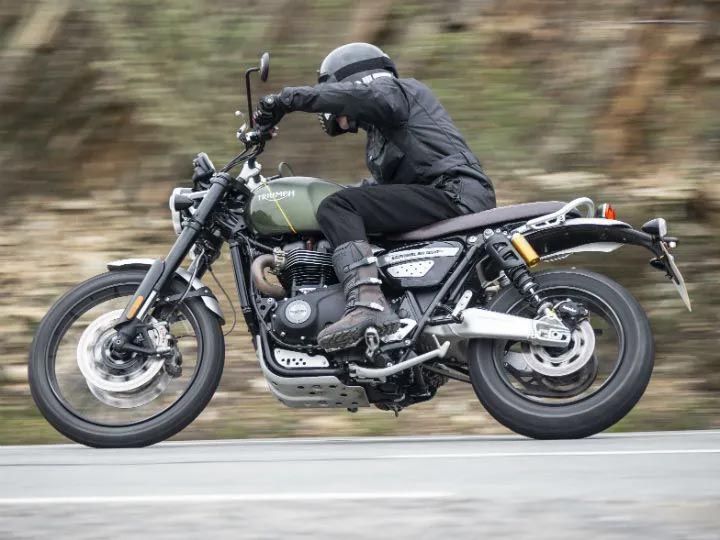 On the tarmac, the Scrambler 1200 XC feels like a Thruxton R on stilts. Thanks to the neutral suspension setup, the Scrambler 1200 feels at home in the corners. You can carry seriously high lean angles and at most times end up scraping the peg feelers on the ridiculously high footpegs. Given the longer rake, there is a bit of effort required in throwing her down in the bends or when changing directions. 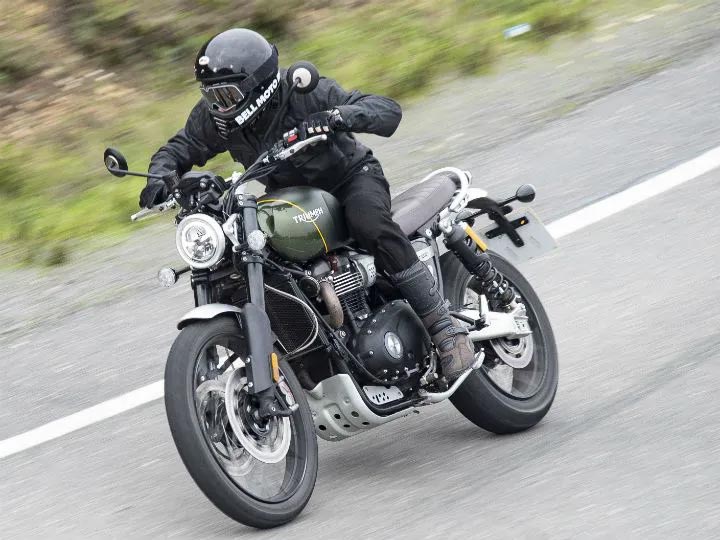 The motor's ‘Sport’ mode gives you the instant boost that you need to enjoy your one-wheel shenanigans. But there is so much more to it than that. There is just so much enjoyment with a simple twist of the wrist that you forget you are riding a parallel-twin scrambler and not an exotic supermoto. This High Power motor gets its own dedicated tune. Peak figures of 90PS and 110Nm are more than enough to get the bike to triple-digit speeds or cruise calmly at 3000-4000rpm in top gear, clocking more than 100kmph. 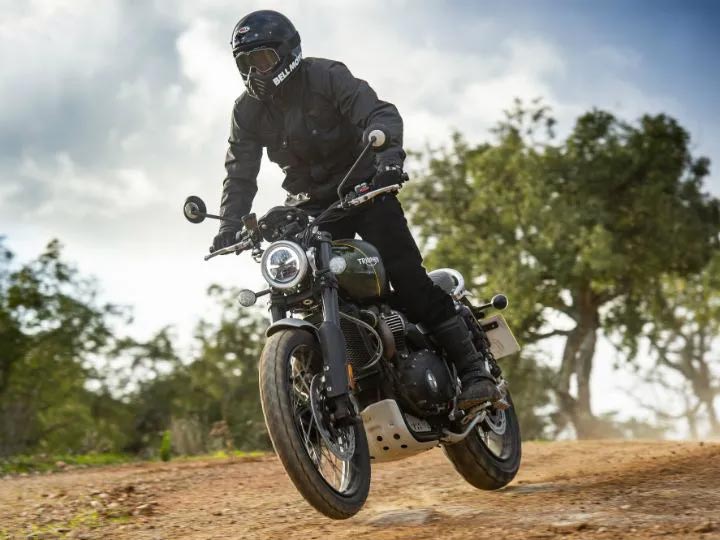 Off the road, the Scrambler 1200 XC can take on anything in its path with a grin. The Scrambler 1200's centre of gravity is heavily concentrated at the middle and the motor is not even that wide, making it compact enough to easily grip the bike. Compared to the Tiger 800, the Scrambler 1200 is way more responsive and communicative in the trails. Even when it comes to managing that bulk of just a little over 200kg around, the Scrambler 1200 feels easy to handle, thanks to the better positioning of rider touchpoints. 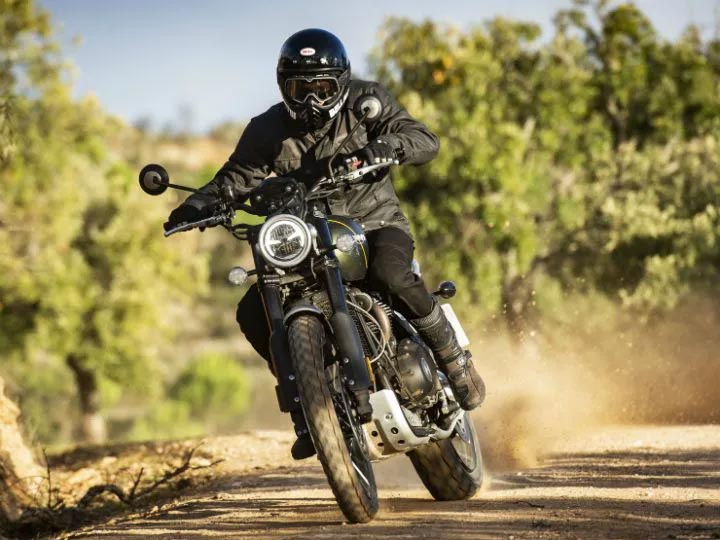 Triumph has lately been very competitive with the pricing of its bikes and it shows on the Scrambler 1200's ex-showroom retail price of Rs 10.73 lakh. Compared to it, the equally off-road capable Tiger 800 XCx (Rs 14.03 lakh) is Rs 3.30 lakh more expensive. When you consider its closest competition, the Scrambler 1200 costs just Rs 80,000 more than the newly launched Ducati Desert Sled (Rs 9.93 lakh). 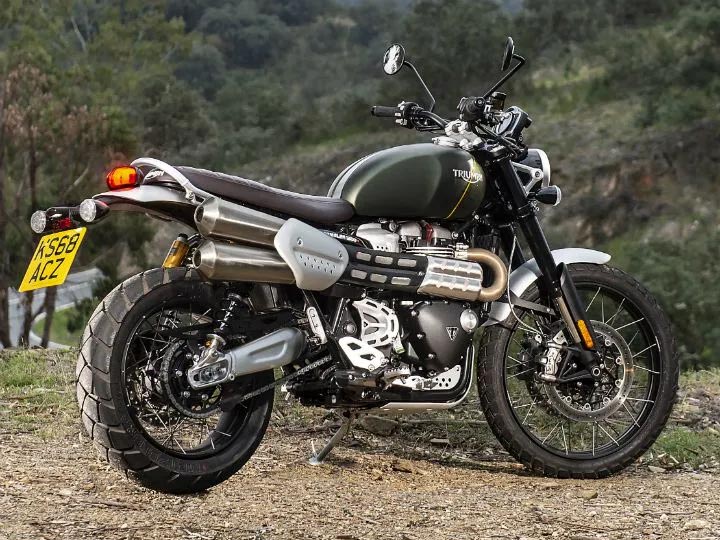 So, for the money, you get a brilliant off-roader which will not cause you as much heartburn every time you drop it during your off-road jaunts. It is also capable on the tarmac. However, the tall seat and high mounted exhaust do rob it of some practicality. Rather than being an everyday motorcycle, this one can be the highly desirable off-roader you've always wanted as your second bike.