The current decline of the automotive industry can be credited to various factors. We take a look at those that likely made the most impact 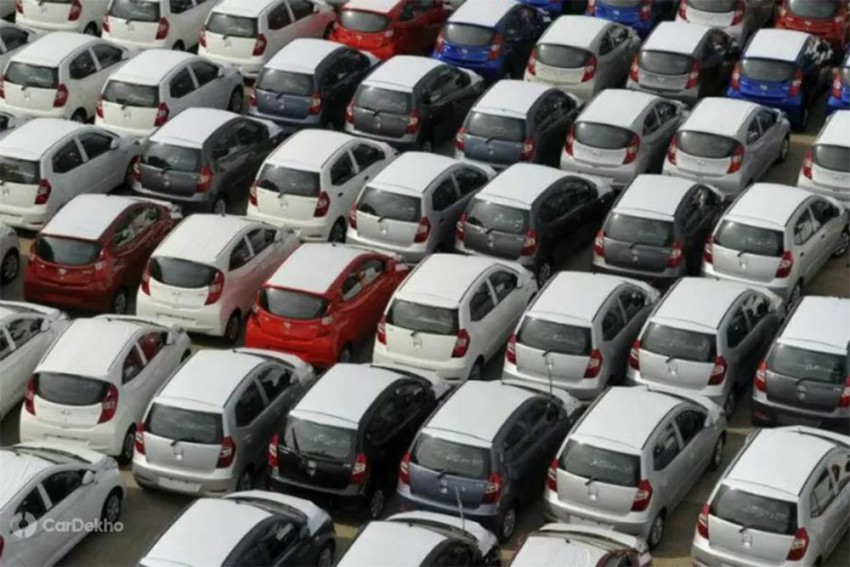 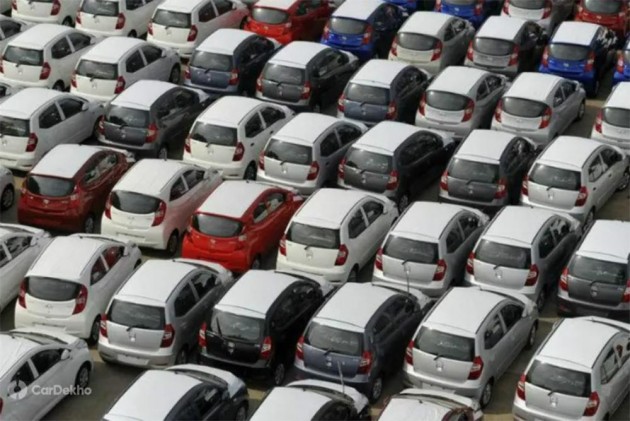 It is no secret that the automotive industry in India is in a bad spot right now as the production and sales numbers continue to drop month after month. Part of the consequences include vehicle manufacturers having to cut jobs as they reduce their output in an attempt to maintain their own fiscal balances.

Some reports suggest that upto 3.5 lakh automotive jobs in India have been cut since April 2019 and more than 200 dealerships have had to shut shop. These numbers are likely to go up as the downward trend continues. A large variety of factors have cumulatively led to this situation and we try to understand those which seem to have played a dominant role in it.

1| Harder To Get Loans

In the current economic environment, banks have become more strict about giving out loans, favouring only those individuals with high CIBIL scores. Transunion CIBIL tracks and monitors the loan repayment histories of financial consumers in India and is a trusted establishment used by banks and financial institutions to assess a person’s credit worthiness. 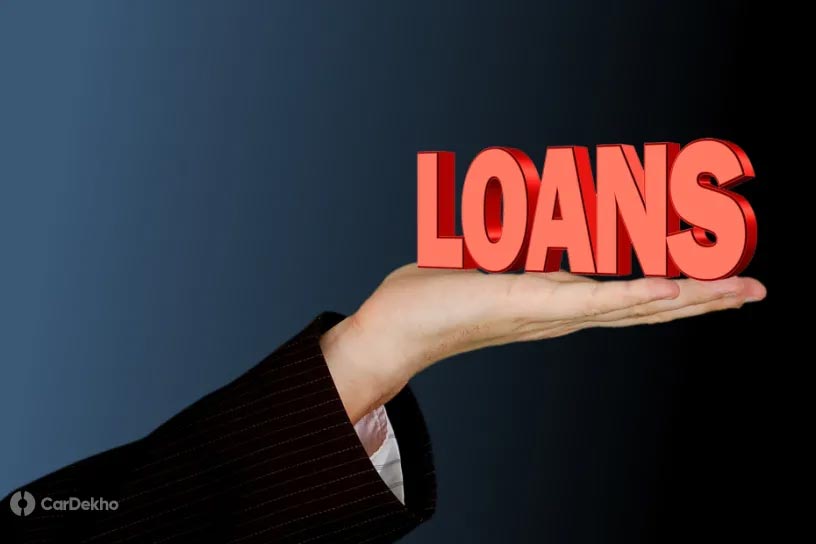 Banks are also being stringent in lending money to dealers to capitalise their inventory. Often, the production numbers for car manufacturers are helped by their dealerships placing orders to stock up for potential customers. So, if dealers cannot get loans as easily, then they too will order fewer units.

Bharat Stage 6, more commonly referred to as BS6, is a standard of emission norms set by the government of India. These norms apply to both fuel and the engine. Currently, BS4 emission norms are in effect and all car models sold today are compliant with it. The BS6 compliant engines would be less polluting in terms of the gases and particulate matter emitted from them. 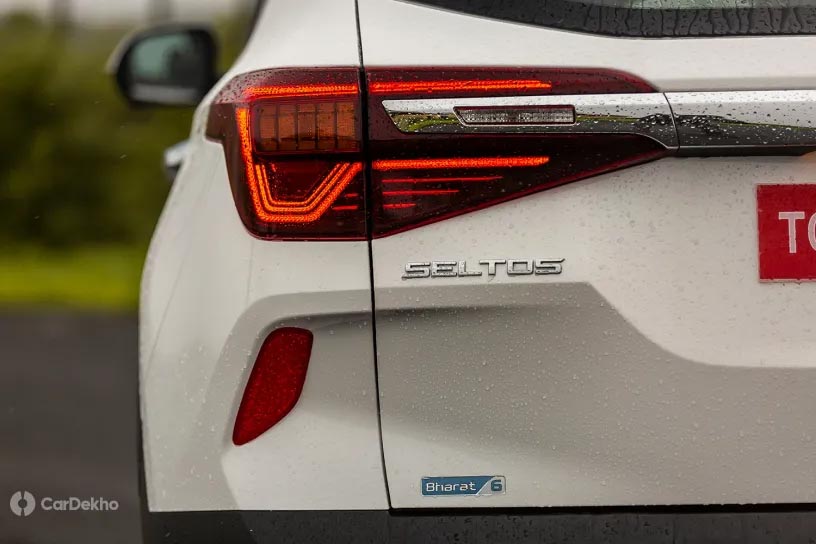 By April 2020, the BS6 emission norms will come into effect and all car manufacturers will have to upgrade their engine offerings accordingly. Not all carmakers have clarified their position regarding the upcoming shift and how it will affect their product lineup that is offered to customers. As a result, certain buyers are delaying their new car purchase until there are more details available regarding BS6-compliant model choices.

Availability of BS6 fuel across the country is another uncertainty of the public. However, BS6 fuel has been on sale in Delhi since 2018 and cars with BS4 compliant engines do not suffer any additional wear or tear from running on this higher grade of fuel.

3| Uncertainty of Diesel in the BS6 era

Whether carmakers upgrade existing engines to meet the upcoming BS6 emission norms or make new ones, it is a big investment. The extra cost will undoubtedly be borne by the customers as well in the prices of the final product - the car. 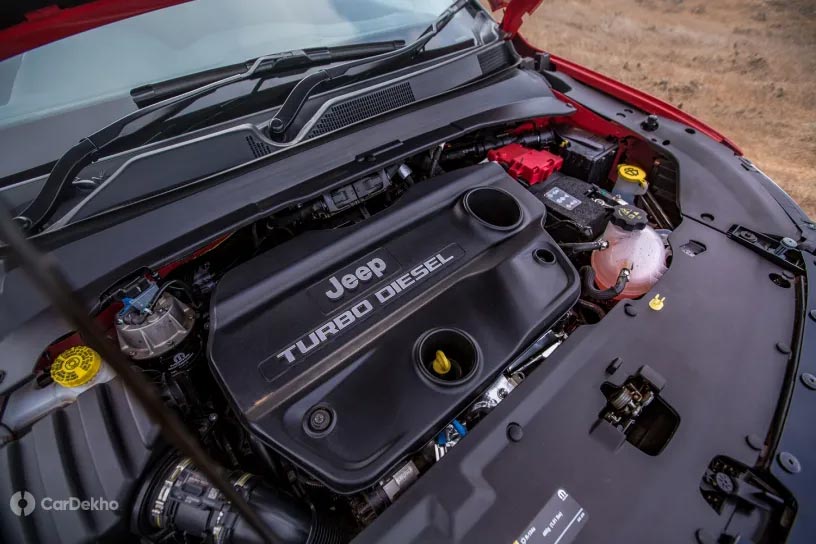 Upgrading petrol engines is relatively cheaper thanks to the more refined nature of the fuel itself. For instance, Maruti updated majority of its petrol engines to be BS6 compliant while keeping the price bump to just under Rs 30,000.

However, there is a huge cost in making diesel engines compliant to BS6 standards with an expected jump of at least a lakh rupees for all diesel-powered variants of different cars. Diesel cars already command a significant premium over their naturally-aspirated petrol engine variants.

Smaller, affordable cars which use smaller, more fuel efficient diesel engines amount for a considerable volume of total car sales. If these get too pricey relative to the petrol variants, fewer people are likely to opt for it. As a result, not all small diesel engines will continue to be offered in the BS6-era. 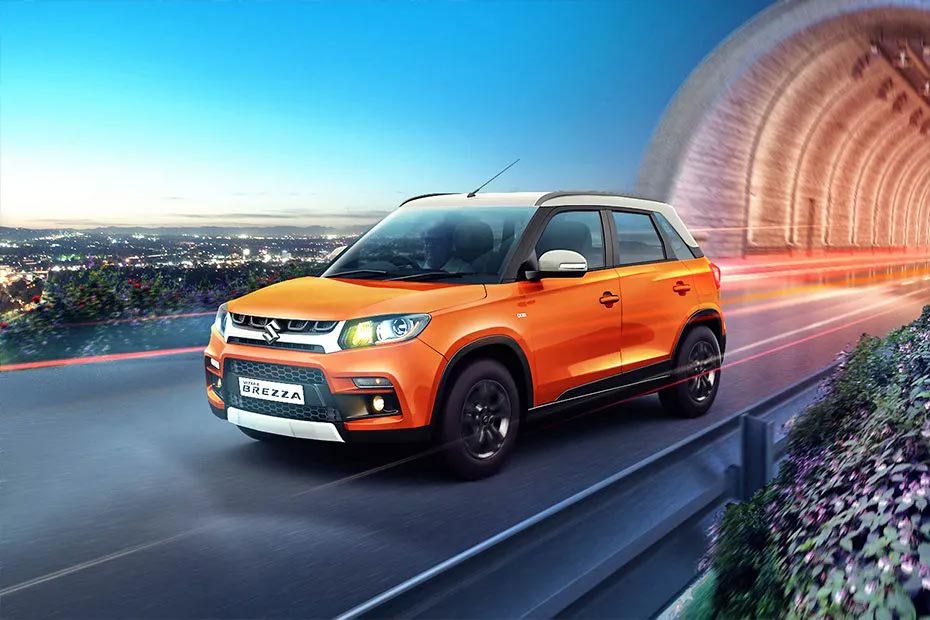 The increasing price of diesel fuel and its diminishing savings prospect in comparison to petrol, is also a factor. Moreover, the use of mild-hybrid tech with petrol engines is bridging the fuel efficiency gap between the two fuel types.

The life-span limit of 10 years imposed for diesel-engined cars in Delhi which is expected to be implemented in other parts of the country does not improve matters.

This uncertainty from carmakers has also resulted in hesitation from those who would likely buy a new diesel-powered car.

The above mentioned points have also led to some new car buyers to wait for the BS6 deadline to draw closer in order to get the best possible deals. Dealerships and carmakers are expected to be scrambling to get rid of new car inventory with BS4 engines while they can still get registered. In that rush, buyers are likely to be offered ridiculous discounts to get those models off their hands. 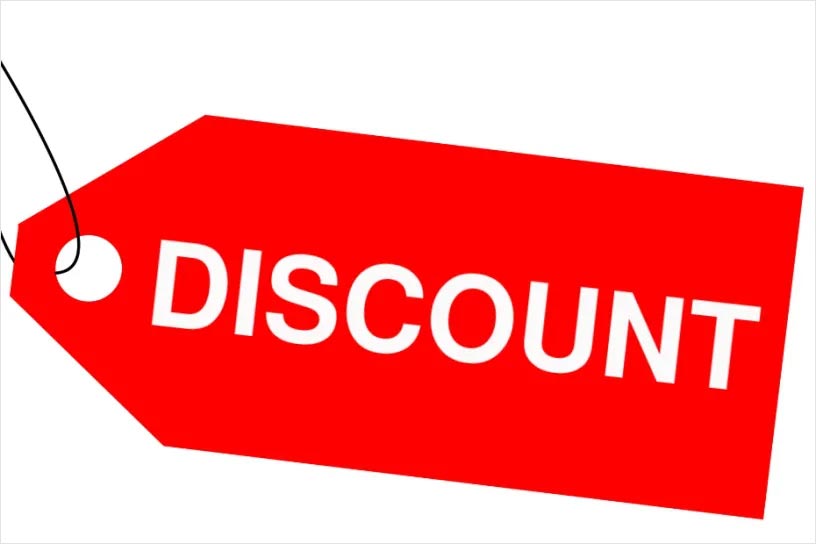 A similar situation already happened in 2017 when the sale of BS3 vehicles was banned. Certain manufacturers, particularly from the two-wheeler industry, were still hoping for an extension on the deadline for the sale of BS3 models. However, when the decision and date were finalised, manufacturers offered great discounts to get rid of their BS3 inventory.

Taxis have been around for many decades. However, they were always quite expensive, hard to find and taxi drivers were infamous for their unreliable services. Today, thanks to the boon of the smartphone and cheap internet, we have convenient cab services from apps like Uber and Ola. 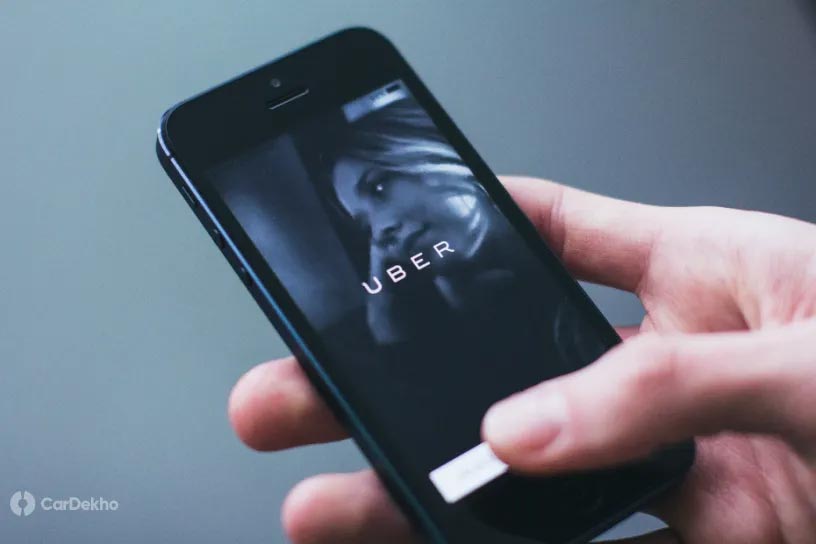 In fact, in the last year or so, these two apps have gone beyond just booking a cab; they even allow you to book autorickshaws and motorbikes for shorter distances. With the added convenience of online fare payments, the use of these apps for smaller commutes seems a more favourable prospect than buying your own car and the hassles that come with it.

6| Big Cities Are Too Crowded

Speaking of the hassles of owning a car, the first one to mind is that of being stuck in traffic. A large volume of car sales is driven by young, upcoming professionals with growing incomes and fewer liabilities. But even if you have the money to buy a car, you will likely spend a lot of your time driving it in congested traffic and/ or looking for a suitable parking space. 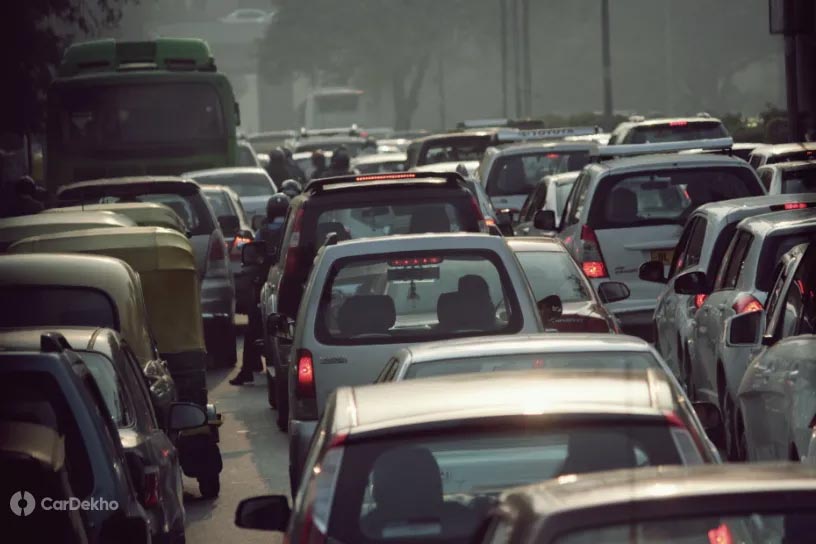 The stress of having your car scratched by a careless delivery-rider or auto rickshaw or cabbie in traffic or in a tight parking spot is no small matter. A regular commute with plenty of traffic takes up a lot of time and energy as well. Time and energy that could be spent working or resting in the back of an Uber/Ola cab during your commute.

7| Too many back-to-back changes in the industry

When there is too much going on in terms of changes and uncertainties regarding regulations and government policy, it is almost common sense to sit back and not act until things have settled down. The car industry today is in a similar state. 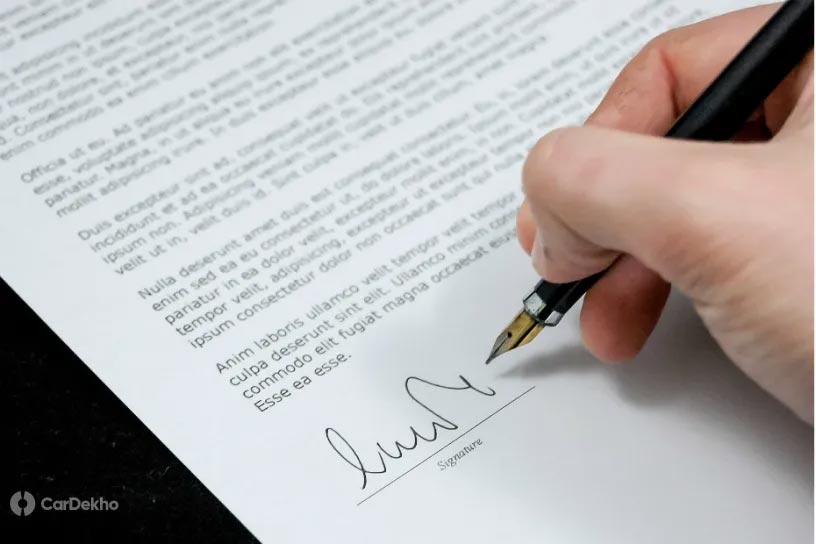 In the last year or so, there have been numerous changes enforced by new regulations with more changes on the way. From mandatory safety features for all new cars to increasing the road tax, rising insurance costs to upcoming emission norms.

Each of these types of changes, even if necessary, tend to lead to an increase in prices which deters new buyers in the mass market.

Even the government’s rhetoric surrounding electric mobility and electric vehicles leaves many uncertainties for both carmaker and buyers about what to invest in and more critically, when to invest. 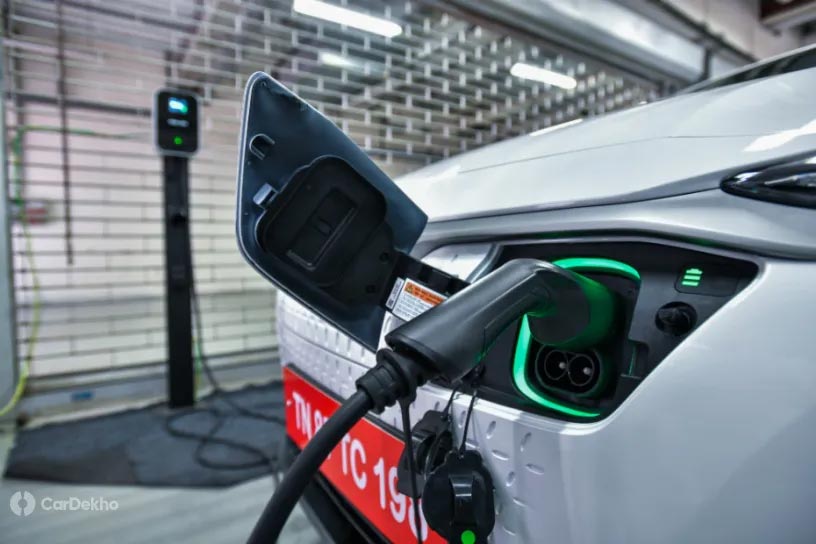 Affordable EVs with sufficient range are a must for the electric mobility shift to become reality. However, this goal is harder than it seems as the current battery technology is not at that stage yet and neither is their charging infrastructure. For instance, the Maruti WagonR-based EV is likely to be priced around Rs 10 lakh with a realistic range of around 200km.

Promises made and goals set are not enough for the breakthrough that is required to make e-mobility a mass market option in India. The production and development of electric powertrains, battery tech and charging infrastructure is still in its early stages and will likely take another 5 to 8 years before mass EV adoption begins. 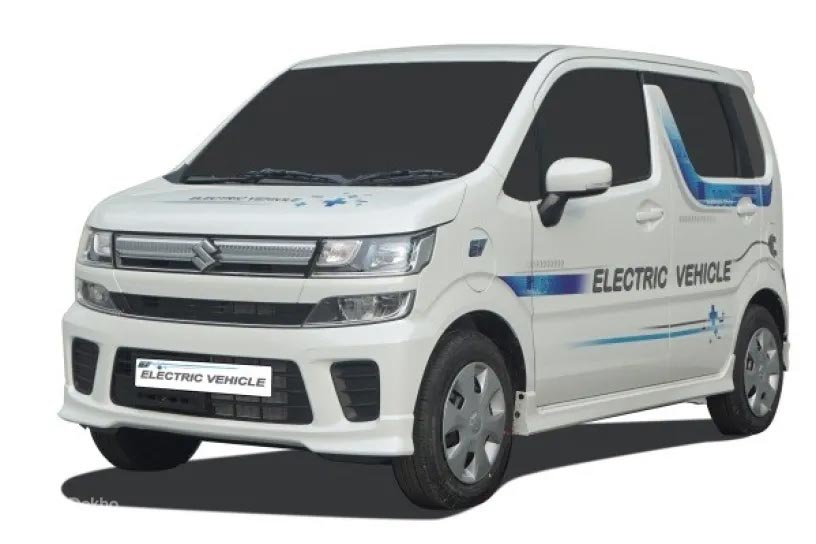 Recently, the government has reduced GST rates for EVs in India. However, its effectiveness in the EV-push has not been as confidence inspiring as some may have hoped, largely due to the surrounding factors mentioned above.