Likely to be priced at around Rs 5.5 lakh, the Triber will not have any direct rivals in the Indian market

Renault is all set to debut its new sub-4m offering, the Triber, in India, on 19 June 2019. While its official debut is still a couple of days away, the carmaker has teased the upcoming car. The new teaser image confirms that it will be equipped with features like projector headlamps, LED DRLs and roof rails.

On the design front, the image reveals that the sub-4m offering will feature a chrome-studded front grille, similar to what we have seen on other Renault offerings. Also visible in the image is that sculpted bonnet.

The Renault Triber will be based on a modified version of the Kwid’s CMF-A platform. It is expected to feature the Kwid’s 1.0-litre petrol unit that makes 68PS and 91Nm. A 5-speed manual as well as an AMT are likely to be on offer too. Renault is also expected to offer the turbocharged version of the 1.0-litre unit with the Triber at a later stage. Although not confirmed, the Triber is likely to get a BS6 engine from launch. 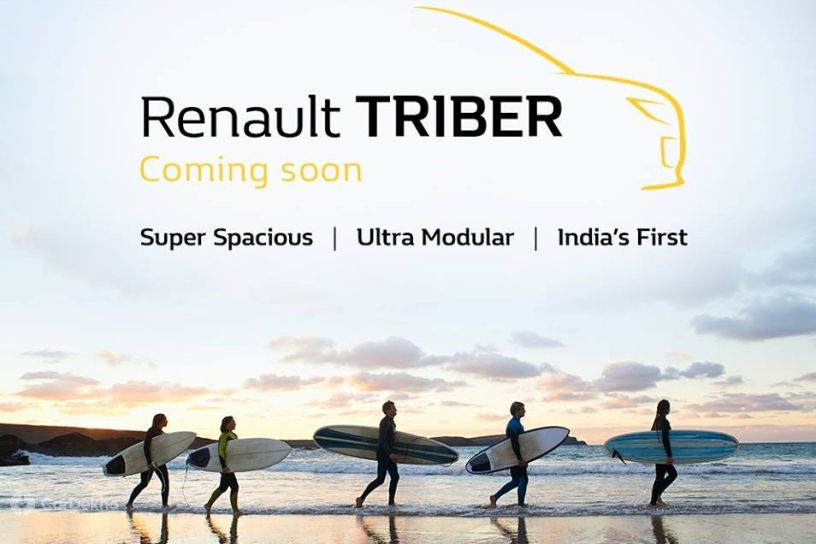 While other information about the sub-4m offering remains under the wraps, Renault is advertising modular seating as the Triber’s USP. So expect it to offer a removable second or third row of seats. Renault claims that the Triber will offer best-in-class cabin space.

In terms of features, spy shots suggest that the Triber will get dual-tone interiors with chrome and silver accents, touchscreen infotainment system, four airbags and 15-inch wheels. 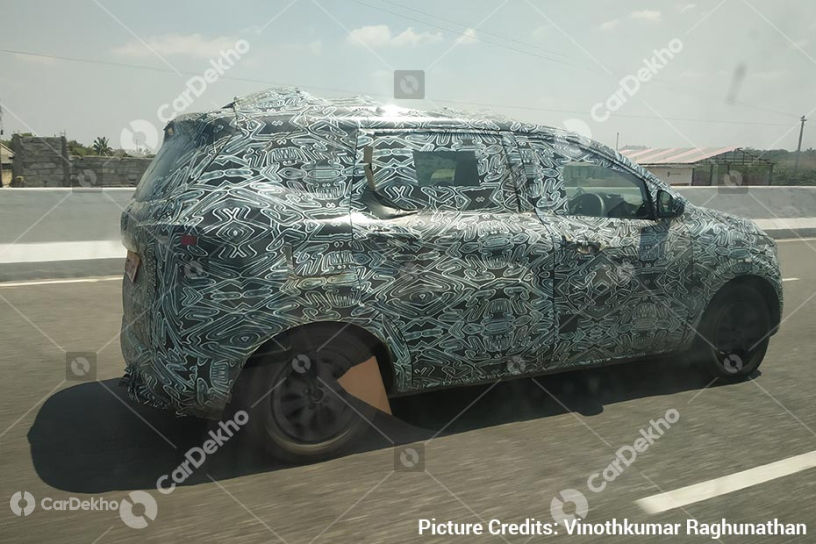 Prices of the Renault Triber are expected to start from Rs 5.5 lakh and go up to Rs 7 lakh. At this price, it will slot right in between the Datsun GO+ (Rs 3.86 lakh to Rs 5.94 lakh ex-showroom Delhi) and the Maruti Suzuki Ertiga (Rs 7.44 lakh to Rs 11.20 lakh). Renault will position the Triber as an alternative to premium hatchbacks like the Maruti Baleno, Hyundai Elite i20, Honda Jazz and the Volkswagen Polo.