Which of these petrol-engined sub-4 metre sedans offer the most bang for your buck? Literally 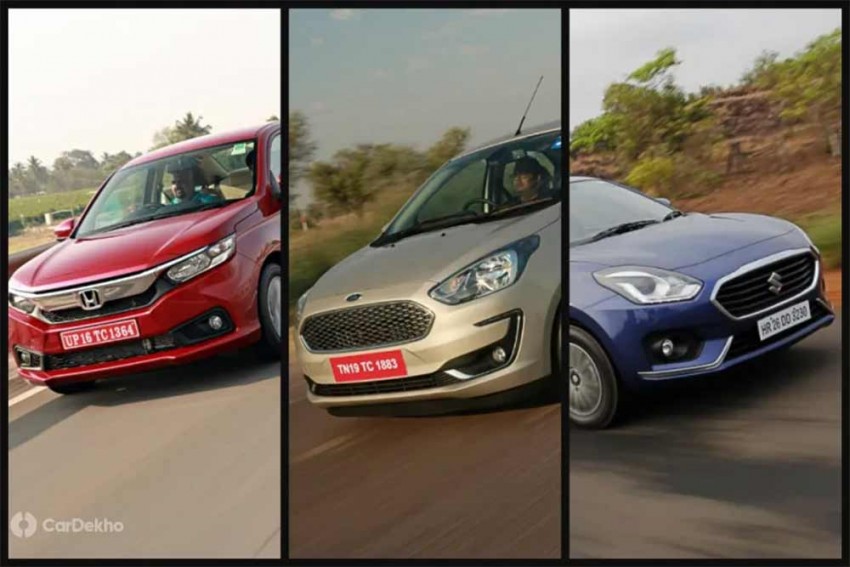 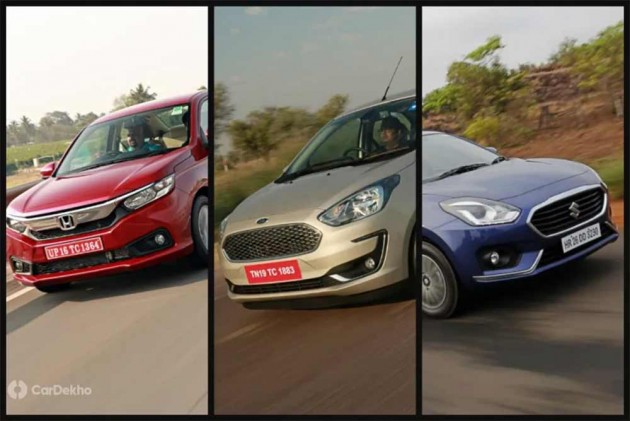 There are many competitors in the sub-4m sedan segment at this time and while the focus tends to be on practicality, performance cannot be ignored either. We’ve taken the three best-selling cars from the segment - the Maruti Suzuki Dzire, Ford Aspire and the Honda Amaze - in their petrol-manual guise to see how they fare in our real-world performance tests. 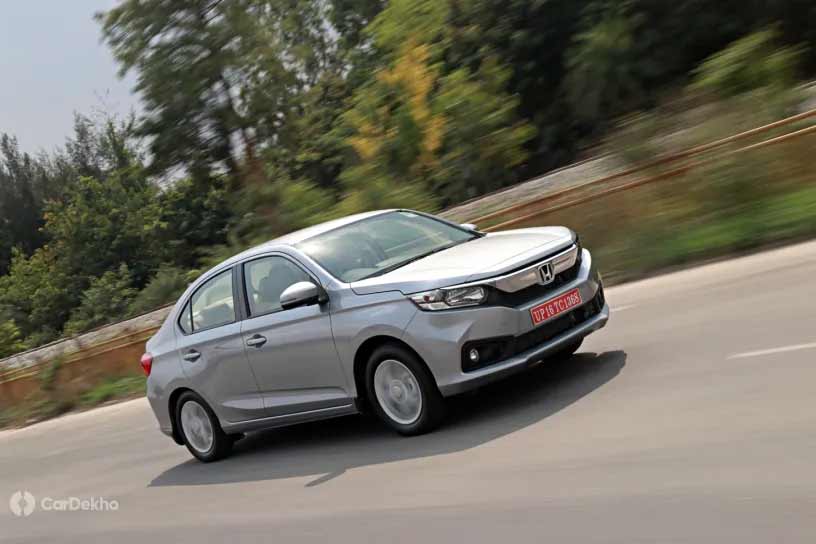 But first, let’s take a look at their engine specifications:

All the cars here are powered by engines of the same capacity paired to 5-speed manual gearboxes. However, the Dzire and Amaze have 4-cylinder engines while the recently updated Aspire gets a 3-cylinder unit. On paper, the Ford is the most powerful and torquiest sub-compact sedan here. But it’s the Amaze that has the best power to weight ratio. Lets see how that translates into real-world performance numbers. 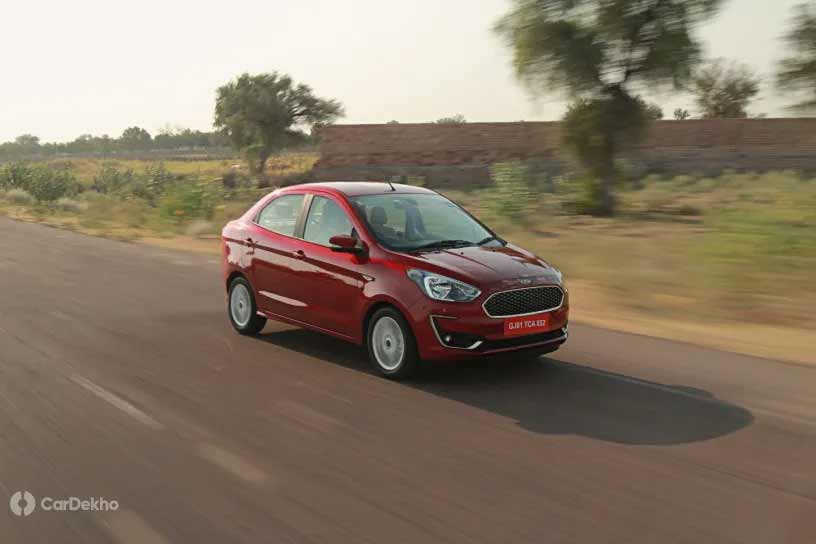 The least powerful car here -- the Dzire -- has the quickest acceleration times of the three. What’s surprising, however, is the fact that despite having the best power to weight ratio, the Amaze wasn’t the quickest. The Amaze was second quickest in every test apart from the 30-80kmph acceleration run in third gear, which was the only test where the Aspire wasn’t the slowest car here. The Aspire, despite being the most powerful one here, isn’t the quickest as it is also the heaviest. 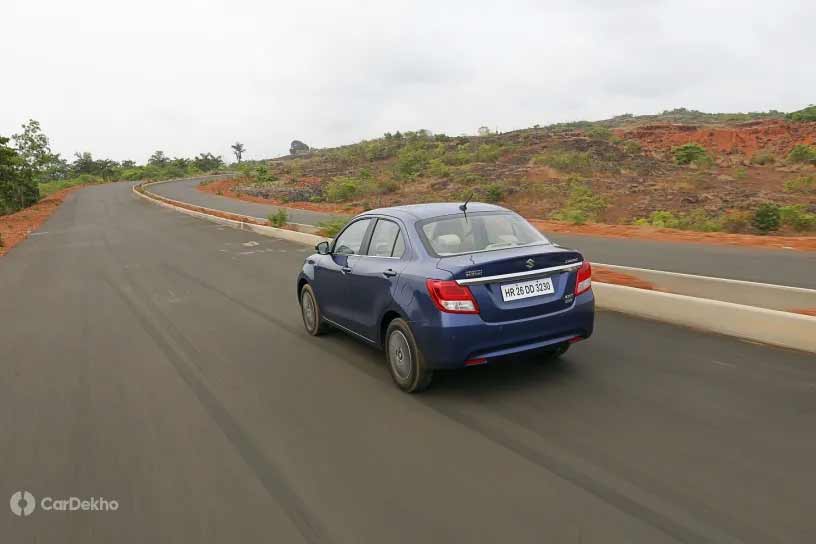 Stopping power is just as important as acceleration when it comes to judging the real-world performance of cars. All the cars here use disc brakes up front and drum brakes at the rear. In these tests, the Honda Amaze covered the shortest distance while coming to a halt from both 80kmph and 100kmph by some margin. The Dzire and Aspire are closely matched in the braking tests, with the Maruti just beating the Ford by centimetres. 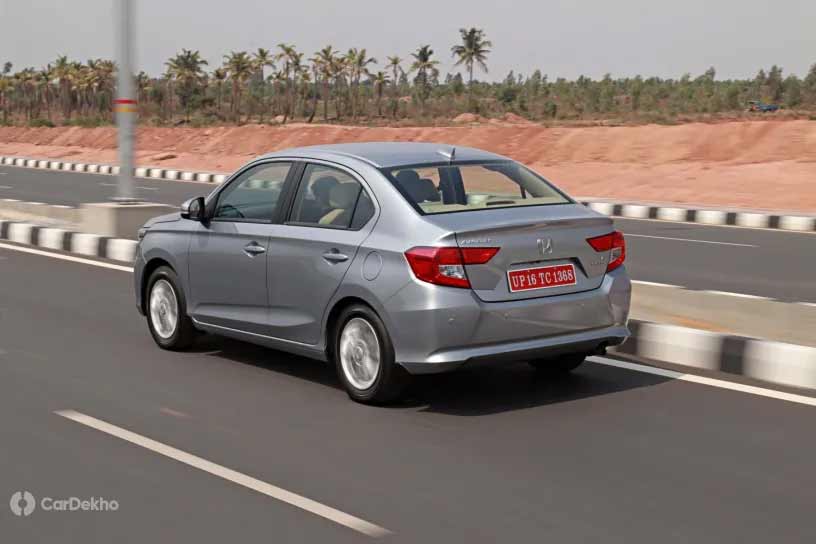 The Maruti Dzire and the Honda Amaze are closely matched when it comes to a balance between acceleration and braking. The Ford Aspire, despite having the most powerful engine, loses out on every performance test here. 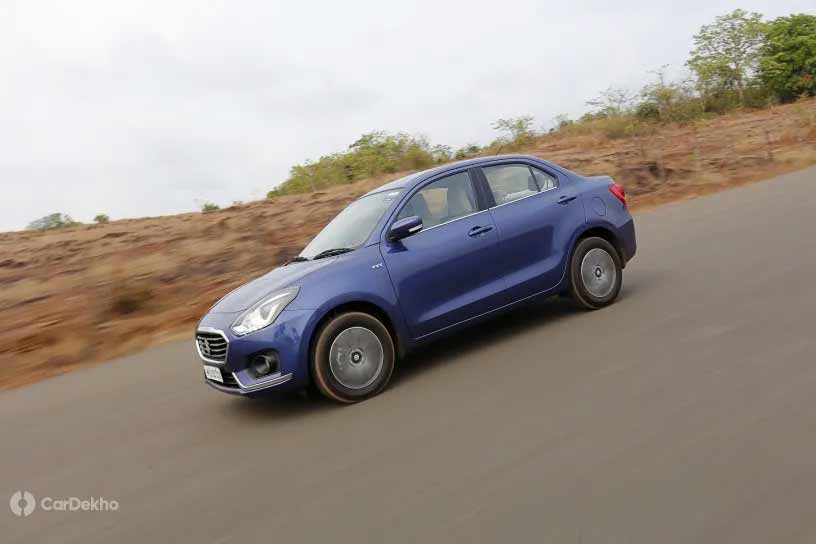