Mahindra XUV300 Electric India Launch In Second Half Of 2020

The all-electric XUV300 will join Mahindra’s EV portfolio that currently consists of the e2o, e2o Plus and the e-Verito 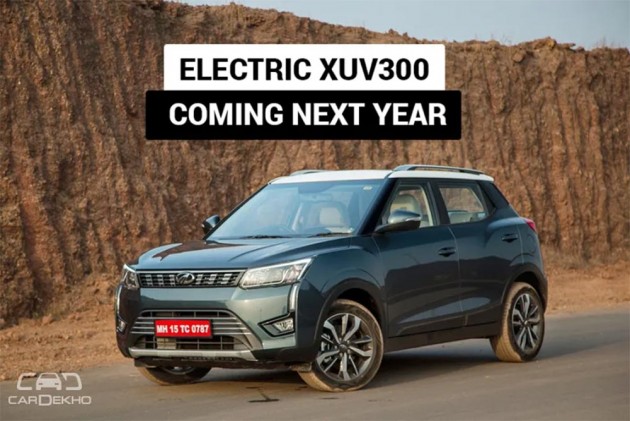 Currently under development, the all-electric XUV300 has been codenamed the S210.

Mahindra has just launched the XUV300 in India but that is just half the story. The Indian carmaker has now confirmed that an electric version of the sub-4 metre SUV will be launched in the second half of 2020. While the XUV300 was given the codename S201, it’s electric version, which is currently under development, has been labelled the S210.

The electric XUV300 will be powered by batteries that are developed in Korea. Mahindra had previously announced a collaboration with LG Chem of Korea for the development and procurement of battery cells for use in the Indian EV market. LG Chem will also supply lithium-ion cells, which were until now imported from China, and Mahindra will start assembling the battery module in India soon in a bid to cut down costs.

The electric XUV300 is expected to be offered in two variants with varying range. The less expensive variant will be targeted at people who want to use the electric SUV within city limits. The more expensive variant will get a longer range that should make intercity commutes possible. We expect the low-range S210 to be priced below Rs 20 lakh, which should make it significantly more affordable than the all-electric Hyundai Kona (likely to be priced around the Rs 25 lakh mark).