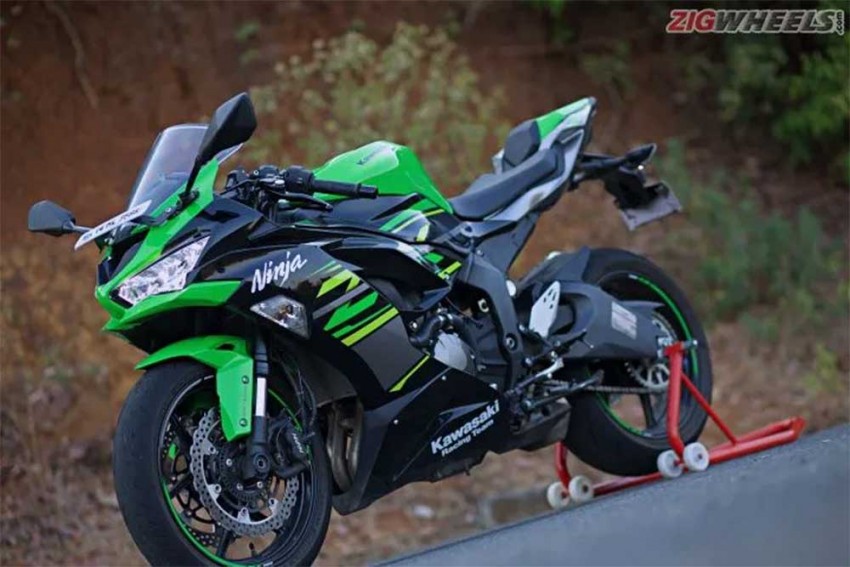 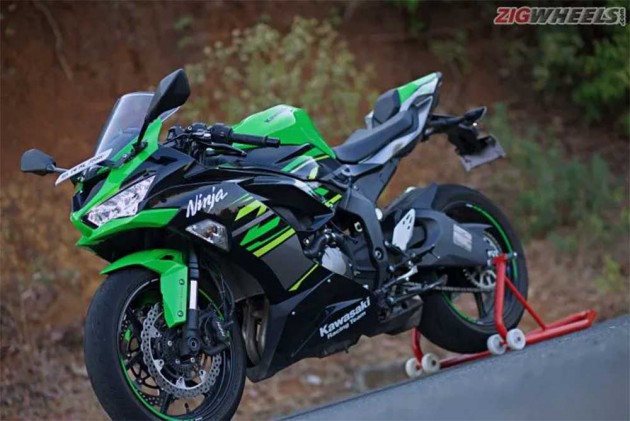 We were pleasantly stunned when we received the news of Kawasaki India bringing the hallowed Ninja ZX-6R to India for Rs 10.49 lakh (ex-showroom India). We spent a couple of days riding the motorcycle in varied conditions and you can read what we have to say about the bike in our review here. However, if you just want to spend some time ogling at this Japanese beaut, we have got something just for you.

Kawasaki has adopted the Ninja H2 design philosophy for its current full-faired options. We had already seen this design on the Ninja 400 and most of you might mistake this 600cc for its smaller 400cc sibling. 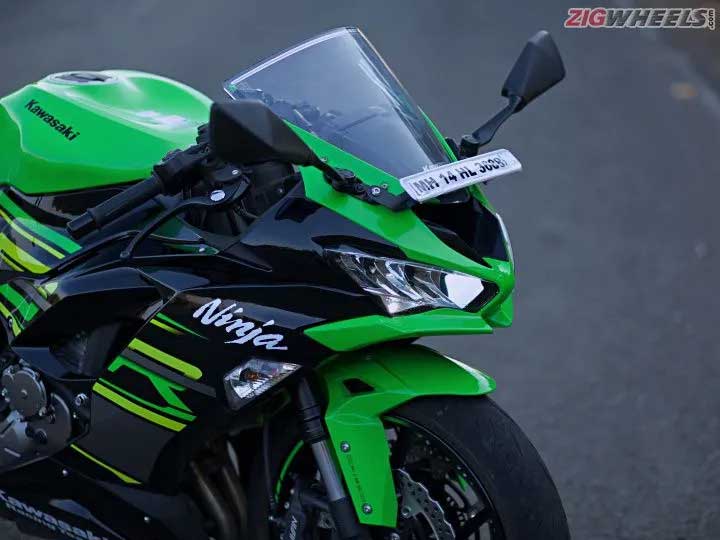 We do not know how much improvement in aero efficiency is achieved via those two little winglets but it has caused much controversy. Audiences aren't liking the new design, longing for the old styling to return. 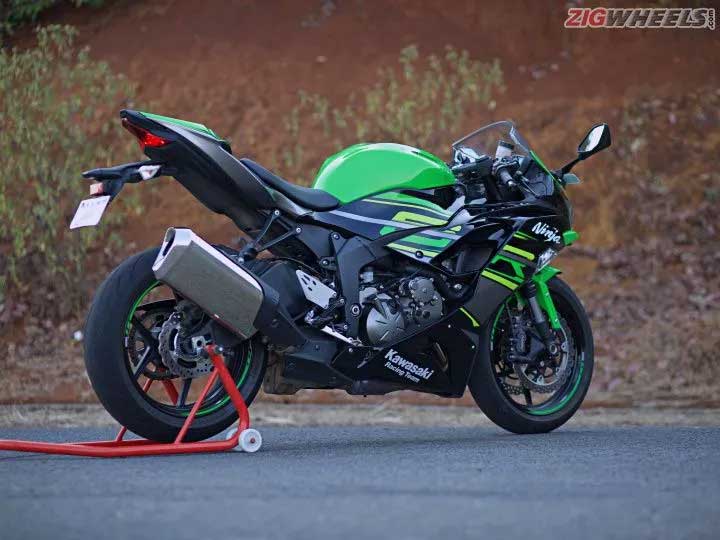 The front end fracas aside, the rest of the form is pleasing to the eye. The body proportions give it a proper big-bike feel, with the sleek sharp tail unit reminiscent of the Ninja ZX-10R. 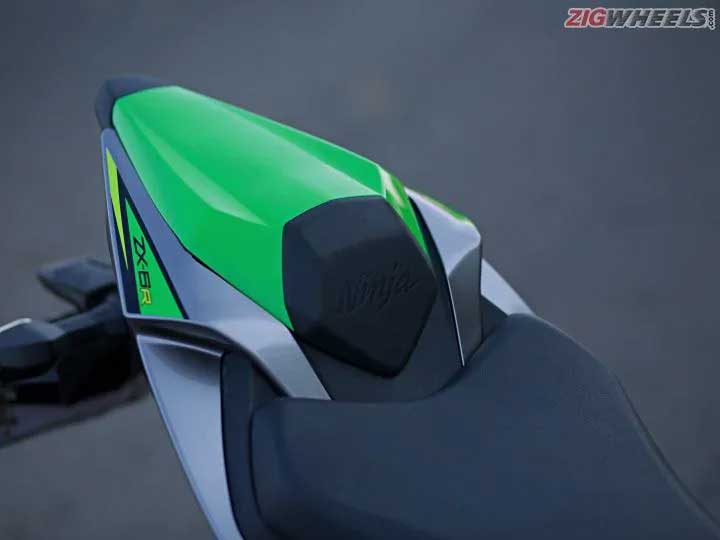 The rear seat cowl completes the racy look. Plus, this avoids all of the clutter of parts, like saree guard and grab rails, that are mandatory for Indian homologation. 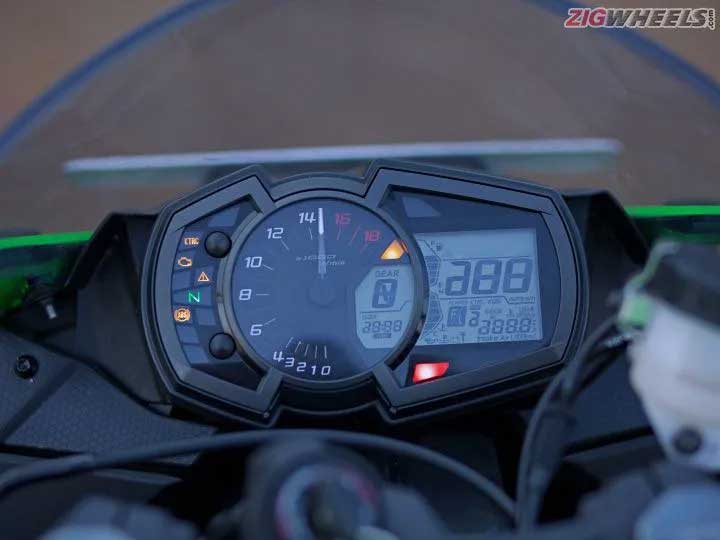 The instrument cluster looks like it has been picked from the Ninja 1000. The semi-digital panel has a lot of tell-tale signs and gives you a plethora of information. And there is just something exciting about watching an analogue tacho go through the revs, which this bike is capable to go up to the 16,000rpm mark! 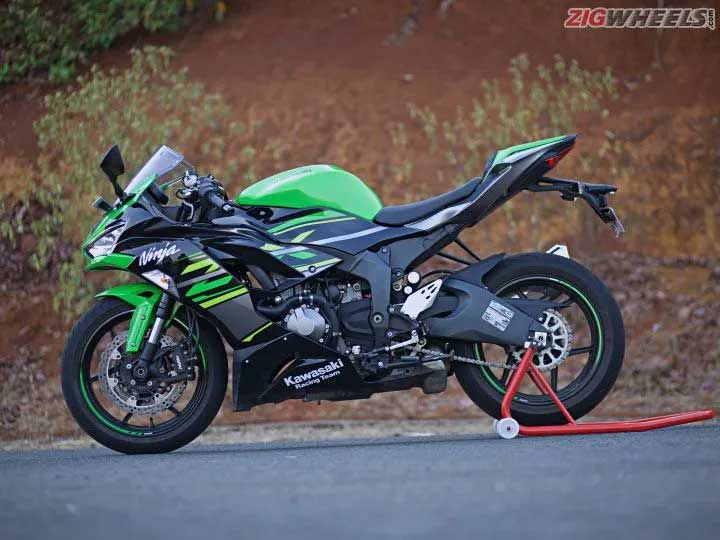 Stance is a bit aggressive but you will not complain too much about back aches or wrist pains when riding the ZX-6R. It is not too cumbersome to get onto as the saddle height of 830mm is reasonable for a supersport. 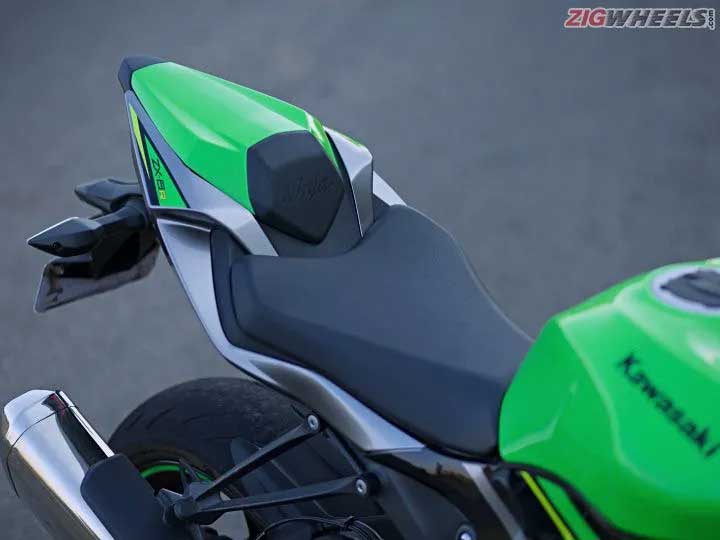 There is plenty of room to move about in the saddle, a big boon when you have got a bee... sorry, food belly. 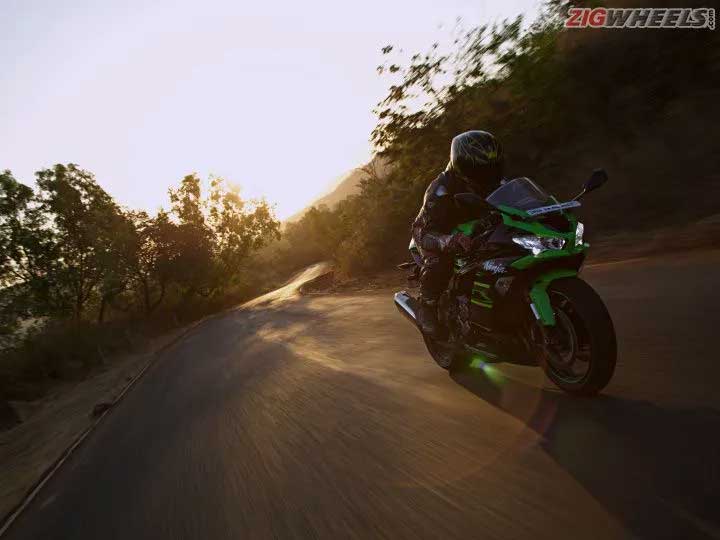 The 636cc inline-four motor has just enough power to enthrall every sort of rider. 136PS is linearly delivered but thanks to the free -revving nature, you go from standstill to insanity in mere seconds. 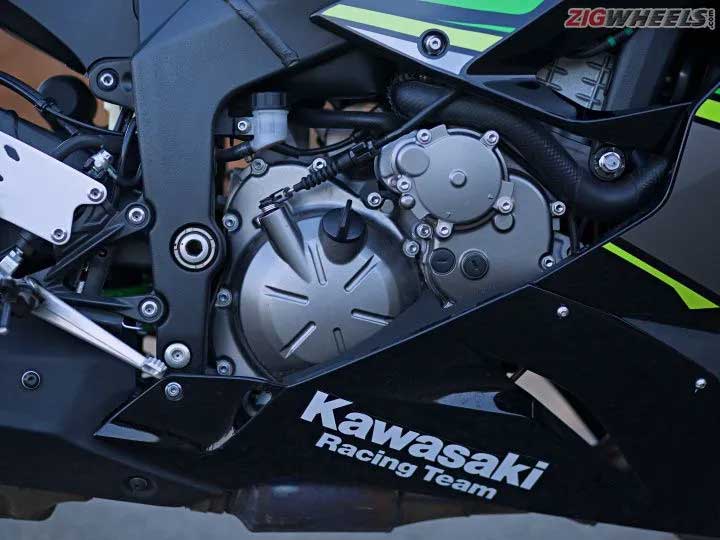 It is the tractability that surprises you. The engine allows you to pull away from speeds as low as 18kmph in sixth gear. Remember, this is 600cc supersport we are talking about. Wow! 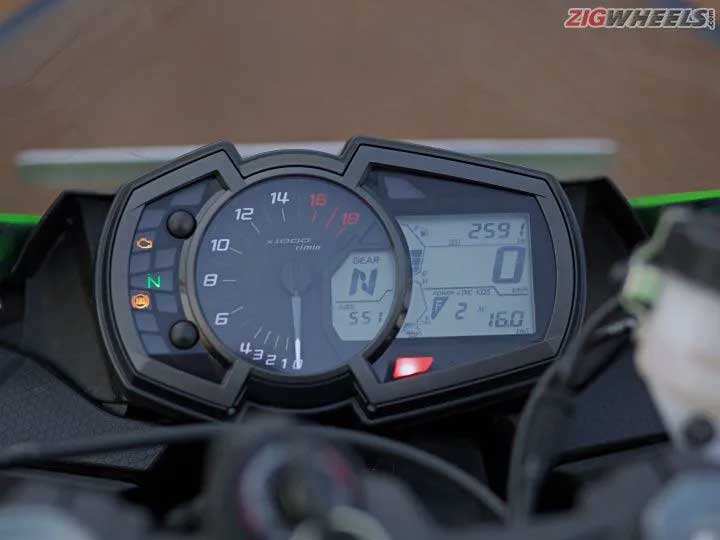 It does not rely too much on electronic rider aids. You only get 2 power modes, 3 traction control settings and an always-active ABS system. 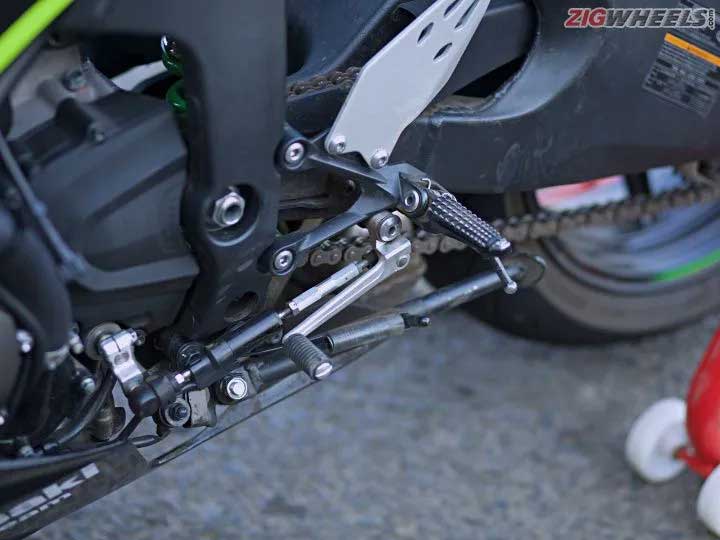 What it does get a sweet slick quickshifter which allows you to go up the cogs without any fuss. 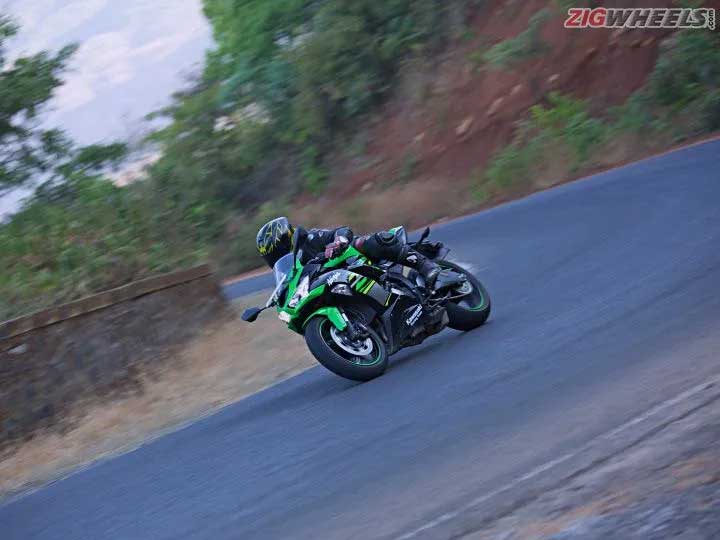 A sharp rake and an equally short wheelbase means it is relatively easy to tip it into corners. But thanks to the fantastic aluminium perimeter frame and swingarm, you get a supremely communicative chassis setup that provides plenty of stability. 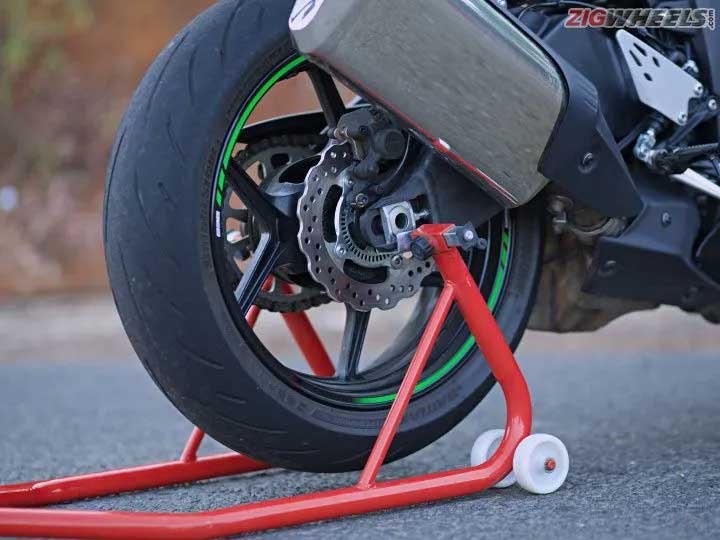 We had no qualms with the Bridgestone Battlax Hypersport S22s as they provided phenomenal grip even at Lavasa, where small undulations are aplenty and gravel is strewn through most sections. 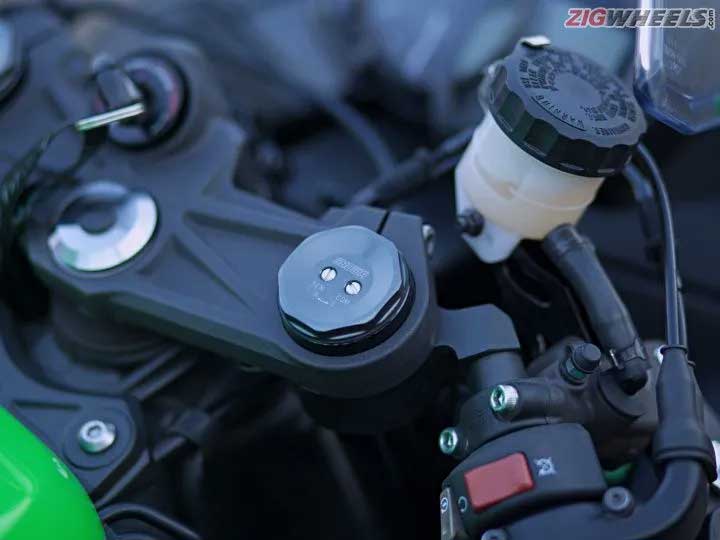 The stock tuning of the fat Showa USDs was a bit on the softer side and served its purpose well on public twisties. However, those who venture out to race tracks should crank up the preload and compression. 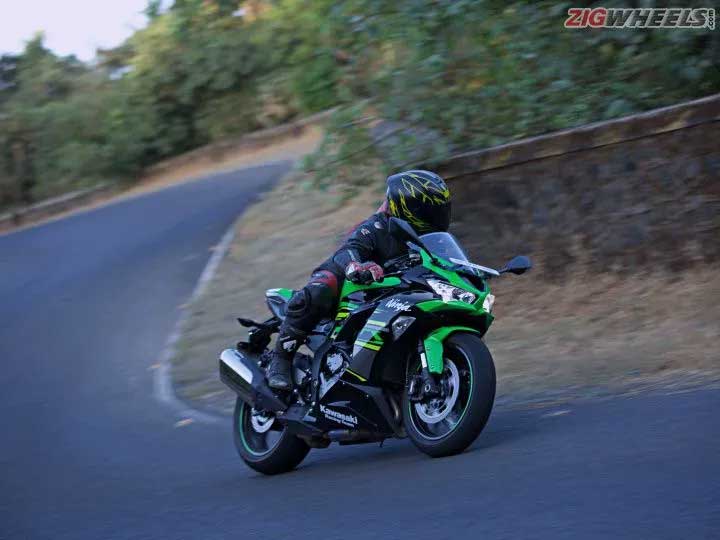 Leaving the stock settings of the rear fully adjustable monshock as stock, the ZX-6R soaked in those mid-corner bumps of Lavasa in its stride. 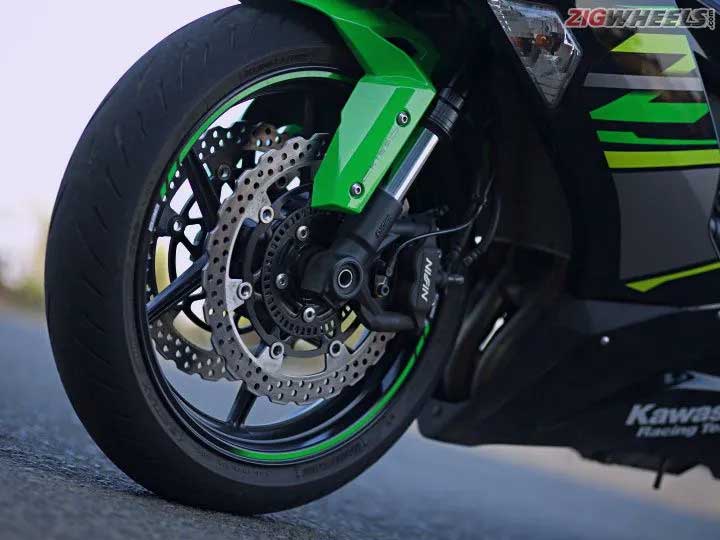 Even though these aren't Brembos, the Nissin monoblocs do a good job of stopping the bike in no time. 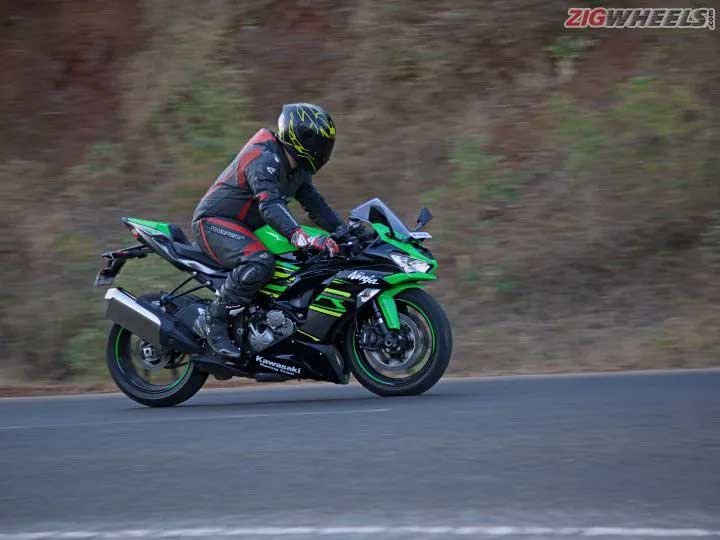 The bite and feedback is fantastic but better ABS calibration could have improved its braking performance. 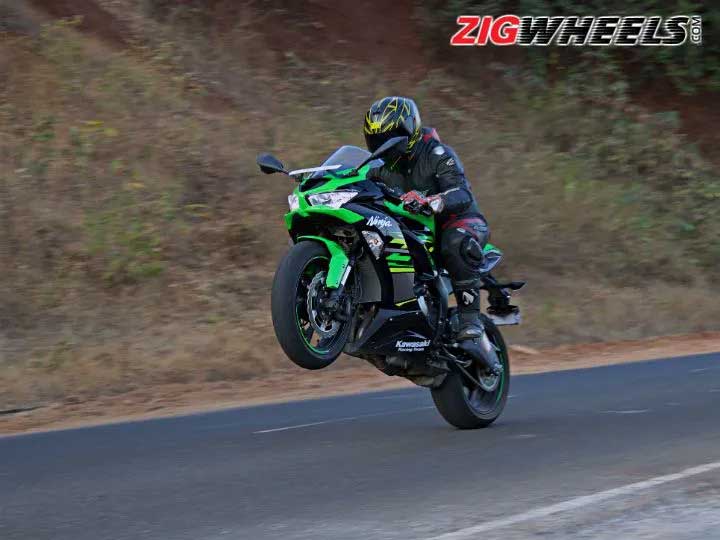 When you look at the complete package, the Ninja ZX-6R has something to delight all riders. Enough performance for an experienced rider while not too much to scare off a noob. Indeed a great supersport for our Indian conditions.