The updated hatchback will go on sale by March 2019

Ford is set to launch the Figo facelift in India by March 2019. In the latest set of spy shots, the Figo was seen testing without a camouflage and featured blue decals with ‘BLU’ badging on the side and tailgate, suggesting that it could be a CNG variant of the upcoming hatchback. 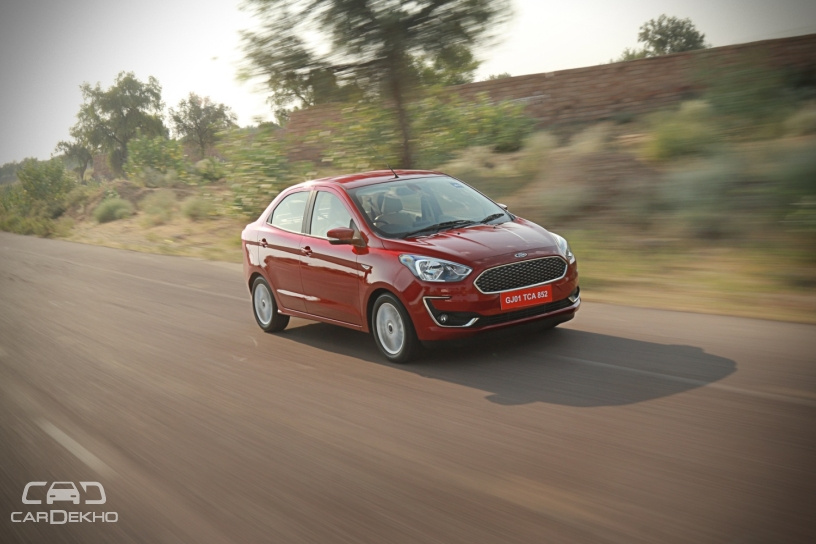 This is not the first time the Figo CNG has been spied. It was spied in July 2018 as well, but that test mule did not have any blue decals. 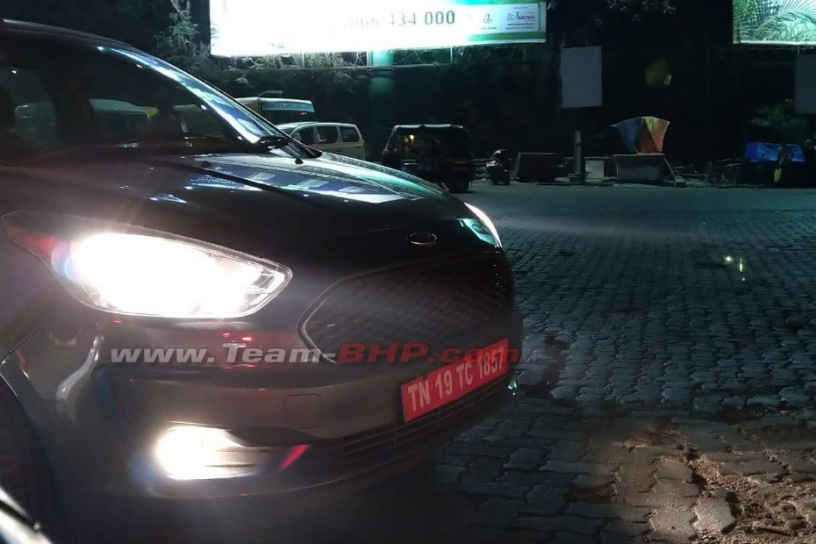 The Figo facelift will borrow design elements from the recently launched Aspire, including a honeycomb mesh grille, redesigned front and rear bumpers and bigger 15-inch alloy wheels. However, the front grille and the bumper inserts will be finished in black rather than chrome and body-colour finish (rear bumper) found on the sedan. 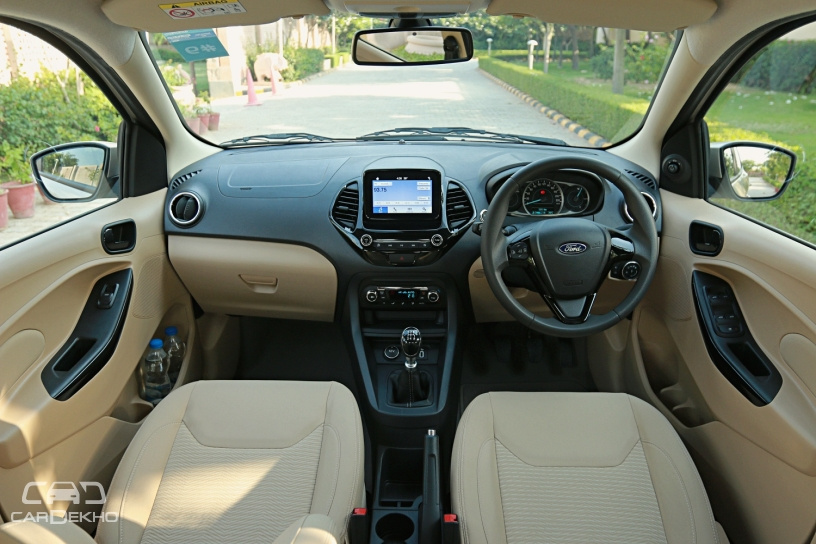 Like the Aspire, the Figo facelift is also likely to be equipped with rain-sensing wipers, auto headlamps, automatic climate control, a 6.5-inch SYNC 3 touchscreen infotainment system with Apple CarPlay and Android Auto, and a reverse parking camera. 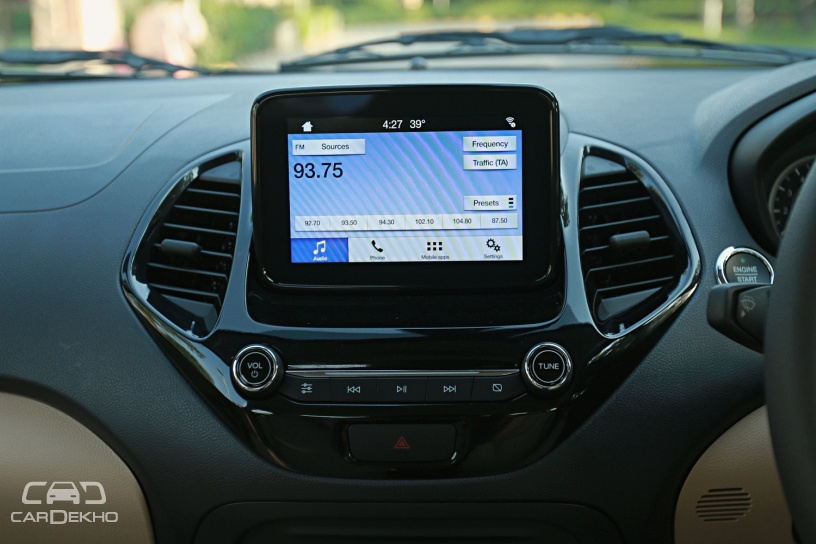 For safety, it is expected to get dual front airbags, ABS with EBD and rear parking sensors as standard. Side and curtain airbags are likely to be limited to the top-spec variant. If Ford decides to offer an automatic variant of the Figo, it may get additional features such as electronic stability program, hill launch assist and traction control. 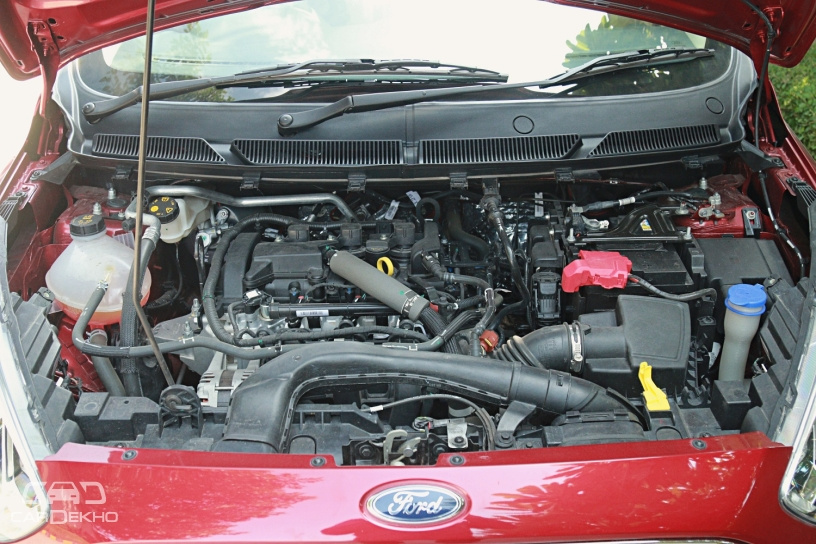 The Figo facelift is likely to be equipped with a 1.2-litre, 3-cylinder petrol engine that puts out 96PS of power and 120Nm of peak torque as well as a 1.5-litre, 4-cylidner diesel unit that generates 100PS and 215Nm. Both engines will be mated to a 5-speed manual gearbox. If the Figo gets an automatic variant, it could get the EcoSport’s 1.5-litre petrol engine (123PS/150Nm) mated to a 6-speed automatic, as we have seen in the Aspire AT. 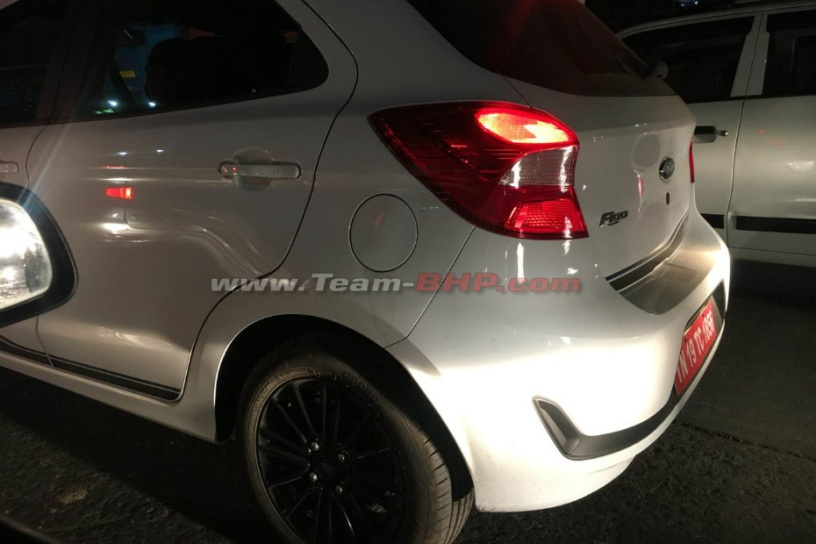 When launched, the Figo facelift will renew its rivalry with the Maruti Suzuki Swift and the Hyundai Grand i10. Ford is expected to price the hatchback lower than the current price tag, as it did with the Aspire. Hence, we expect its prices to range from of Rs 5 lakh to Rs 7.50 lakh. The current Figo is priced from Rs 5.61 lakh to Rs 8.25 lakh (ex-showroom Delhi). At the moment, the Figo is more expensive than the Freestyle. So expect the upcoming facelift to undercut the cross-hatch by a small margin.