The lithium-ion powered electric scooter has a company claimed range of upto 110km!

Avan Motors, a Pune-based electric two-wheeler manufacturer, unveiled the Trend E electric scooter at the 2019 Automobile Expo held in Bangalore last week. This is the company’s third scooter after the Xero and Xero +. Interestingly, all its scooters are powered by lithium-ion batteries. A lithium-ion battery is considerably lighter than a lead acid battery and holds more charge as well. However, they are relatively expensive when compared to lead-acid units.

As far as the design is concerned, the Trend E looks like a conventional scooter - almost like the TVS Scooty Zest 110. It seems to be equipped with large 16-inch alloy wheels lifted from the Avan Xero electric scooter. In fact, its underpinnings, including the front disc brake with a single piston caliper, telescopic front forks and rear coil spring shock absorber, seem to have been borrowed from the Xero. Avan claims that the scooter has a high ground clearance to tackle bad roads and large speed breakers with ease. 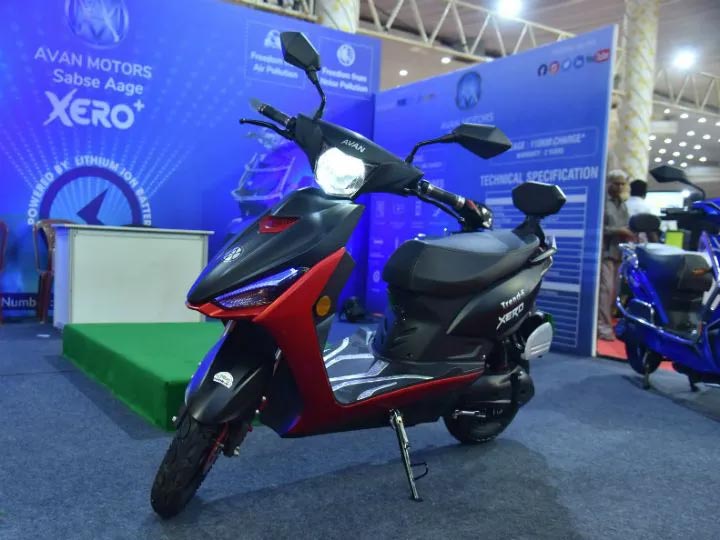 The e-scooter gets a detachable lithium-ion battery pack and there’s a provision to add another battery to extend the range. Avan claims a range of 60km with the standard battery pack and 110km with the additional unit. Charging time for the standard lithium-ion battery is rated at two to four hours. While no details about the electric motor have been revealed, Avan claims the scooter can touch a top speed of 45kmph and carry a maximum payload of 150kg.

When launched, we expect the Trend E to be priced at a slight premium than the Xero +, which costs Rs 46,990 for the standard variant and Rs 66,900 for the one with the dual battery setup (both prices, ex-showroom Delhi). 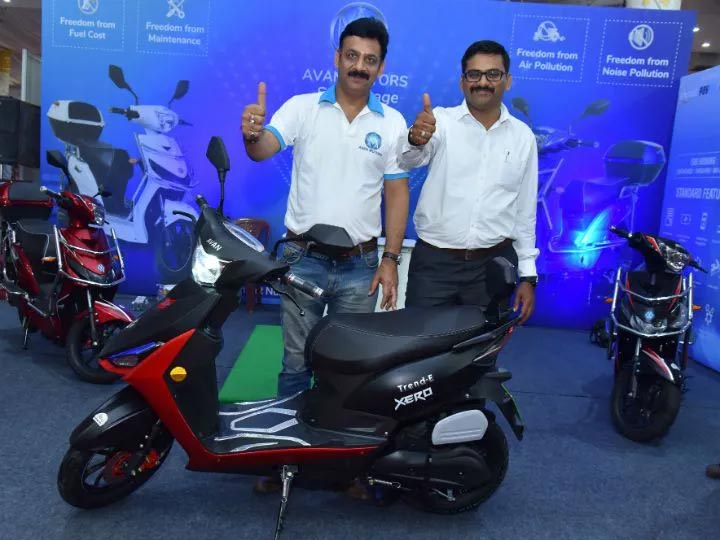 Along with cutting-edge technology and features, the electric scooter comes equipped with a top speed of 45 Kmph and covers a distance of 60 Km on a single charge

Avan Motors India, the country’s most efficient and forward-thinking manufacturer in the EV space, has unveiled its new smart electric scooter Trend E, at the Automobile Expo 2019 in Bengaluru. The latest addition to its Xero series of electric scooters, the high-performance Trend E is powered by a lithium-ion battery and boasts a top speed of 45 Kmph. Furthermore, the electric scooter covers a distance of 60 Kms with single battery & 110 Km with double battery, and the charge time for the scooter’s lithium-ion battery is 2 to 4 hours.

Reflecting Avan Motors India’s emphasis on cutting-edge technological brilliance and power, the Trend E comes equipped with a hydraulic telescopic front suspension and a coil spring rear suspension. Additionally, the scooter is furnished with alloy wheels, with disc and drum brakes on the front and rear wheels, respectively. The max load each scooter can take is a substantial 150 kgs. With its futuristic and aesthetically appealing design, unparalleled engineering, and state-of-the-art equipment, the Trend E is the definitive e-scooter for the next generation of riders.

Speaking on announcement, Pankaj Tiwari, Business Development Head, Avan Motors, commented, “With the Trend E, the latest electric scooter in the Xero series, Avan Motors’ extensive R&D has led to the creation of a scooter that’s a powerful mix of technology and design to meet the needs of the modern rider. Every feature in the Trend E scooter has been added after careful consideration of the requirements and preferences of riders, in order to facilitate a superlative commuting experience. With Higher ground clearance, Lithium-ion detachable Battery pack & its trendy looks, the scooter has attained the best in class features. Moreover, our e-scooters are being regarded across the industry for their combination of aesthetic and technological brilliance, and we are confident that the customers too will appreciate all that the Trend E has to offer.”