Take a sports tourer, put aside all the unnecessary parts, slam it down, add NOS and this is what you get! 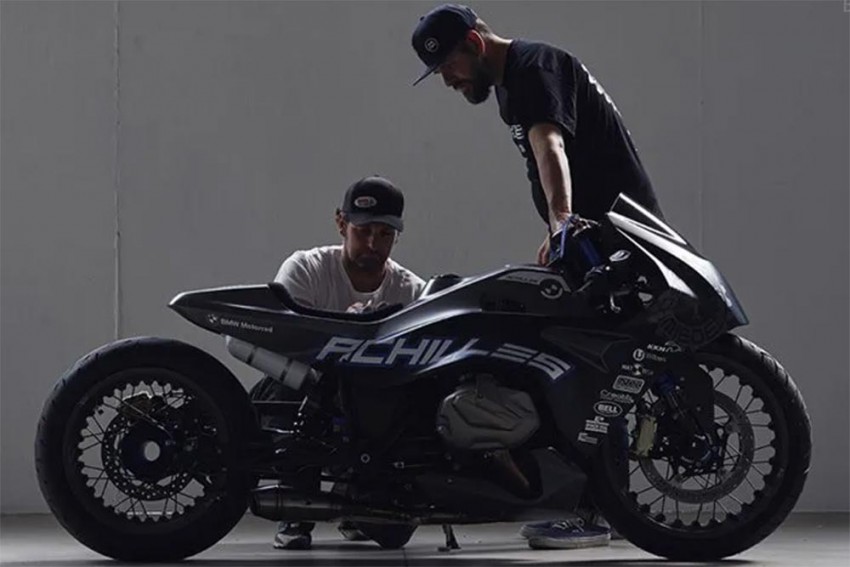 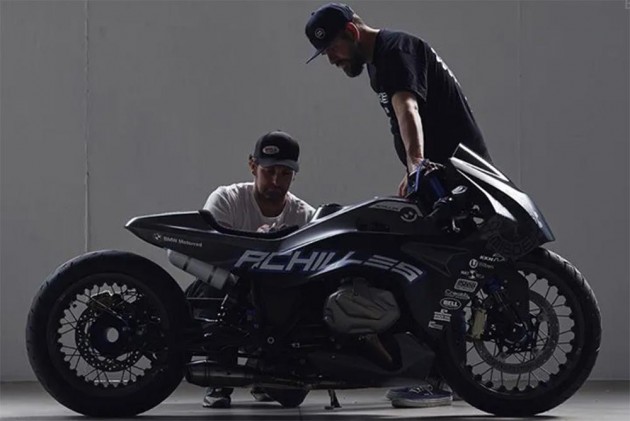 BMW Motorrad is known to be a forward-thinking company which has more often than not strayed away from the conventional design process and envisioned some of the most remarkable working concepts out there. One such bike is the ‘Achilles’ - a full-blown sprintbike that has been designed and built to represent BMW's sporty brand identity at the Sultans of Sprint competition. Interestingly, the rules of the event state that the bikes are judged not just on their performance, but the contenders creativity and craziness too! 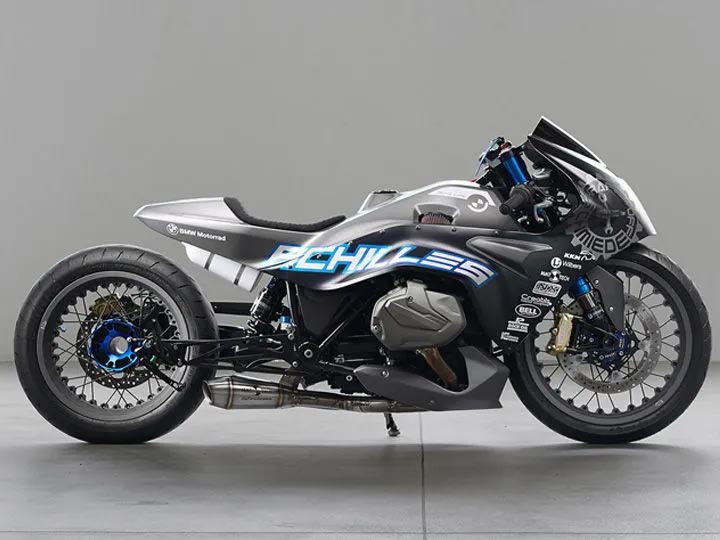 Needless to say, BMW knocked it out of the park with this one! The project bike’s based on the R 1250 RS, which is essentially a sports tourer. In stock form, it’s capable of belting out 136PS and 143Nm of peak torque and also features BMW’s new ‘ShiftCam’ technology. Essentially, BMW's ShiftCam system combines both variable-valve timing and differential valve lift to offer better bottom grunt and top end performance without compromising on fuel-efficiency. 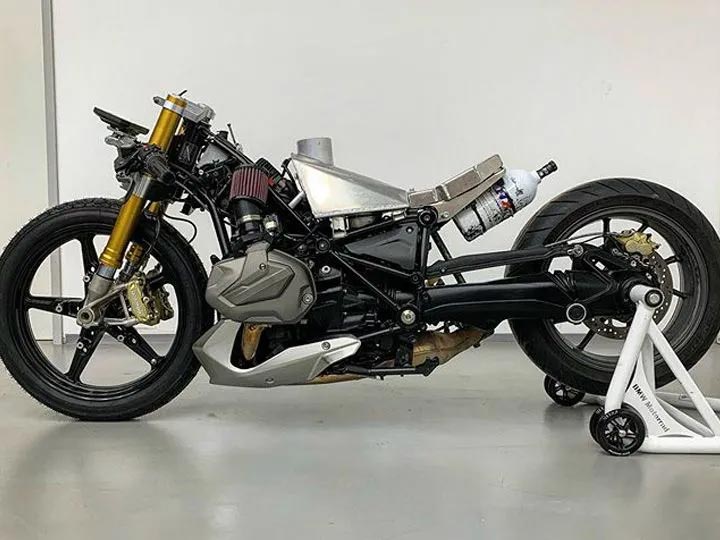 The design brief was simple, build a bike that’s lightning quick and looks equally fast even when it’s stationary. However, Philipp Ludwig (engineer) and Krzysztof Szews (designer) added their own twist to it. A certain criteria was laid down -- good weight distribution, a sharp fairing and weirdly enough, a massive bagger style front wheel. 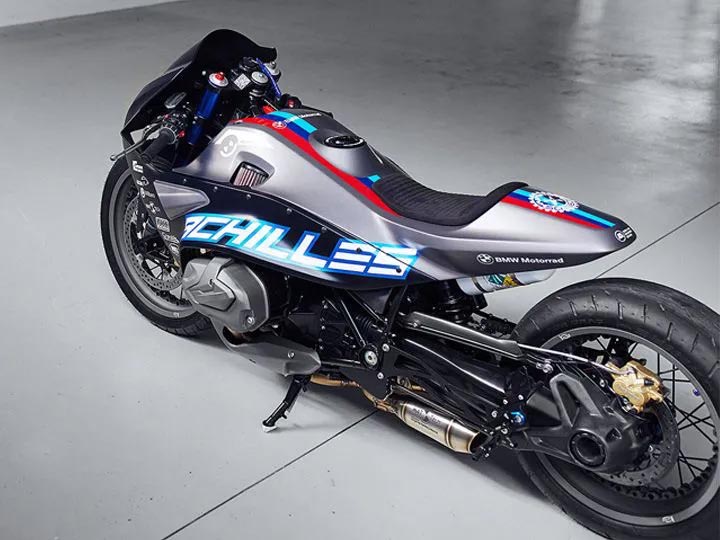 On with the design then! The initial plan involved using basalt fibres to make the body, however, it would have turned out to be too expensive. Hence, the duo turned to 3D printing. The monocoque bodywork which was styled to flow along the length of the bike was printed in sections and then pieced together with reinforced carbon fibre in critical areas. The bike was designed with all its visual weight up front, while the tail section was shortened to create an illusion of a stretched out swingarm. 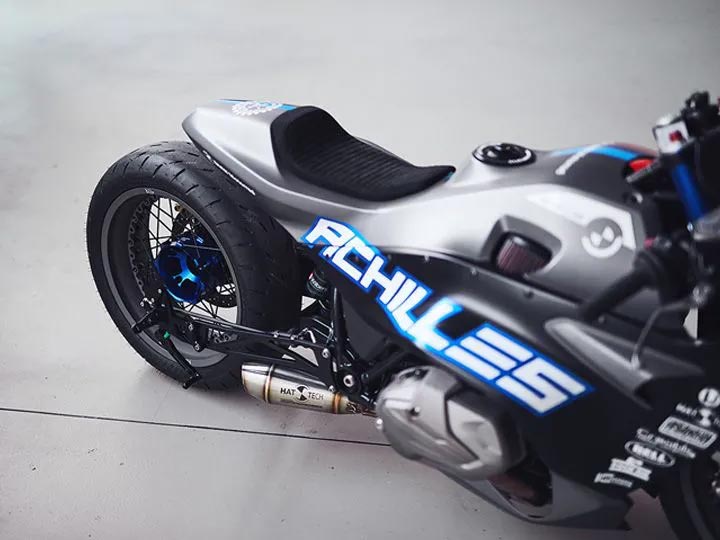 A pair of footpegs were specially fabricated to extended towards the rear in order to put more weight on the rear wheels. In theory, the added weight at the rear should offer better traction off the line. That’s not all, a new fuel tank was designed from scratch along with a race styled quick release fuel-cap and a new tail section were fabricated too. Of which, the latter was designed to incorporate a NOS (Nitrous Oxide) bottle and engine management system. 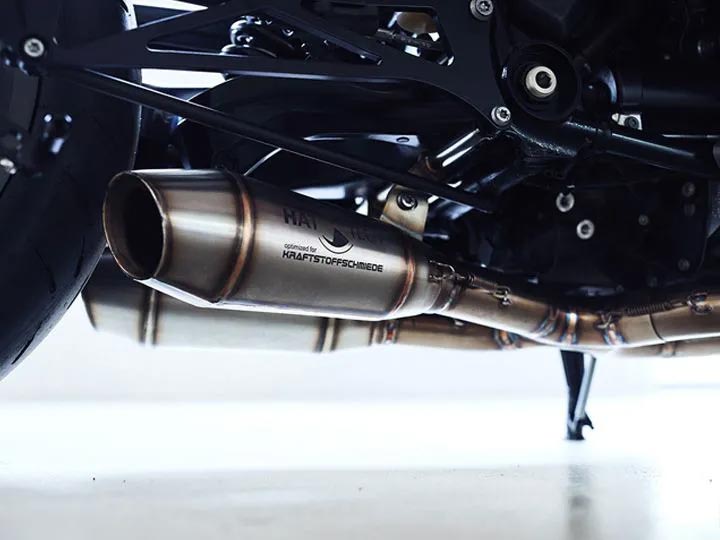 The bike also has two K&N air filters placed on either side of the fairing for maximum air intake and dual custom free-flowing exhausts built by Hattech. 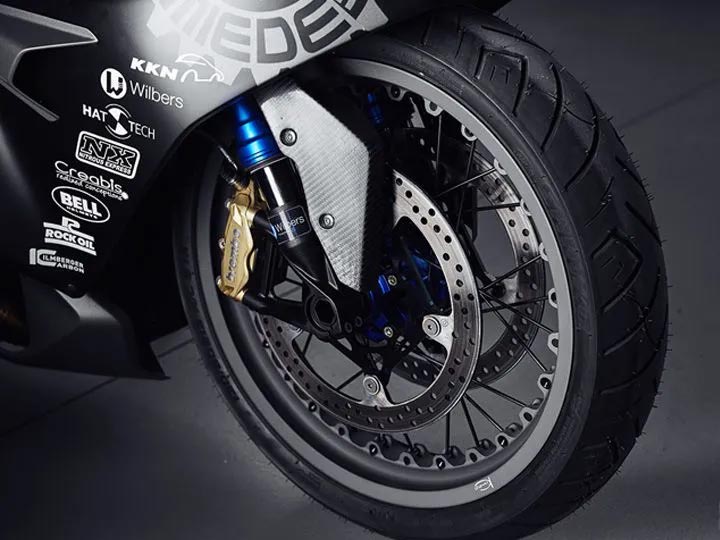 Wilbers Suspension was in charge of supplying the suspension units for the Achilles, both of which are fully adjustable. The suspension has been lowered to offer better traction and prevent the front wheel from lifting due to the surge of torque. Moreover, the CNC-machined triple clamp was designed to be 50mm offset, so as to achieve a longer wheelbase and ideal weight distribution. 19-inch front and 17-inch rear spoked wheels were exclusively designed for the custom R 1250 RS and wrapped in Shinko rubber. The finishing touches included some neat BMW-machined accessories like engine valve covers and brake fluid reservoirs. 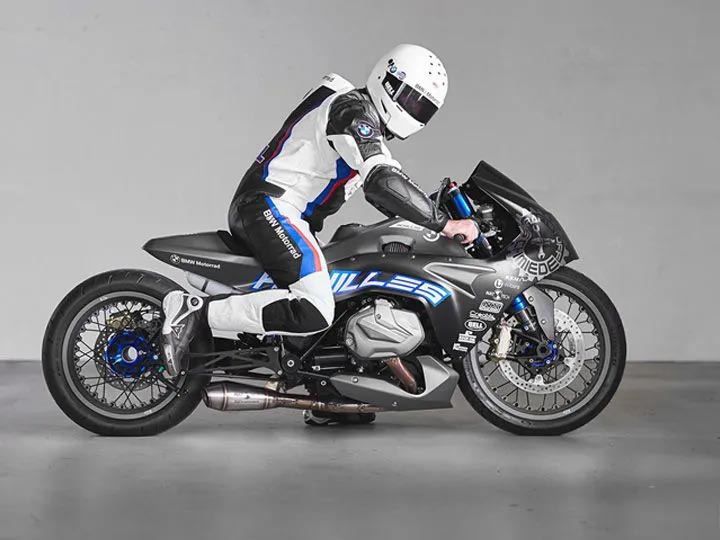 While we don’t have any official figures for the bike, we’re sure to see some phenomenal numbers in its quarter mile run, that is if they ever intend to use it. Yes, it isn’t confirmed as of yet whether we will see this hooligan in action, but we sure hope the Bavarian brand at least gives us a glimpse of its capabilities.

In Focus: The Fuoriluogo Kit For Ducati Scrambler