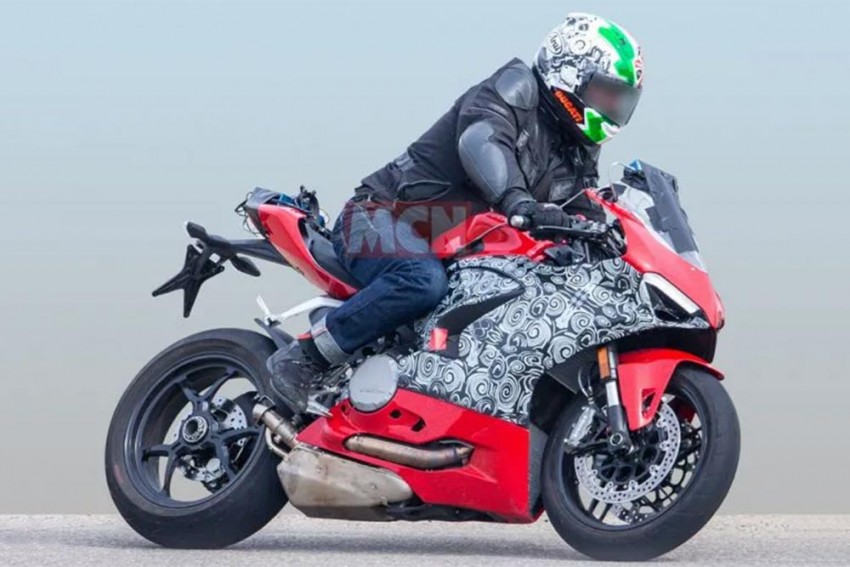 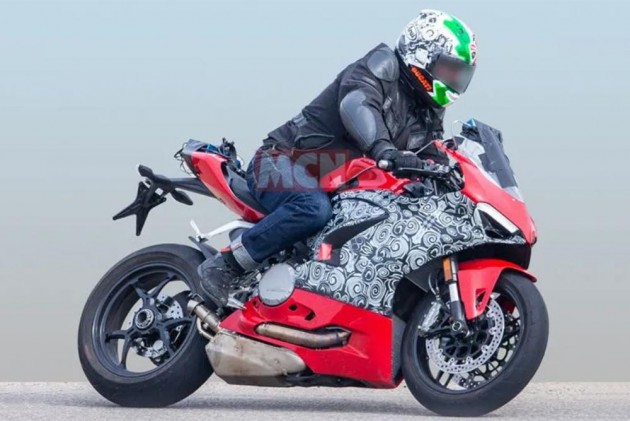 If you thought the Ducati Panigale V4 was a bit too much for you, we’ve got some news. The Bologna-based bikemaker was recently spotted testing an err, ”smaller” displacement Ducati. The all-new 959 Panigale, with a V4-inspired design and an all-new engine setup!

But, wait. Before you grab your pitchforks, let’s take a closer look at the spy images. While initial speculations lead us to believe that the “baby” Panigale might house a de-tuned version of the firm’s Desmosedici Stradale V4 engine, that appears to be not the case anymore. 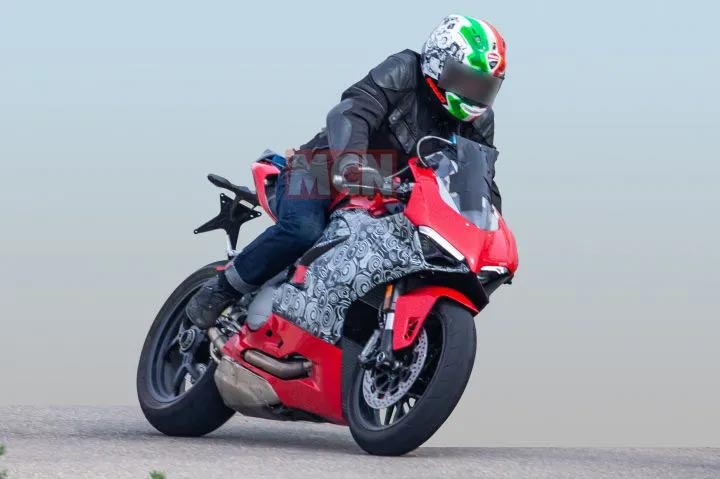 Instead, the 2019 model looks like it’s housing a V-twin setup and perhaps a slight increase in capacity. However, we expect the cc’s have been kept under the 1000cc mark. As far as power figures are concerned, expect a jump of 10PS to 15PS. Which is saying a lot considering the current-gen 959 already makes 150PS.

Take a closer look and you’ll also notice a bulkier exhaust collector. We suspect this might be done to stay clear of the upcoming Euro 5 norms. As mentioned earlier, the 959 Panigale now looks eerily similar to its older sibling. 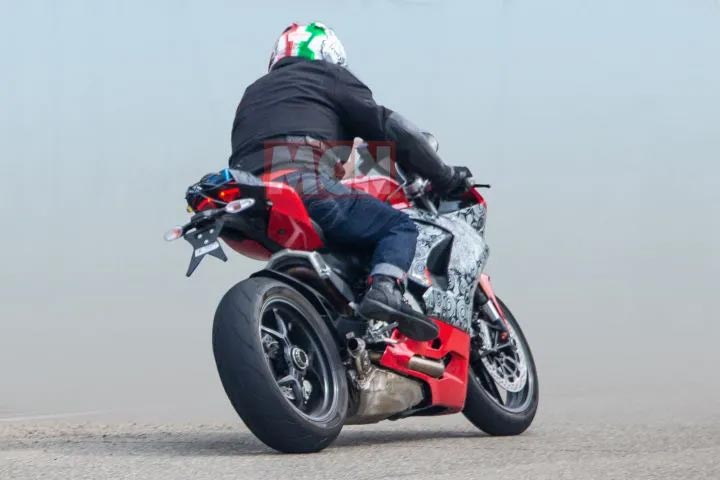 This can be seen with its V4-inspired bodywork, similarly styled headlight design and a new fairing. However, the profile remains very much similar to the previous generation. Other noticeable changes include the addition of a single-sided swingarm, replacing the double-sided unit.

As for when we’ll see it in the flesh, Ducati might unveil the new 959 Panigale at the 2019 EICMA Show in Milan. We also expect the company to introduce additional S and R variants of the bike, just like its older sibling, the Panigale V4.