India is now standing at the ninth position with a total medal tally of 22 gold, 4 silver and 12 bronze. 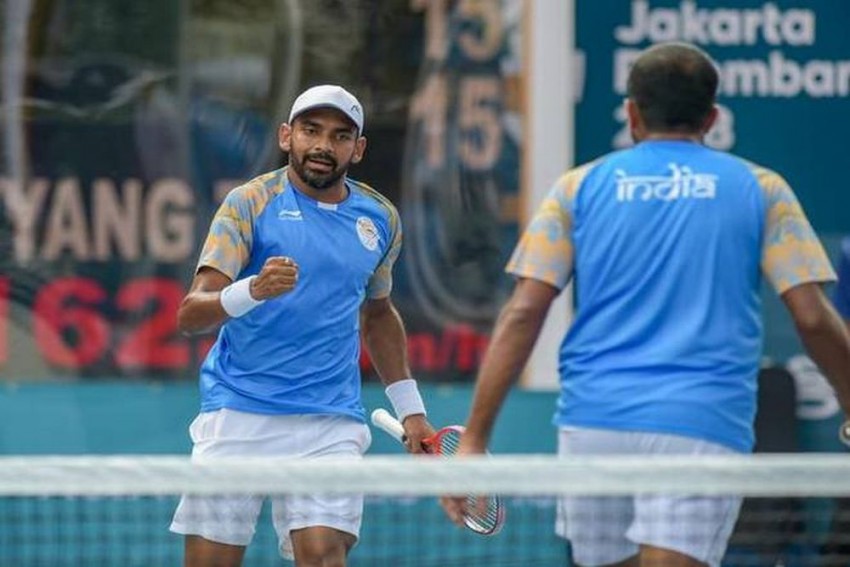 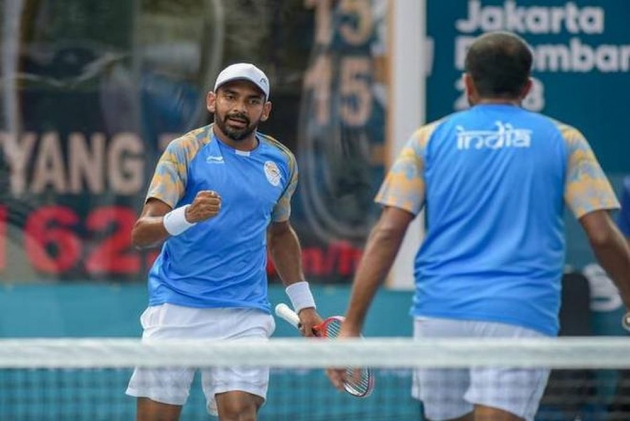 Bopanna and Sharan defeated Aleksander Bublik and Denis Yevseyev of Kazakhstan 6-3 6-4 in 52 minutes.

Less than 20 minutes into the match, the Indians were 4-1 ahead, breaking Bublik and Yevseyev at the very first opportunity they got.

In no time, the top seeds were serving for the set with a 5-3 lead and Bopanna's booming serve wrapped it up in style for them.

The Kazakhs had their moments but were undone by erratic play -- a brilliant cross-court backhand winner one moment and a powerless return buried in the nets the very next minute.

In contrast, Bopanna and Sharan's easy camaraderie shone through in the match and they displayed near-perfect on-court coordination.

Bopanna was particularly formidable from the baseline, displaying a good range of strokes to pull off some tough winners, helped by his brute power.

The second set went slightly better for Bublik and Yevseyev but they just could not rein in the unforced errors, including a double fault in the fifth game which could have cost them.

The Kazakhs had the faster legs between the two pairs but the Indians had the experience to negate that.

At 3-3, Bopanna and Sharan clinched the all-important break to go up and though they were pushed a bit in the very next game, the top seeds held serve to grab a 5-3 lead.

The Kazakhs held on in the next game but it only delayed the inevitable.

Serving for the match at 40-0, Bopanna didn't really come up with the booming serve but the Kazakhs had been deflated enough and a feeble return went into the nets to give India the first tennis gold of the ongoing event.

India have claimed the men's doubles gold on four occasions at the Games, the last pair being Somdev Devvarman and Sanam Singh in the 2010 Guangzhou edition.

Mahesh Bhupathi and Leander Paes remain the most successful Indian men's doubles pair in the Asian Games history, having claimed back-to-back gold medals in the 2002 and 2006 Games.

Paes had stunned the Indian team this time by pulling out on the eve of the Games after complaining of not getting a specialist partner of his choice.

In 2014, Saketh Myneni and Sanam had ended with a silver medal.