TDP slamed the arrest warrant as an act of political vendetta by Bharatiya Janata Party and called for protests across Andhra Pradesh and Telangana. 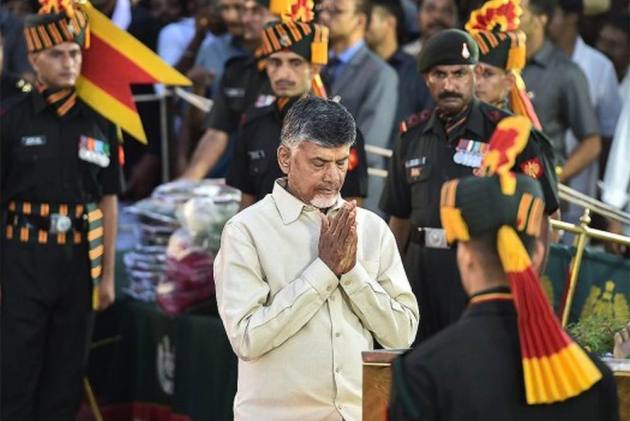 The Telugu Desam Party (TDP) on Friday called for protests after a court in Maharashtra issued arrest warrant against Andhra Pradesh Chief Minister Nara Chandrababu Naidu and others.

TDP, the ruling party in Andhra, slamed the arrest warrant as an act of political vendetta by Bharatiya Janata Party. The party has called for protests across Andhra Pradesh and Telangana.

Acting on a 2010 Babli project protest across the Godavari river, Judicial Magistrate First Class of Dharmabad in Nanded district N R Gajbhiye directed the police to arrest Chandrababu Naidu and 15 others, and produce them in the court by September 21.

“This is nothing but a conspiracy by the BJP to intimidate TDP. BJP is afraid of the alliance that TDP is forming in Telangana and the arrest warrant, which had expired, has been renewed to intimidate us,” Telangana TDP president L Ramana is quoted as saying by the Indian Express.

Chandrababu Naidu and others, then in the opposition in the united Andhra Pradesh, crossed over from Telangana to Maharashtra to stage a protest on July 18, 2010. They were arrested and lodged in a Pune jail in connection with the agitation staged by them near the Babli project site in Maharashtra, opposing it on the ground that it would affect the people downstream. All of them were released later, though they had not sought bail.

“It is revenge politics by BJP, PM Modi and Amit Shah,” TDP leader B Venkanna said.

Naidu’s son and state Information Technology Minister N Lokesh had earlier said that his father and the other TDP leaders would appear in court.

“He fought to protect the interests of Telangana. He even refused to seek bail when he was arrested,” Lokesh said.

The court order, dated July 5 and supposed to be executed by August 16 but corrected to September 21, was issued on a petition filed by a Maharashtra resident.

They have been charged with offences under the Indian Penal Code, including assault or criminal force to deter public servant from discharge of his duty, voluntarily causing hurt by dangerous weapons or means, act endangering life or personal safety of others, criminal intimidation among others.

Naidu was the leader of opposition in the united Andhra Pradesh then and the case has been pending trial all these years.

The chief minister is currently camping in Tirumala, near Tirupati, attending the annual Brahmotsavam of the Lord Venkateswara temple there.