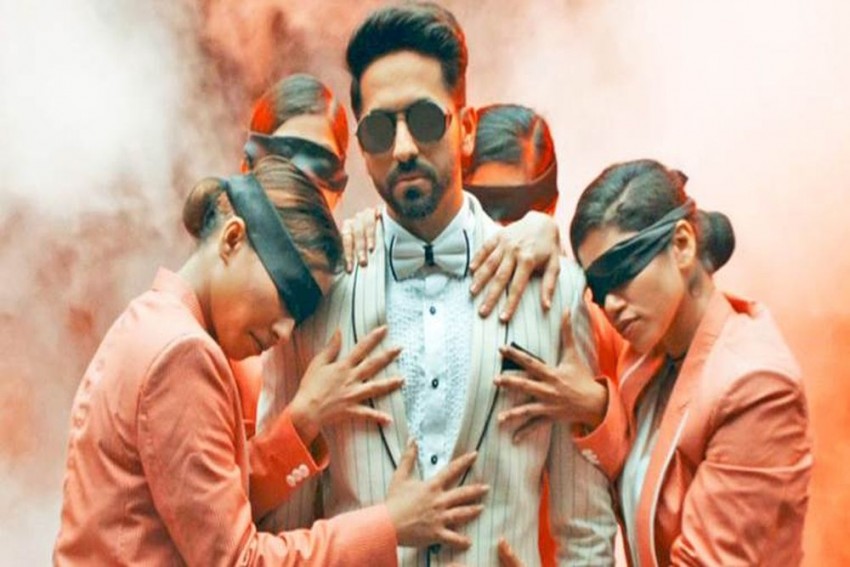 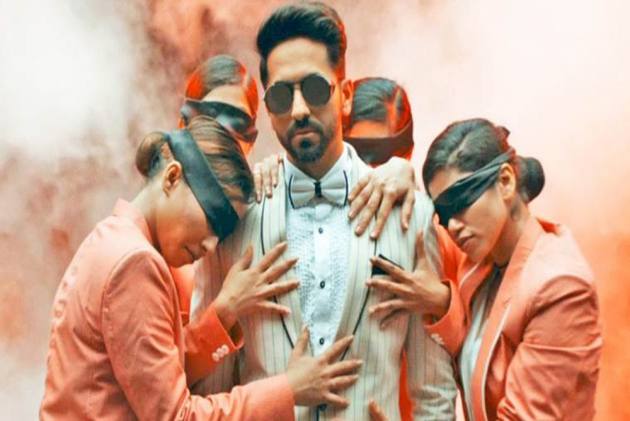 Andhadhun (blind-tune), a word play on ‘Andhadhund’, reflexive of belligerence, slapdash and carelessness—all of which comes through the circular narrative written by Surti, Rao, Biswas, Chandekar and the director, Sriram Raghavan, himself. Circular narratives in earlier forms in literature and cinema were interested in showing us how a particular event occurred and explaining it. Today, the film essentially asks ‘what shade of truth are we willing to believe?’ In the post-truth world, what we see in the deliciously intricate tale of a blind pianist, who is a murder witness, is this very hinge where we cannot distinguish anymore between what is true and what is false. 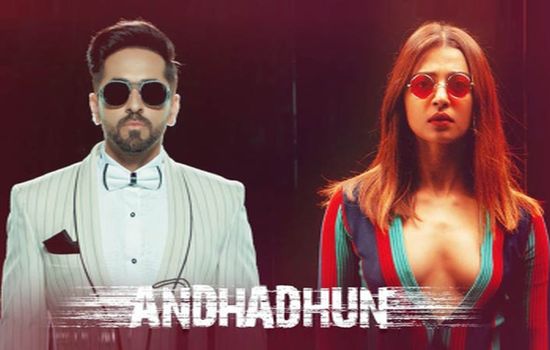 The film makes a canny inversion of the Noir (French for black or dark) genre of cinema: the events in the film happen in broad daylight, interiors are well-lit in brightness of the Pune cityscape. The beauty of such a film is that even if one gives away all the spoilers, yet it will still intrigue. The piano player Aakash (superbly played by Aayushmann Khurana) is an outsider to the diverse elites of Pune, stumbling his way through the madness and mayhem. Simi, (Tabu in fine form, no surprises there!) the wife of yesteryears B-actor Pramod Sethi (played by Anil Dhawan, essentially being himself ), Sophie (played by Apte, finally outside of Netflix, who, in her own Pune milieu, seems highly competent) among other dependable players—Chaya Kadam as a lottery seller, Zakir Hussain as Dr. Swamy, an organ trafficker—keep the mad ride entertaining.

After the wonderful reclaim of the femininity in Stree, Andhadhun is easily the best of the film year so far. It is not who-dunnit, it is why and how-dunnit, like Raghavan’s earlier sleeper hit Johnny Gaddar. At the beginning of Andhadhun, Aakash announces that as an artist he needs focus. But how does a blind man focus? He focuses on music. Now, akin to music being a composition, the narrative here defies patterns after establishing them. It carries a charge of unpredictability. No one is who they seem to be. 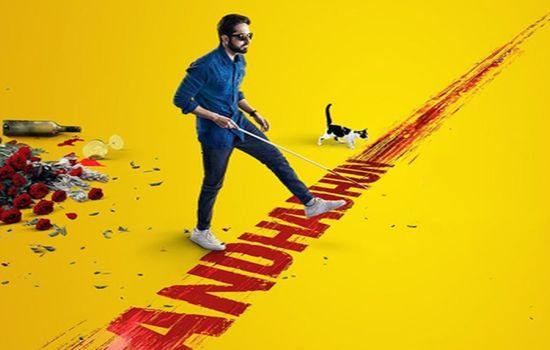 Sample this: A dead body, a piano playing and two people doing a cover-up. The intrigue is how we have landed up in such a situation.  Every character is blinded by their motivations. They (f)alter in 'logic' because they are too busy sensing the mess they are in. Raghavan uses the opposite for us as cinema-goers. The audience is too busy attempting to logically solve the film but is not sensing the situations. In short, Raghavan plays with us and with his characters. His understanding is simple. We want to identify with the protagonist. We want to 'feel' for him, perhaps, for his disability. The director is playing with dis-ability: but here disability to sense—for us, and dis-ability to solve the situation logically—for characters.

Raghavan is after something more interesting than his other films, viz., Logic and Sense. In common parlance, we see logic as 'common sense'. While we try to understand the film, the protagonist is spinning a yarn of his own sensory perceptual realm. Fellini once said filmmaking is a lie. Perhaps, Raghavan is also commenting on cinema’s ability to create endless fictions. Our protagonist is an unreliable narrator, who can’t figure out what is happening to him. While we are still grasping the situation, there is another murder, a possible affair, a certain betrayal and a loot of money. A stack of situations—some spilt blood, some speeding cars, a few accidents- pile one on top of another.

Andhadhun has a whole scheme of organ selling and buying that shows a corrupt world where parts of a person keep changing every day, and so does the person.  Ship of Theseus pointed to this 'part/whole' problem—‘Is the sum of the parts more than the whole?’ Can Aakash (the protagonist) trust his own senses? Are they a part of him or are they aside of him? The film tells us how naive we are when we are being taken for a ride. We still take it. Suspension of disbelief! Suspension of senses! Our disbelief is our insistence on the story being true, our participation being earnest. The director is saying, ‘I will lie and yet you will buy it, because it’s true that I am lying.’ We agree to being fooled.

For instance, after the murder which the protagonist witnesses, he quickly senses somebody else is involved, then uses the logic to decides an obvious loo- break from the piano. He is always trying to establish he is blind to not get killed. We as audience are waiting for a chuckle when he pees, he might swear, we think. But instead something else awaits him and us. Why does he not break away from his character and get scared when he is alone in the loo? Why don't the alleged killers kill him as well? Common sensical logic says he is not alone. The alleged killers want to know if he is really blind or not. They do. But does it matter if he is or isn't? This is well-crafted sensory overload which wants to defy logic by thwarting our expectations.

part from this, Andhadhun presents a homage to the local, regional, Hindi film industry and global art cinema. Sriram Raghavan is a film historian of great merit! If India properly had a 'cinema of citation', Andhadhun is it! Raghavan presents a solid commentary of what has become of B-cinema yesteryears stars in the present day with entrepreneurial endeavours, Hamlet and Denmark, 70s films, pulp novels. Tarantino's eloquence of citation to beg, borrow but most generously steal is laced with the Machiavellian madness of the Fassbinder prototype of wanderers and hunters in an urban dystopia. The result is a stupid, mad, non-sense we have not seen on Hindi film screen for a while now. Raghavan elucidates that innocence of characters is cosmetic and that innocence of cinemagoers is a lack of the sensory. With an unreliable narrator at the heart of the drama, it is our belief in eternal goodness of tainted heart which is shaken.

The writer is pursing PhD cinema studies from Jawaharlal University.