An Open Letter To P. Chidambaram

In response to the home minister's repeated taunts that the civil society must respond to the wanton killing by the Naxals: 'As a member of society I hope I am being civil in disagreeing with you on your hard-line approach against the innocent tribal 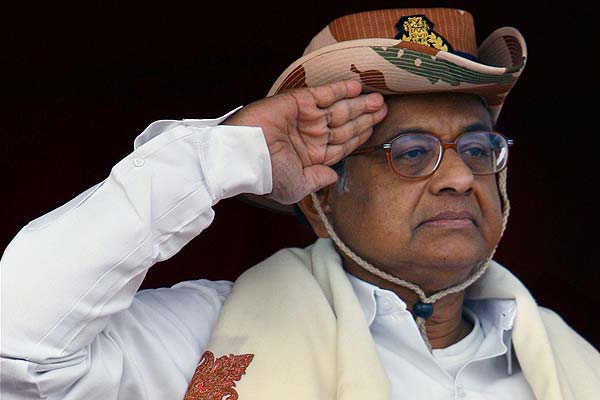 This is in response to your repeated taunts on NDTV that the civil society must respond to the wanton killing by the Naxals. It appears that the interview was tailor-made for getting the consent of the cabinet for more firepower and airpower to combat the Maoists.

The diabolic support of Arun Jaitly, by describing you as an "injured martyr", was designed to achieve his ambition through the support of the mining barons of the BJP ruled states.

As a member of society I hope I am being civil in disagreeing with you on your hard-line approach against the innocent tribals. I also hope you will not find it too shocking to be accused of being largely responsible for the rise and growth of Naxalism, as the following happened on your watch as Finance minister:

There are other questions as well:

You in particular should have known better having been a director of Vedanta Resources!

In your appearance on NDTV you talked about the two-pronged approach and one of the prongs having been weakened. It is the prong of development which has been weakened and is non-existent. The royalty collected is not sufficient to pay for the various types of direct damages done by the mining industry (health, environment, water, roads, rehabilitation etc) let alone the cost of security forces.

It was shocking to know that you were more concerned about your CV falling short by a few months of completing five years as finance minister when you met your maker (refer the NDTV interview) than about the blood of the innocents that has been spilled on both sides as a consequence of corporate profiteering.

It is not surprising that all the state governments which get re-elected on the money of the mining mafia are interested in using air cover to make mining safe and profitable ever after. You should know better the role of money in elections after having managed to squeak past the post while the DMK MPs romped home with handsome margin. Mr A. Raja retained his portfolio!

What is at stake is the credibility of the state: that it is using force to benefit the mining mafia and that it has a vested interest in the profiteering of the mining mafia which is prospering because of crony capitalism.

To restore its credibility the government should resume all the mines which in any case belong to the people and give a solemn pledge that a minimum of 25% of the mining profits will be used for the benefit of the local people. The solution is not only just but one mandated by the Constitution. It is only after restoring its credibility that the state will have the right to act.  That, one hopes, will not be necessary because honest development based on the resources belonging to the people is the best contraceptive against the Maoist ideology. (One is happy to note that according to newspaper report the mining minister has made a similar proposal and, not surprisingly, is facing resistance.)

What happened, Mr Chidambaram? You used to be a nice guy. You resigned over the Fairgrowth affair when you were not even guilty.

Life is not about arguing a brief in court for money. It is about arguing for what is right. You have wrongly accused us of being “neither clever nor being devious “ (refer interview with NDTV), because we are not capable of it. We cannot argue the way you do.

Your arguments in Parliament over the oil for food programme while shielding Reliance from being referred to the Pathak Committee were indeed “brilliant”. Were you being clever or devious in your arguments? (Refer the book Reliance: the Real Natwar written by the undersigned for deciding the issue).

Please do not use “civil society” as an excuse for your omissions and commissions. We have no vested interest except that what belongs to the people should go to the people and that innocents, whether the security forces or the people forced to join the Maoists, should not die for corporate profits.

We are not powerful to tie the state governments with legal cases on police excesses. Those trying to uphold human right violations do so at considerable risk to their life and liberty and deserve our respect and not condemnation as misguided romantics.

On a personal note, Sir, will you resign and argue my PIL before the high court involving Rs 3,00,000 crore of iron ore being gifted by the state to Posco and Arcelor-Mittal (as Nani Palkhivala did to argue the Minerva Mill case)? It will be difficult to lose the case because law, facts and most important you will be on the same side.

If you agree to do so, Sir, I am sure He will give you far more credit than He would for the extra six months that you missed out as Finance Minister!

In case you are interested, I will send you a copy of the petition.

Looking forward to hearing from you. For far too long you have been shifting the blame on “civil society”. We too need answers.