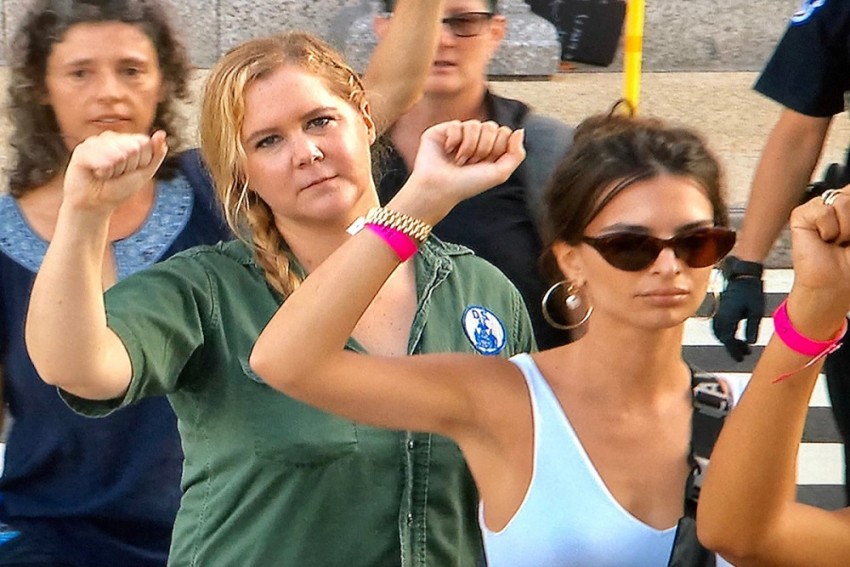 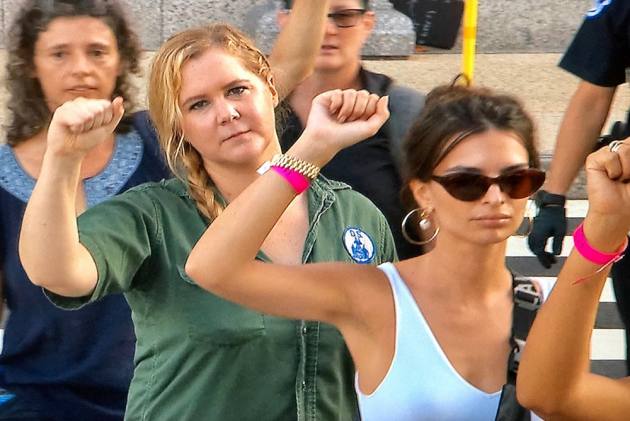 Actress Amy Schumer and model-actress Emily Ratajkowski were among the over 300 people who were arrested  in Washington DC on Thursday. The protests took place  in the Senate office buildings against the nomination to the Supreme Court of Judge Brett Kavanaugh, who is accused of alleged sexual abuse.

Hundreds of people turned up at the Hart and Dirksen Senate Office Buildings to challenge Kavanaugh's nomination after three women accused him of various forms of sexual misconduct, reported CNN.

In a statement, the US Capitol Police said that 293 people were arrested for "unlawfully demonstrating" in the buildings and another nine for "crowding, obstructing, and incommoding", reported  Efe news.

Video from the scene shows the two actresses being detained after an officer asked if they want to be arrested. Additional footage shows them waiting to be processed near a wall with officers.

"Today I was arrested protesting the Supreme Court nomination of Brett Kavanaugh, a man who has been accused by multiple women of sexual assault. Men who hurt women can no longer be placed in positions of power," Ratajkowski tweeted.

"Bravery is contagious," "Stop Kavanaugh,", "Kavanaugh has to go," and "We don't want rapists in court", were the most recurring slogans during the march.

Kavanaugh has been accused of sexual abuse by three women, including Christine Blasey Ford, who testified before the Senate Judiciary Committee last  week, saying she was 100 per cent sure that the Supreme Court nominee tried to rape her in 1982.

The Senate, in which the Republicans have a narrow 51-49 majority, is due to vote on Kavanaugh's confirmation on Saturday.

The party, however, needs a simple majority of 51 votes in the Senate for its judicial nomination to be approved.