The Narendra Modi Stadium is spread over 63 acres land and has seating capacity for 1,32,000 spectators surpassing Melbourne Cricket Ground 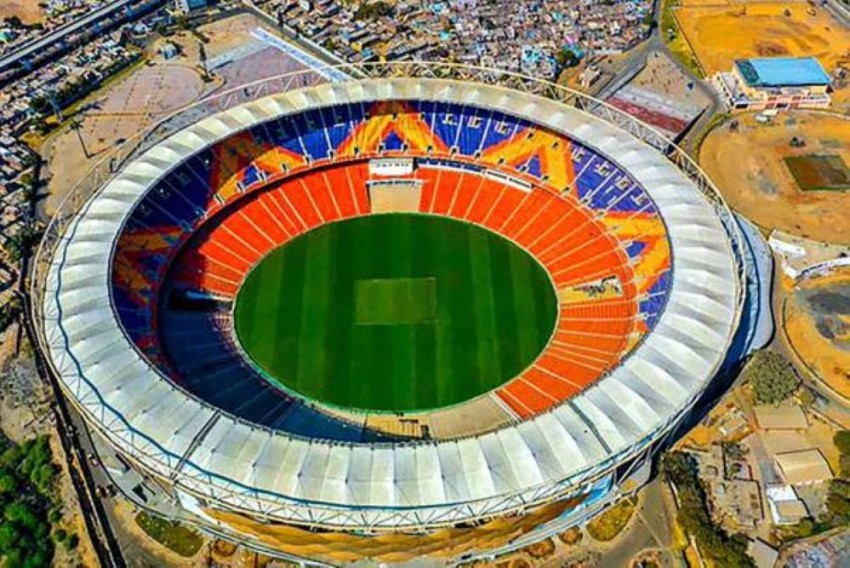 India cricketers were left astonished by the sight of the world's biggest stadium in Motera and it took them quite some time to get used to the facility. From having LED floodlights which will eliminate shadows to having 11 centre strips, the Gujarat Cricket Association facility has many firsts to its name. Preview | News | Gallery | Live Streaming

Here are some of the salient features of the stadium.

The stadium is spread over 63 acres land and has seating capacity for 1,32,000 spectators surpassing Melbourne Cricket Ground which till now had the largest capacity of 90,000 spectators.

The total stadium area is 2,38,714 square metres, which is equivalent to 32 Olympic size soccer fields put together.

The stadium has 11 pitches using red soil and black soil and it is the only stadium in the world to have same soil surfaces for the main & practice pitches.

The cricket ground’s sub-soil drainage system enables water to be drained off within 30 minutes from the time it stops raining avoiding cancellation of matches due to wet ground.

This is the only cricket stadium in the world to have 4 dressing rooms for the players so that back-to-back games can be played on the same day.

The 360-degree podium concourse at 9 metres height allows smooth movement of the crowd and also caters to evacuation during emergencies as well as for hospitality and other services.