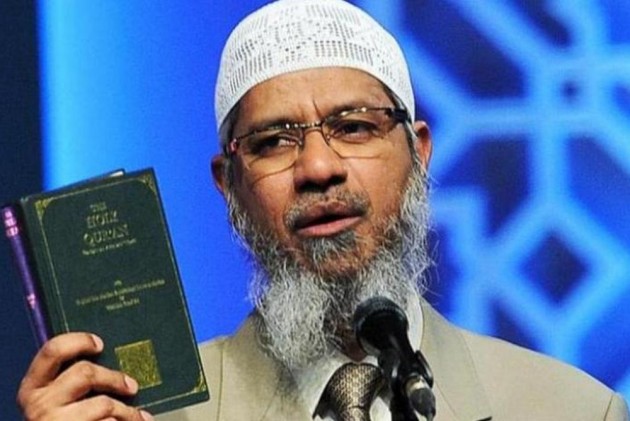 Aligarh-based Islamic Mission School has come under the scanner of the Uttar Pradesh government on Friday for allegedly portraying controversial preacher Zakir Naik as "an important Islamic personality" in a book published by it.
The state education department has ordered an inquiry and issued a show cause notice to the school in this regard.
The News Indian Express reported that the book called ‘Ilm-un-Nafe’, which is the part of curriculum in Islamic Mission School, has a chapter talking about the Islamic heroes figuring Zakir Naik as well.
Hindustan Times reported that the Class 1 book has chapters on nine famous Muslim personalities. One of them features Naik, founder of Mumbai-based NGO – Islamic Research Foundation.
The school management claimed that the book – aimed at enhancing children’s general knowledge – was published two years back, but in the new session the chapter on Naik would be removed from it, the HT report added.
“The book has chapters on renowned Muslims and one chapter is on Zakir Naik,” the author of the book, Kunen Kausar, who is also the manager of the school, told the newspaper.
Kausar, however added that when the book was published two years back, there was no case against Naik. Now, the chapter on him will be removed.
Aligarh Basic Shiksha Adhikari (BSA), Dhirendra Kumar told The New Indian Express that Naik’s depiction as a hero fell in the category of anti-national activity. “After giving notice to the school, action will be initiated to cancel its recognition,” said Kumar.
Recently, a PMLA Tribunal has restrained the Enforcement Directorate (ED) from taking possession of immovable assets it has attached in connection with a money laundering case against Naik, a move the agency said it will appeal against.
The central probe agency, in March last year, had attached a school building in Chennai and a godown as part of its provisional attachment in the case and it was carried out under the stringent criminal provision of the Prevention of Money Laundering Act (PMLA).
(With PTI inputs)