P. Sainath, founder-editor of the People’s Archive of Rural India discusses how the Kisan march provided a morale boost to farmers and why we all should ally with them. 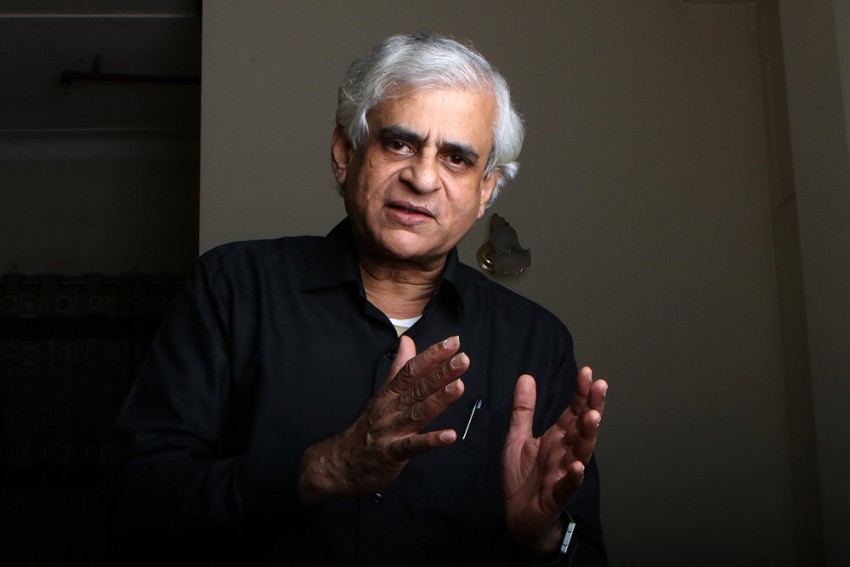 New Delhi witnessed a new awakening of the farmer community when they marched demanding a joint session of Parliament to discuss the agrarian crisis. P. Sainath, founder-editor of the People’s Archive of Rural India, discusses how the march provided a morale boost to farmers and why we all should ally with them. Edited excerpts from an interview of Preetha Nair:

What was the outcome of such an unprecedented gathering of farmers in Delhi?

For the past two years, farmers have been coming out and protesting assertively, marking a shift from a mindset of acute demoralisation to one of active protest, which can lead to assertion of rights and rise in political consciousness. Moreover, there is an emerging connection between middle-class citizens and the less privileged sections. It’s coming from young people and boosting farmers. This building of solidarity along with awakening of consciousness is a positive development.

What sparked the march? Has anything changed on the ground?

The turning point this year was in March when 40,000 people took part in the Mumbai-Nasik march organised by All India Kisan Sabha. When they marched with bleeding feet, it got reported by the media, by default. In Delhi too, the march received astonishing response from the public. Bank employees set up a counter to distribute water and food to the farmers. Professors, doctors and students came out in support. There were solidarity meetings across the country.

But we have turned a blind eye to agrarian issues for very long.

It took me seven years to place the issue of farmer’s suicide on the agenda of the media. And it met with lot of hostility. Two decades of neoliberal globalization have caused a massive growth in inequality. The agrarian crisis has gone far beyond the agrarian. It’s a social crisis with people leaving agriculture and not getting absorbed anywhere else. Between 1991 and 2011, 1.5 crore farmers dropped out of agriculture, with most becoming landless farm labourers. Lakhs went to other villages and cities in search of jobs that are not there. It’s a civilisational crisis now, a crisis of humanity. Lakhs of farmers have committed suicide.

What is to be discussed in the Parliament session the farmers are demanding?

It has been 14 years since the first report of the National Commission for Farmers—the Swaminathan report—and Parliament could not find time for a special discussion on it. The session has to deal with more than just loan waivers and MSP. It’s important to pass the two private bills, supported by 21 parties, to address the issue of remunerative prices and indebtedness in the immediate situation. Then, for three days, you can discuss the models of agriculture—do we want a chemical-soaked, corporate-driven agriculture, or a community-controlled ecological agriculture? Also, for 25 years, we have systematically sucked agriculture credit out of the hands of farmers and handed it over to agri-business. That’s why we are in a credit crunch now. And while land reforms remains the critical part of rural India’s unfinished agenda, you have clowns today who think reform means freeing land for corporates.

You said that women farmer’s rights have been neglected for long...

You cannot resolve the agrarian crisis if you do not address the issue of women farmers, dalit farmers, tenant farmers and adivasi farmers. It’s absurd to think that you can resolve a crisis without engaging those who do sixty per cent or more work in agriculture.

Barely eight per cent of Indian women have land in their name. In the case of husband’s death, the land does not pass on to the hands of women easily. Normally it’s divided between the sons. Those who cry for the women whose husbands committed suicides are only paying lip service.

What are the other issues that should be brought to the discussion table?

Water crisis needs immediate attention, given the way we deplete the resources. This crisis is driven by inequality. Multiple transfer of water is taking place from agriculture to industry and from livelihood to lifestyle. And within agriculture, there is a transfer from food crop to cash crops. You need to decide whether water a commodity or fundamental human right.

Another three days should be dedicated to discuss the declining public investment in agriculture. Lastly you have three days to listen to the victims of agrarian crisis. Let them speak.

How do you rate the BJP government’s performance in this sector?

In 2014, Modi promised he would implement the MSP recommendations of the Swaminathan report. But instead of taking the comprehensive cost of production, his government mostly took just the paid-out cost of inputs into account. Also, if you cannot bring down the production cost, there’s no hope. For that, you need to remove corporate control over inputs and adopt agro-ecological methods.

The Pradhan Mantri Fasal Bima Yojana is a scam, wonderful only for banks and insurance corporations. While the farmer contributes 1.5-2 per cent of the risk cover, the state and central governments contribute 8 per cent each. In Parbhani district of Maharashtra, which saw major crop losses, the payouts in two major circles were as low as Rs 540, Rs 40 and so on. After an agitation, some farmers got Rs 20,000.The insurance company made Rs 173 crore as profit from the district, paying out far less than the premium collected from the three parties.

The Comptroller and Auditors General report has come down heavily on the scheme saying that the government has no data base and it is dependent on banks and insurers and private corporations for data. This is unbelievable scope for scam. Secondly, many of the banks are also insurance companies. They also coerce the farmers into taking insurance policy while applying a loan.