Home  »  Website  »  National  » Reportage  »  After His Book On Hinduism, Tharoor’s Pitch For Muslims In India

After His Book On Hinduism, Tharoor’s Pitch For Muslims In India

In a recent lecture he delivered in Delhi, Tharoor batted for a moderate view of Islam while projecting three examples from the life of Kerala IUML patron, late Panakkad Syed Mohammedali Shihab Thangal, including a story that was published in Outlook 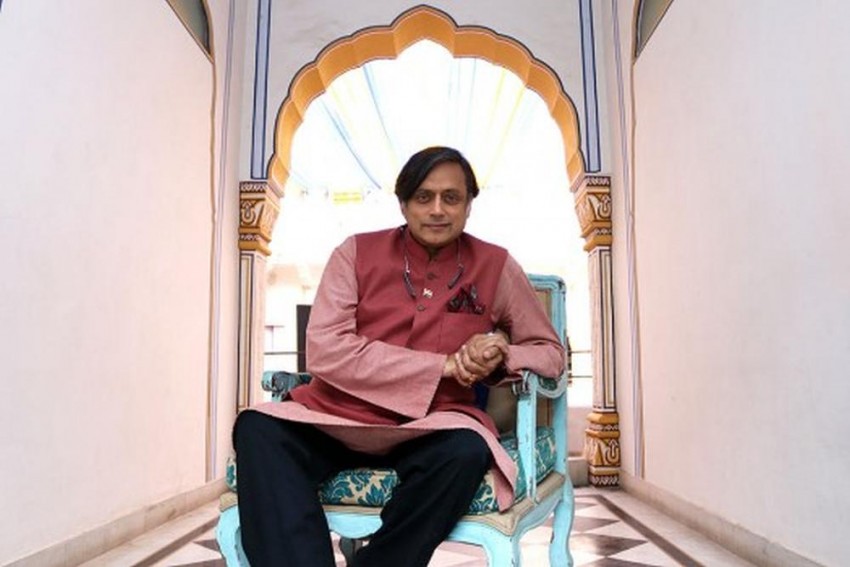 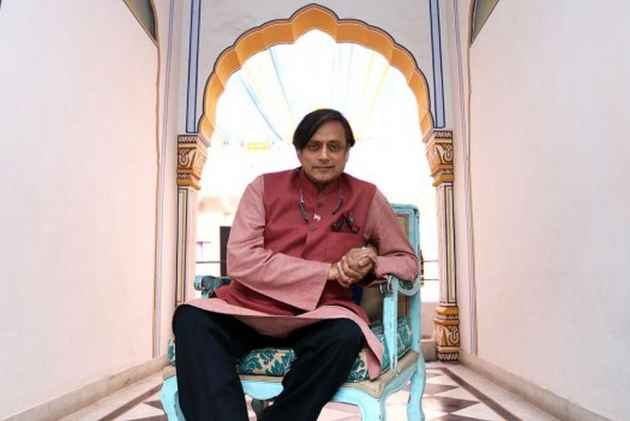 outlookindia.com
2018-08-12T01:04:32+05:30
After his much-hyped book on Hinduism, in which he denounced the aggressive idiom of Hindutva, setting it against the more open religious traditions India is known for, author-politician Shashi Tharoor now has a pitch for the Muslims in India.
In a recent lecture he delivered in Delhi, Tharoor batted for a moderate view of Islam while projecting three examples from the life of Indian Union Muslim League’s (IUML) patron from Kerala, the late Panakkad Syed Mohammedali Shihab Thangal.
In his book Why I Am A Hindu, Tharoor attempts to bring Hinduism’s focus back to its real essence as he sees it -- the one propagated by Adi Sankara, Ramanuja, Swami Vivekananda, Ramakrishna Paramahamsa and so on -- distinguishing its true philosophical traditions from the political and violent forms manifested by right-wing groups in contemporary India.
In his Shihab Thangal memorial lecture on ‘Redefining Nationalism In Today’s India’ at an event organised in Delhi on Wednesday, Tharoor connected two forms of chauvinisms, of both denominations, and cautioned everyone to be vigilant against both.

He first quoted George Orwell and said nationalism defined by religion in India has caused the “rise of communal violence, mounting authoritarianism and chauvinism” in the last four years.
Citing the incidents of mob lynching, cow vigilantism, and communal violence, Tharoor reiterated his earlier statement that it is safer to be a cow than a Muslim in many parts of India.

After setting out this context, Tharoor came to his central focus: Shihab Thangal.
And it came with a story.Tharoor had just become a Member of Parliament from Thiruvananthapuram. And he received a hand-written letter of congratulation from Shihab Than gal. And, as Tharoor told the story, a few minutes after he received the letter, news came that Thangal had passed away. 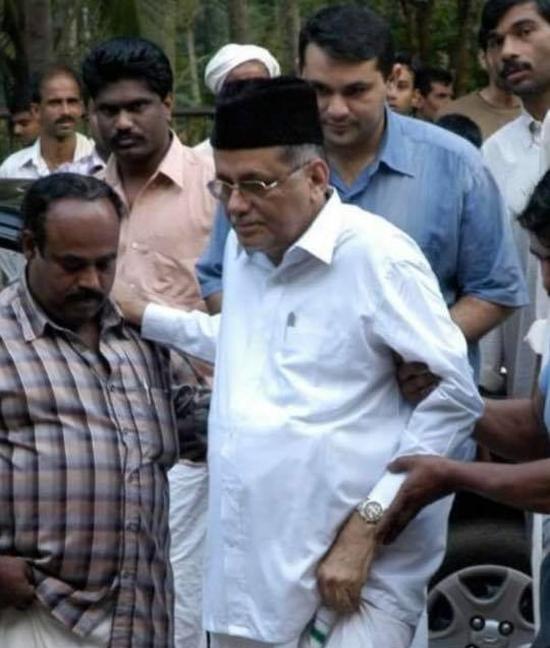 Panakkad Syed Mohammedali Shihab Thangal (File Photo: Courtesy- Facebook)
It was truly a cusp moment, and Tharoor was alive to the occasion.
“I took the trouble to find out a little more about him," said Tharoor. "He was a giant in Kerala and Indian politics though he never contested in elections. His family traces its lineage to Prophet Mohammed. He is seen as the 33rd generation descendants of the Prophet."
“He did his higher education in Egypt, got his degree from the famous Al Azhar University in Cairo and got a Doctorate in Arabic literature. He could have easily stayed on in the Arab world and many offers came to him. But he chose to serve his people in Kerala. He took over the leadership of the Indian Union Muslim League after his father Pookoya Thangal died in 1975 and led it for astonishing 34 years until he died in 2009.”
Tharoor admired Thangal for “his uncompromising secularism and “absolute determination to promote the integrated life of all communities in our country”. “The decision that he made at every stage chose cooperation and coexistence above mere community interests. He had this vision that the best way to protect his community’s interests was by immersing it in the social, political and economic life of other communities,” he said.
Tharoor pointed out three examples from Thangal’s life. One was what he called an "extraordinary step when tempers were understandably inflamed after Babri masjid demolition in 1992.”
This was a very striking example of what a Muslim community leader had done at the moment of crisis. 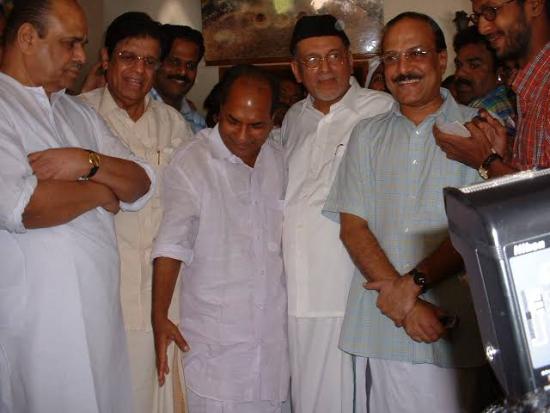 Thangal flanked by leaders of the Congress and the IUML. From left, K. Shankaranarayanan, E. Ahamed, A.K. Antony and P.K Kunhalikutty (File photo: Special arrangement)
Tharoor elaborated: ."When Muslims stood up demanding retaliation, he was firm in ordering there should be no retaliation. He sent members of the League, many of his followers, directly to those communities where Hindu temples were located in Muslim majority areas. He told them I want you to ensure that none of these temples are harmed. It was an extraordinary gesture. There was a great deal of communal unrest and a lot of violence across the country. He sent his people to ensure that pilgrims to Sabarimala were safe,” said Tharoor.
Tharoor also shared something about Thangal that he learned in a recent visit to a place called Angadippuram in Malappuram district. “One night, there was a mysterious fire that damaged irreparably the precious ancient door of the Angadippuram temple. Some mischief-makers started spreading rumours that the door was damaged by Muslim vandals. When Shihab Thangal heard about it, he immediately said I don’t care who has done the wrong, the people who worship at this temple are my neighbours and I will take the responsibility and expense to replace that door,” Tharoor recounted.
“The third story is of an 'RSS-leaning' coconut tree,” he said. Indirectly quoting an Outlook essay  by Shajahan Madampat, he related the whole story.
ALSO READ: Malappuram Isn’t Mini Kashmir
“A coconut tree belonging to a Hindu household grew in such a way that it bent over the roof of a masjid made of clay tiles. The coconuts from this leaning tree kept falling on the masjid’s roof and breaking the tiles. It damaged the communal relations of the area. The Muslims demanded the tree must be cut down but the family was unwilling." Classic modern India communal conflict narrative.
The Masjid committee and the Hindu family approach Thangal. After Thangal heard the story, he took some money from his own pocket and said the roof of masjid has to be demolished and the clay tiles replaced with concrete.
In the community, there is a widespread belief that if the first money comes from Thangal himself, then the success of the project is assured with his blessings.
When the young Hindu representative told this to the mother of the family, she was struck with remorse. What a curse it would be to her family, she wondered.
She went to Thangal to apologise. Thangal received her with grace and in his famously soft manner said, ‘Do not cut the tree. Coconut tree is the elixir of life. It should be protected. What’s a roof. The tree is more important’.”
Speaking after Tharoor at the event, IUML national general secretary and Member of Parliament, P.K. Kunhalikutty said he was present with Thangal when he had taken the decisions on Angadippuram temple as well as in the aftermath of the Babri Masjid demolition. “The Babri Masjid demolition created a hot discussion in the party committee.  Members said, ‘Ingane ninnal pora’ (We shouldn’t be like this). But Thangal was firm to say ‘Ingane ninnal mathi, ennittu ullath mathi’ (We should be only like this),” recalled Kunhalikutty.
For in-depth, objective and more importantly balanced journalism, Click here to subscribe to Outlook Magazine