On Sunday, Kumar said the Congress alone was “responsible for the current mess” in the Opposition 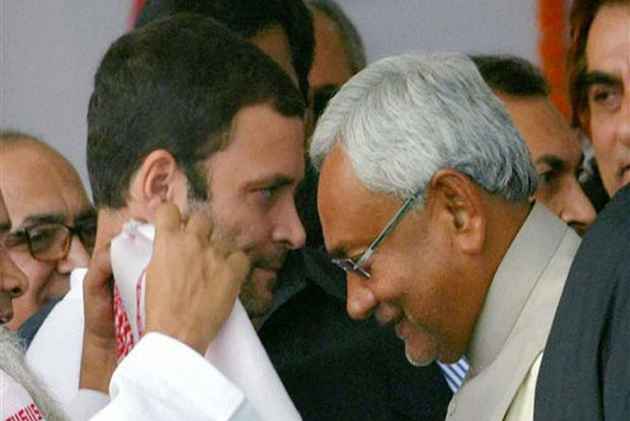 Bihar chief minister Nitish Kumar today said that the "Congress is a big party and it should set the agenda", refusing to retract his earlier remarks criticising the party as the weakest link in the Opposition.

He also stressed that if the Opposition wants to challenge Narendra Modi in the 2019 general elections, it must present a viable agenda as an option to the Prime Minister, reported NDTV.

On Sunday, Kumar said the Congress alone was “responsible for the current mess” in the Opposition, reported The Indian Express.

“The idea of a Sangh-mukt Bharat cannot fructify without taking all opposition parties into confidence. The Congress alone is to blame for the current mess in the Opposition fold,” he said while speaking at the state executive meeting of his party, the newspaper report added.

On Monday, Kumar said: "Just talking of unity among opposition parties is not enough…there must be a narrative - not just in reaction to what the BJP offers, but an alternative narrative," as quoted by NDTV.

Extending his support to the NDA’s GST, he said, "We fully support the GST tax reform. Any problems at the beginning will be ironed out."

The chief minister reiterated that the JD(U) was committed to the alliance “till the last moments”.

Kumar’s JD(U) was the first to break ranks with the Opposition and supported the NDA’s presidential candidate, Ram Nath Kovind.

The Congress Party on Monday advised Kumar to reconsider his decision for supporting Kovind.

"He was one of the architects of the opposition unity. Suddenly, for some strange reason he decided to support Kovind. He needs to reconsider. He needs to support Meira Kumar as she is a better candidate," Congress leader Manish Tewari told ANI.