A Breath Of Fresh Yawn

In the arts, in sport, in popular culture and lifestyle, there was a fair mix of the memorable and the unspeakable, with plenty in between. There were new ideas, trends and people to watch out for in years to come. 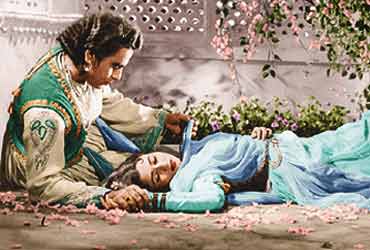 Both performances were grimly determined efforts, much perspiration and little pleasure. Fortunately, these endpieces weren’t representative. In the arts, in sport, in popular culture and lifestyle, there was a fair mix of the memorable and the unspeakable, with plenty in between. There were new ideas, trends and people to watch out for in years to come.

On balance Indian life seemed to grow richer. Invitations to hedonism (aka investment or reckless consumerism, depending on your politics) mushroomed in the form of restaurants, bars, malls and other leisure and entertainment options. Equally, the notions of a citizen’s right to information finally grew enough teeth to give people meaningful power, as did several other developmental initiatives.

So as long as there were no prickly moral trade-offs (like the relative prices of basic food and healthcare versus multiplex ticket prices at Rs 500 a pop) to consider, cinema audiences could thrill to Sam Raimi’s superb work (and breathtaking use of technology) in Spiderman 2. Technology saw another classy, if more mellow, application in the digitally reworked release of the classic Mughal-e-Azam. Yet at the same time filmmakers and producers continued to believe fondly that overtly sexual content is a better route to commercial success than cinematic nous: thus absolute clunkers like Girlfriend, Julie and Murder.

Intriguingly, Bollywood, for long a peddler of garish fantasy set to weapons-grade upper register singing, seriously began to stretch its boundaries. Ab Tak Chappan was a gritty tough-cop drama that mined, improbably for a Hindi film, the territory between Sidney Lumet and Dirty Harry. And then there’s Ashutosh Gowariker’s Swades, which even more unusually is a big-budget Bollywood film rooted in a very palpable reality, of the NRI who wants to come back to India to make a difference.

Bollywood’s home base, India’s only metropolis in the sense that a world traveller would understand, also finally got its due in the form of two fat books that captured some of the complex and multiple meanings of Bombay—Aussie ex-con Gregory David Roberts’ Shantaram and New York-based writer Suketu Mehta’s Maximum City. Other standout reads of 2004 were Colm Toibin’s retelling of Henry James’ story, The Master, Alan Hollingsworth’s superb skewering of a narcissistic age in the Booker Prize-winning The Line of Beauty and Susanna Clarke’s Jonathan Strange & Mr Norrell, with its marvellous limning of Jane Austen-like tone and pacing with lashings of magic straight out of Hogwarts.

As usual, sorcery of some sort seemed afoot to followers of Indian sport. For every example of the astounding, like Virender Sehwag’s triple century in Pakistan, there were plenty of moments of inexplicable despair. These included the near-simultaneous loss of form of India’s top batsmen, the bizarre inability of India’s otherwise excellent hockey team to prevent opponents from scoring in a game’s dying moments and the (arguably justified) allegations of drug use against several Indian sportspersons. Drug abuse by a few obscure Indian athletes was barely noticed in the larger scheme of things, with alarming revelations by disgraced US scientist/businessman Victor Conte threatening to wreck the reputations of superstars like sprinter and long jumper Marion Jones.

Scandal, however, has remained absent from the career of one of the true giants of Indian cricket. In his best season, Anil Kumble became India’s highest wicket-taker, at a strike rate sustained over 13 years that would utterly embarrass his many critics.

Genuine class is hard to hide, and 2004 saw compelling signs that Irfan Pathan has it; some proof that Andrew Flintoff might be better than Botham with whom he keeps being unfairly compared; and confirmation that Roger Federer may be the most gifted player tennis has seen.

Such sublime talent seemed absent in much of music, with bhangra beat monotony rendering much of Indipop derivative and unlistenable, claims to sufiana or western fusion notwithstanding. Chanteuses like Diana Krall, Joss Stone and (again) Norah Jones provided breathy music with strong jazz underpinnings, but musically 2004 will be remembered for the departure of two legends—R&B’s incomparable Ray Charles, and Carnatic music’s M.S. Subbulakshmi, she of the achingly beautiful morning soundtrack to millions of south Indian homes.