Firebrand Hindutva mascot Yogi Adityanath, the new CM to be, will have to deliver on one of the most ambitious manifestos of the BJP, from farms to job creation 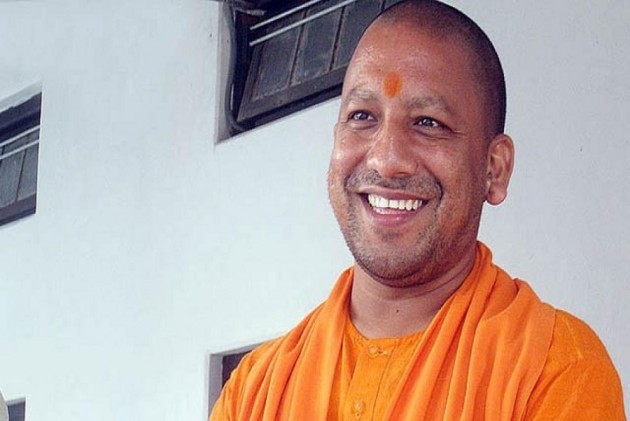 The BJP has promised nine major areas of transformation in Uttar Pradesh, of which five promises are directly related to agriculture-linked poverty alleviation and development.

Farm loan waiver: The BJP’s manifesto titled “Lok Kalyan Sankalp Patra” (people’s welfare mission document) has promised to write off loans of all small and marginal farmers.
Challenge: With a fiscal deficit of 4.04%, according to UP’s latest budget, the new government has a rather limited financial legroom. The state’s total outstanding liabilities as a percentage of gross state domestic product stands at a whopping 30%. There is no clarity yet on whether the waiver will be partially or fully financed by the Centre or jointly by the state and the central governments. The manifesto states the “government of the BJP will waive off all loans of small and marginal farmers”. The total number of land holdings in Uttar Pradesh is 224.57 lakh. Of this, 175.07 lakh (78.0%) are marginal farmers, 31.03 lakh (13.8%) are small farmers, while 18.47 lakh (8.22%) farmers are considered large. According to official classification, a marginal farmer is one who cultivates or owns up to 1 hectare in a given season, while those whose farms are sized between 1-2 hectares are categorized as small farmers. UP’s total farm debt stands at Rs 72,000 crore. Although the share of small and marginal farmers in this isn’t available, even Rs 50,000 loan per head, which is the average farm loan size in India, will run up a waiver worth Rs 20,000 crore.

Doubling farm income: The BJP has promised to double agricultural incomes by 2022.
Challenge: Doubling of farm income means achieving a 100% increase in farm growth. It is indeed a tall promise. It will require a manifold increase in yields, new technologies, much higher price for farm produce and substantial investment in irrigation. One drought year can push farm growth into negative territory. According to economist Abhijit Sen, if the BJP means a “nominal rise” in farm income – which means income not adjusted for inflation – then this is entirely possible, happens routinely and no great shakes. If “real incomes” – or rise in incomes matched with inflation – is to be doubled, then it could be just another poll promise.

Sugarcane payments: The party has pledged to clear all payment arrears of cane farmers in UP, which is one of India’s largest cane producing states, within 120 days of coming to power. Cane arrears tend to run into thousands of crores largely due to historical reasons. Millers usually pay farmers well after the season ends, although there is a law to ensure all payments are made within 14 days.
Challenge: When it came to power in 2014, cane arrears stood at over Rs 20,000 crore. Despite several measures and a substantial amount being cleared, arrears have piled up again. In UP, the arrears for 2016-17 alone stand at Rs 6200 crore. Several governments have attempted to break this cyclicality but without much success.

Health for all: The BJP has promised health for all, along with enhanced access to healthcare for the poor, who will be given a new poverty alleviation card, called Garib Kalyan Patra.
Challenge: UP pretty much comes out at the bottom of all socio-economic indictors, lagging behind peer states. The state’s infant mortality rate of 64 per 1,000 (against a national average of 41) is the highest in India, according to National Family Health Survey Round 3 (latest). Maternal mortality at 285 per 1,00,000 is abysmal too. About 42.4% of the population is undernourished, while 56.8% of the children are stunted. UP has the highest birth rate of 27 per 1,000 and also the highest fertility rate of 3.2. All this makes UP a cesspool of healthcare mess.

Jobs: The BJP has announced a target of 70 lakh (7 million) new jobs
Challenge: Out of every 1000 people in rural UP, 56 are unemployed. The national average is 34. And of every 1000 urban dwellers in the state, 65 people don’t have jobs. The corresponding national average is 44, according to the labour bureau’s unemployment rates. So, UP is a highly jobless state. Given the target, the new state government will have to shift at least a third of employable youth out of agriculture into non-farm employment by the time the new government completes its term. This could be a steep challenge for a state government, given that the Centre hasn’t been able to meet its job targets.