4 Facts About The TVS Radeon

TVS’s latest launch, the Radeon, slots in between the Star City Plus and the Victor in the brand’s 110cc portfolio

The 110cc segment is a hotly contested one, despite mid-capacity bikes hogging the limelight because of us enthusiasts. It isn’t surprising, as majority of the Indian population rely on two-wheelers as their primary mode of transportation. These efficient bikes with fill-it-shut-it-forget-it attitude are extremely useful for point A to B commutes, and are sold in huge numbers. TVS already has the premium Victor and the entry-level Star City Plus in the 110cc segment. However, with the advent of newer competitors like the Bajaj Discover 110, Hero Passion Pro, Passion XPro and the likes, the Hosur-based bikemaker felt there’s scope for introducing something new to the consumers. Enter the TVS Radeon. Here’s all you need to know about TVS’ latest commuter: 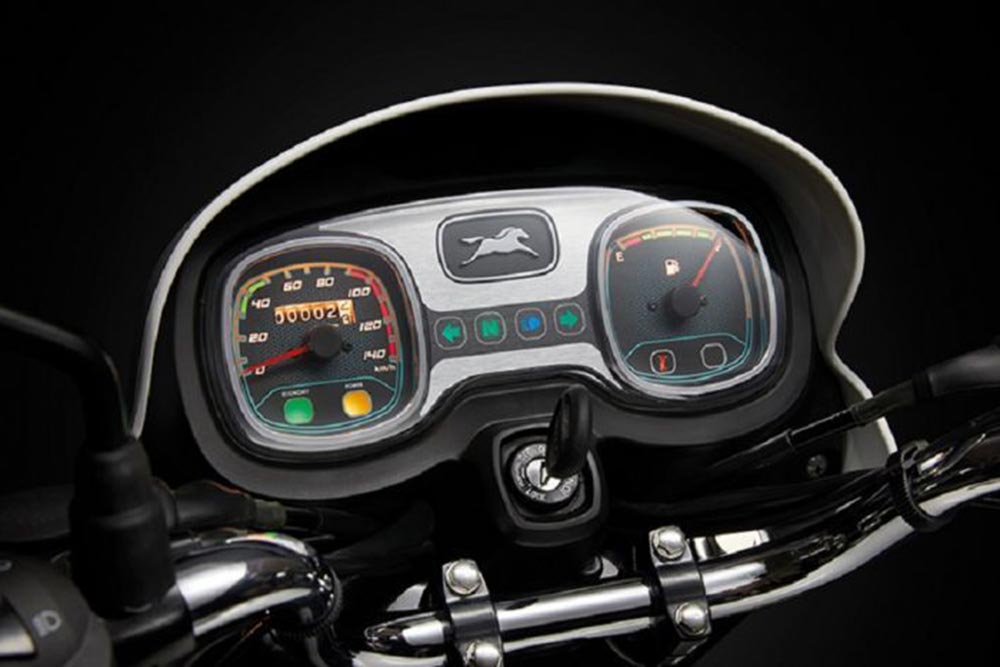 The first thing that stands apart in this motorcycle is the tank grips on the sides. The overall design is pretty sober, in line with the preference of rural buyers. TVS has provided an LED DRL below the halogen headlamp for additional oomph, which also eliminates the need for the main headlamp to stay on all the time, thus conserving battery. The chrome bezel around the headlight looks a bit overdone, but its target audience may find it appealing. A lot of chrome has been sprinkled around other parts of the motorcycle as well, for the premium quotient.

TVS claims that the Radeon’s plush single-piece seat is the longest and widest in its segment. It ends with a small luggage rack that doubles up as grab handles. To prevent the breakage of turn signals under luggage loads, TVS has designed them to be flexible. There’s an additional loop with hook on the right side, near the suspension mounting point, which will be convenient to hold for a pillion sitting sideways. The bikemaker provides a USB port as an option, just behind the headlamp nacelle. However, there’s no smartphone holder, thus making the port a bit redundant.

The instrument cluster is a twin-pod analogue unit, with the tell-tale signs nestled in between, just below the large TVS logo. The cluster houses an Eco and Power indicator as well. We’d have loved to see a tachometer in this motorcycle, as the fuel gauge alone hogs up the entire right side of the console. Instead of the large logo, which doesn’t serve any purpose other than vanity, TVS could’ve positioned the fuel gauge there and included the tacho in the right pod. The bike also gets a side stand indicator with beeper. 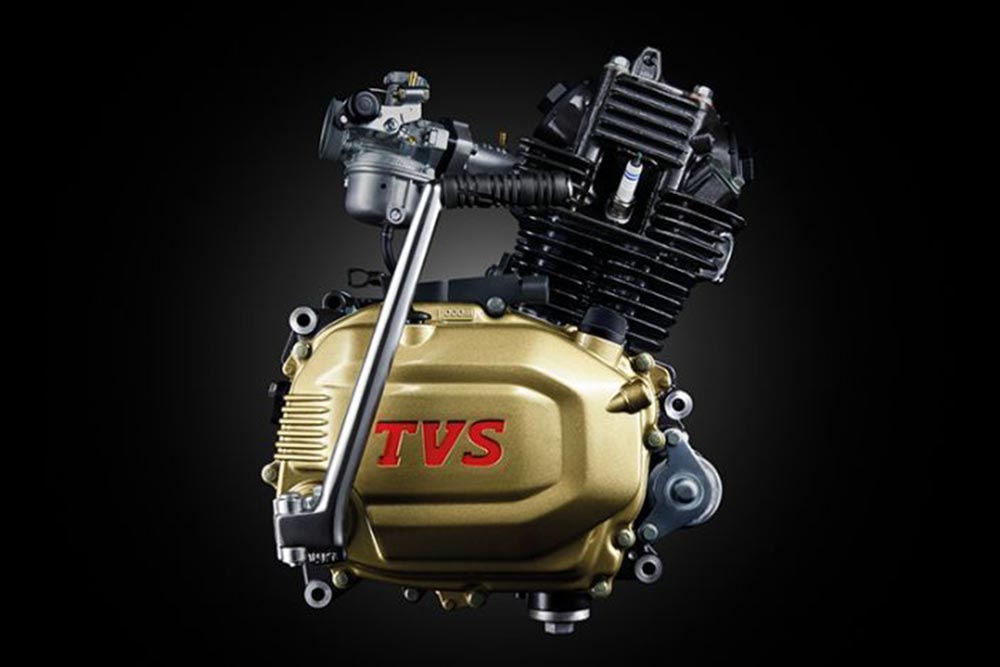 The TVS Radeon draws power from a 109.7cc Duralife single-cylinder air-cooled engine. The powerplant is derived from the Star City Plus, but has been modified for better low-end torque and a flatter torque curve for rural usage. The motor pairs with a 4-speed transmission and produces 8.4PS of power at 7000rpm and 8.7Nm of torque at 5000rpm. According to TVS, the Duralife engine series delivers better acceleration, fuel efficiency and refinement, apart from being durable as well. It returns a claimed efficiency figure of 69.3kmpl, and with a fuel tank capacity of 10 litres the range could easily exceed 500km. 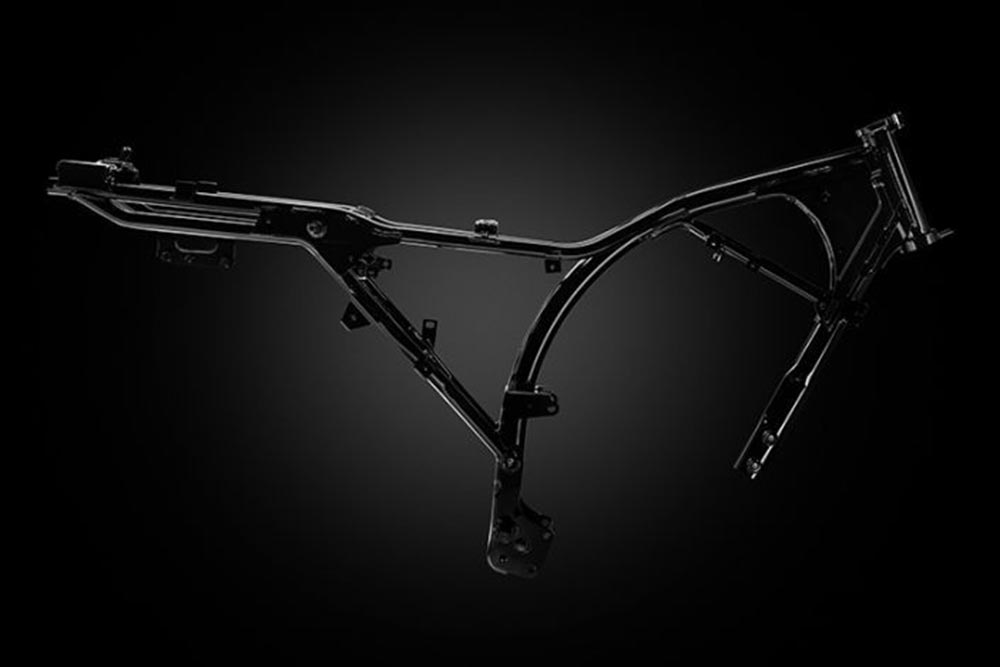 The engine nestles inside a single-cradle tubular steel frame, which is the same as the one in the Star City Plus. However, TVS has strengthened the frame for better rigidity to handle bad roads. The motorcycle is suspended on telescopic front forks and twin shock absorbers at the rear with 5-step adjustability. To tackle rural terrain efficiently, the large 18-inch alloy wheels are shod with Dura Grip tubeless tyres. For braking, it employs 130mm front and 110mm rear drums, with Synchronized Braking Technology for shorter braking distance and increased stability. The bike also gets highest-in-class ground clearance (180mm) and wheelbase (1265mm). The generous ground clearance will be a godsend when travelling over our pothole-ridden roads. Long wheelbase mean better stability when riding on highways.

The TVS Radeon may look like any other commuter but it has got a few features up its sleeve to set it apart. Reliable engine, generous seat, sync braking tech and a five-year standard warranty make it a pretty decent proposition for a discerning customer who is looking for a trustworthy workhorse to serve by his side for years to come.