The general council resolves to provide a solatium of Rs 2 lakh each totalling Rs 4.96 crore to their families. 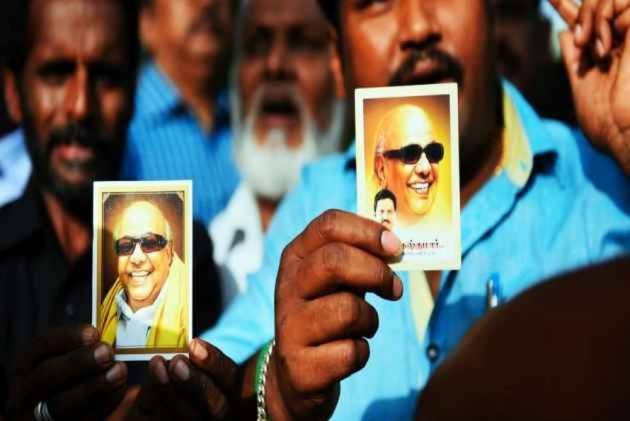 The DMK on Tuesday claimed as many as 248 party workers have died because of 'shocked' by the death of party leader M Karunanidhi and announced a solatium of Rs two lakh each to the deceased families.

In a party general council meeting, it said that as party members got to know about the hospitalisation and failing health of Karunanidhi and later his death, 248 party workers died.

“This general council resolves to provide a solatium of Rs 2 lakh each totalling Rs 4.96 crore to their families,” DMK claimed.