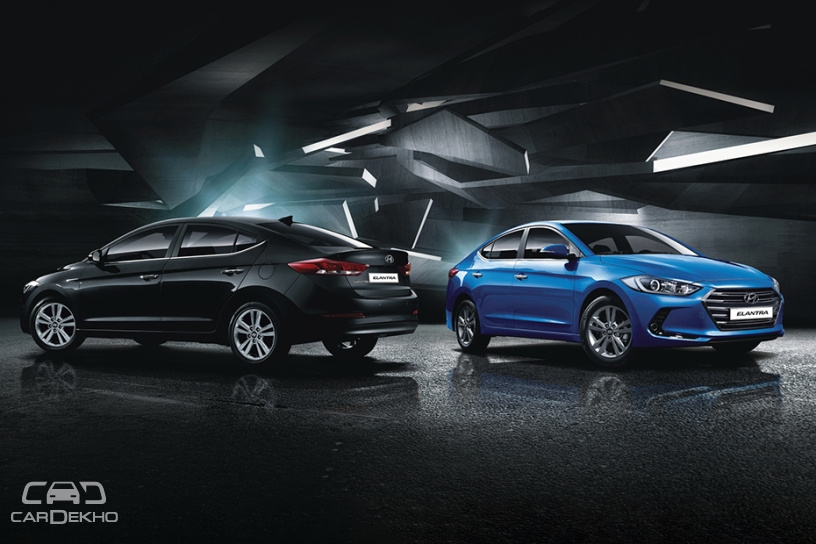 Hyundai has revealed the 2019 Elantra facelift in the US. The refreshed version of the sixth-gen model will go on sale in the US later this year and is likely to be launched in India in 2019. The sixth-gen Elantra made its debut in South Korea in late 2015 as the Avante. It was followed by its world premiere in the US in early 2016.

The updated 2019 Hyundai Elantra gets dramatic styling changes, to say the least. In fact, it won’t be an understatement if we say that in terms of design, it looks more like a complete generation change than a facelift or a cosmetic update. The entire front section has been redesigned and nothing seems to have been carried over. 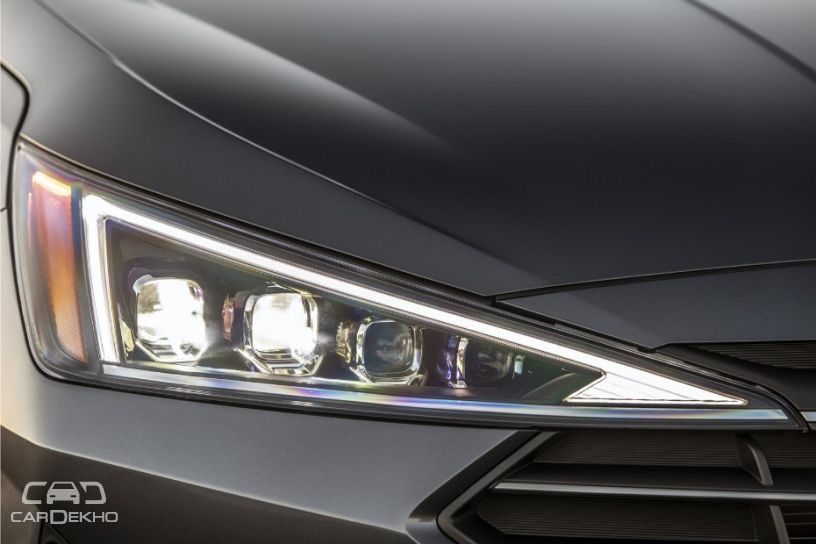 The pointed and triangular headlamps now pierce into Hyundai’s latest iteration of the ever evolving cascading grille. The new headlamps offer quad-LED projectors along with LED daytime running lamps. Meanwhile, the projector fog lamps of the pre-facelift model have made way for regular multi-reflector lamps.

The rear has also been completely redesigned and it gets a new boot lid, tail lamps and bumper. A big ‘Elantra’ moniker takes most of the real estate on the boot lid in place of the license plate. The tail lamps feature striking geometric LED detailing that compliment the DRLs up front. The reverse lights and the license plate holder are now placed on the rear bumper. 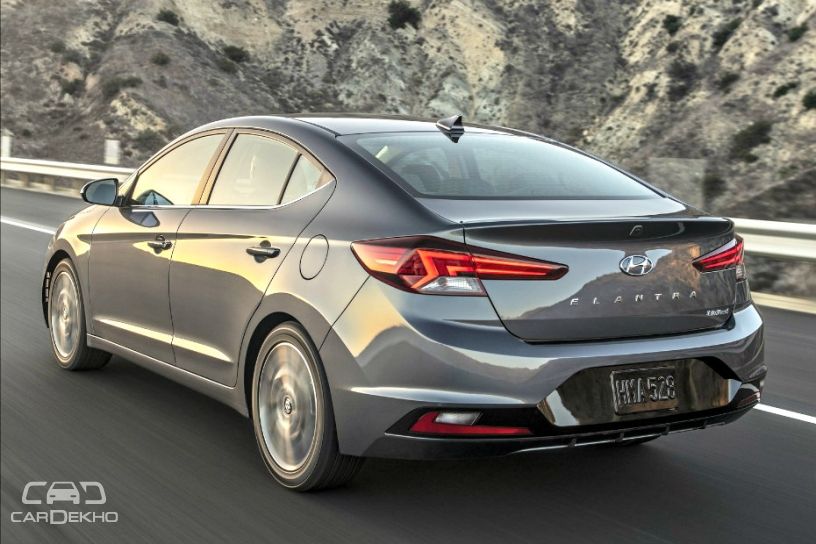 The only things that reminds you that it’s an Elantra are the doors and the overall coupe-like silhouette. Even the pattern of the alloy wheels is new and we have to say that these look pretty good on the US-spec model. 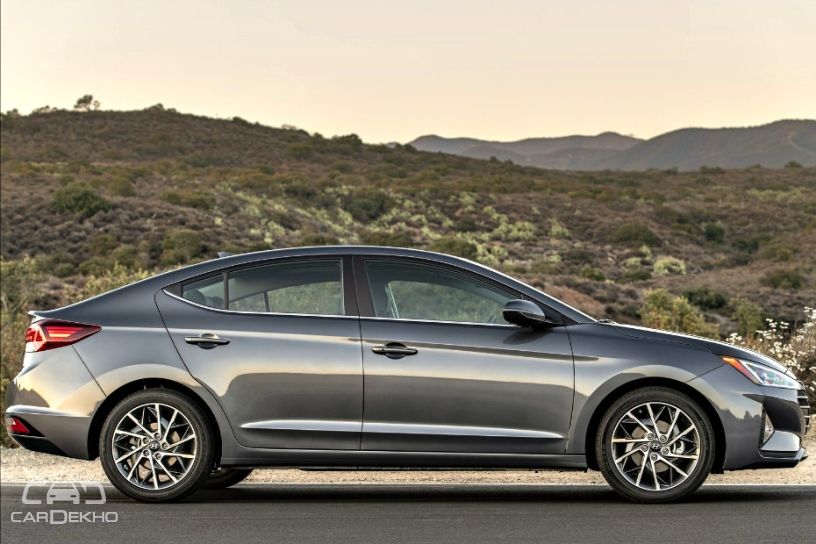 While the Elantra facelift gets extensive exterior updates, the interior remains largely unchanged. We were expecting Hyundai to redesign the centre console and incorporate a free-standing display, like it did with the Tucson facelift. Unfortunately, that hasn’t happened. 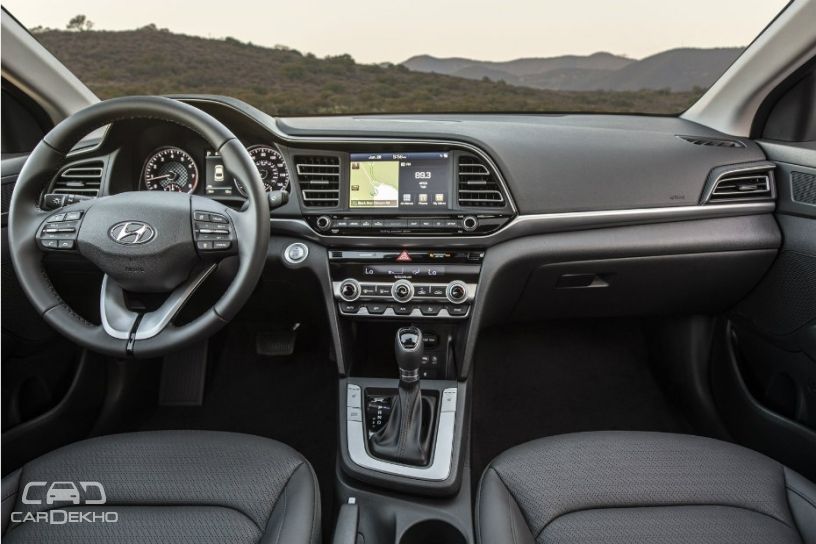 The 2019 Elantra also gets updated AC vents and new steering wheel along with minor changes on the instrument cluster and switch gear. Hyundai has added some new features to make the package more modern. So the 2019 Elantra gets wireless phone charging and a new standard 5-inch infotainment system with Apple CarPlay and Android Auto along with a rearview camera. For overseas markets, the Elantra gets active safety features like forward collision-avoidance assist, lane keep assist, driver attention assist and safe exit assist as part of Hyundai’s SmartSense package. 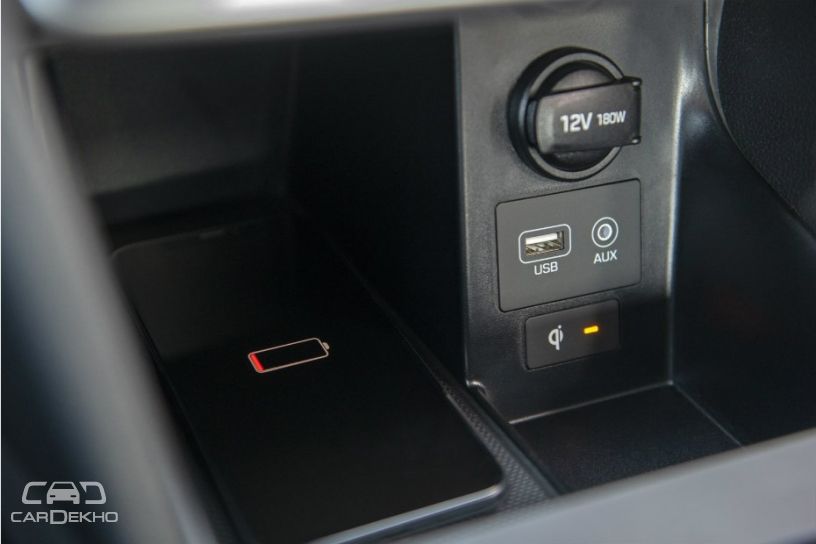 In the US, the Elantra facelift gets the same set of engines that are currently offered in the India-spec model, including the 2.0-litre naturally-aspirated petrol (152PS/192Nm) engine. However, we expect Hyundai to replace the current U2 1.6-litre CRDI  diesel engine (128PS/260Nm) of the Elantra with the newer and more powerful 1.6-litre U3 CRDI (136PS/320Nm) unit when it introduces the facelift in India. 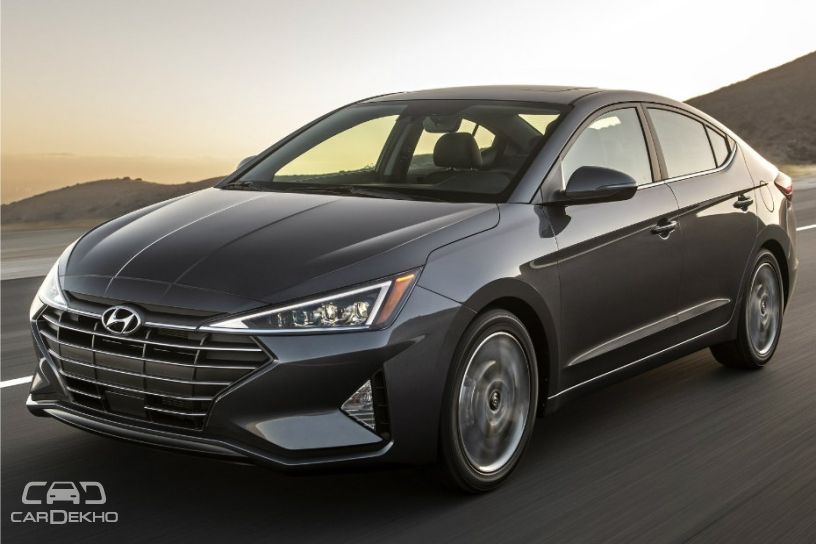 Currently, the Hyundai Elantra is priced between Rs 13.69 lakh and Rs 19.68 lakh (ex-showroom Delhi). When launched, the Elantra facelift will continue to rival the Skoda Octavia and the Corolla Altis. There will also be a new entrant in this segment in 2019 -- the tenth-gen Honda Civic. Maruti Suzuki will also be entering this segment with its own version of the Toyota Corolla Altis some time later in 2019-20. 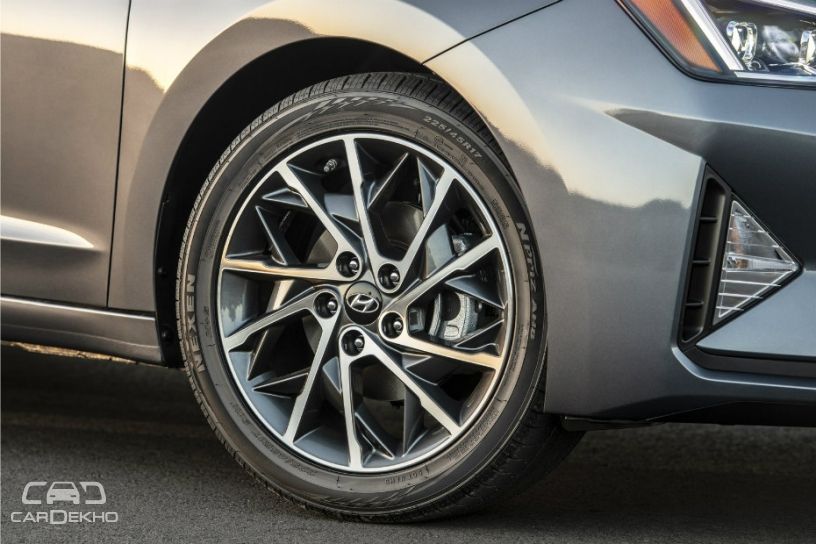 2018 Maruti Suzuki Ciaz Facelift: 5 Things That Could Have Been Better