I remember Banaras more vividly than any place else. I suppose because it was here that the

first awakening of my senses began. The atmosphere was so pure and so strong – nowhere else have I felt that strong spiritual vibration, except, maybe, for a little while when I visited Jerusalem. Banaras was in its full glory then; it was not attacked by tourism, drug use, filth, dirt and so many strange things of today. The ghat gave me the greatest entertainment—theatre, acting, music, temples and palaces the maharajas had built. In those days, each palace had its own shehnai player. I did not like the burning ghats, though, which seems to be the greatest attraction for the tourist.

I loved Banaras so much that, in 1972, I went back and bought a bagicha near Shivpur. It was a huge property, and there I thought I will make my home, and called it ‘Himangana’ named after my mother Himangini. In 1974, George Harrison came with his friend and spent three weeks. We had a grihpravesh and Vedic ceremony with South Indian priests chanting the Vedas. It was beautiful. I was sure I could start a gurukul system, an ashram.

But it was not to be, because Banaras had changed. The commercialisation, the over-population, the cacophony, the chaos. My favourite Ganga almost felt like a sewer. And gunda-ism… I found people carrying guns and saying things like, “Arre kahe, usko khatam kardein?” We held music festivals, workshops, conferences, and we had problems with everyone—people saying things like “30 passes chahiye, nahin to electricity nahin chalega“, slashing tents with knives and getting in. The dream I had, the Banaras I had in my mind, I had lost it. So, very sadly, I left in 1980.

I started my career in Bombay, in 1944-end where, I thought filmon mein koi baat jam jayee. With permission from Baba [Ustad Allaudin Khan], I started giving performances. At that time we stayed in Malad and I played at ‘music circles’ in various khedegaons, Poona, Kolhapur, Belgaon, Gugli, Aurangabad, Nasik, Baroda. Then I joined IPTA (Indian People’s Theatre Association). I got two films, Dharti Ke Lal and Neecha Nagar. My composition ‘Sare Jahan Se Achcha’ is from this period. Then I did a big ballet project for Indian National Theatre—Discovery of India.

In 1949, I got the AIR job and came to Delhi. Delhi was clean, green and unpolluted. One could still go to Moti Mahal in Darya Ganj or to Chandni Chowk—even though it was slightly more crowded and even dirty, perhaps, but it had some charm. However, the cultural scene in Delhi was minimal. There used to be a saying that Delhi’s musicians were paupers in their own land and could earn their living only by travelling and performing outside the city, in Calcutta or Lucknow. I remained in Delhi till 1960-61. Then I started foreign travel again.

But my first trip to Europe was in 1930. On the SS Ganges to Paris, I was delirious with fever and excitement, and running around the deck. It was like a magical city to me. I remember it was an Italian ship because they served spaghetti, which made me very sick. Till this day I can’t enjoy spaghetti with tomato sauce! We landed in Venice, which to me was heaven on earth. No cars—just boats and ships, beautiful women and men. I was delirious with fever. I always get feverish when excited.

In Paris we first stayed near the Bois de Boulogne Park. First, it was shock and surprise. I was put into a French school and at the same time my Dada [Uday Shankar] was preparing for a show. I was constantly living in sounds and sights. Everything was happening together. Then the show came up on March 3, 1931 at the Theatre de Champs Elysees. It was the first Indian performance of some stature. This was where we met Solomon Hurok, the greatest impresario in America. He came to see our show and booked us for America.

Paris became home till 1938, when the War changed everything. Earlier we had toured Germany by bus. Hindenburg was the President, and Hitler was standing for elections, there were posters everywhere, the swastika, the fanatic fervour of the Nazis. We had this big bus with costumes, instruments and props. We toured all of Germany, Belgium, touching Austria, Switzerland and Czechoslovakia, Poland.

Every second year we would go for three-four months to America. We did four trips then, the first at the end of 1932 and the last in 1938. During these four visits we toured 44 US states. Then came California, the balmy weather, the blue skies, the sada bahaar palm trees, and movies. I was then almost 13 and had become a huge movie fan. I loved the comedies. Those days there would also be an hour or so of stage shows. I heard the famous jazz musicians—Louis Armstrong, Duke Ellington, Count Basie, Fats Waller… In Hollywood we visited Paramount, MGM, Warner Brothers, Fox. I used to always be feverish–I mean, meeting Joan Crawford! At times I would meet 9-10 film stars!

I was having a ball between the age of 15-18 years. I also wanted to come out of my Dada’s shadow, so dancing became my main attraction. The dancing I had learnt from Shankaran Namoodri and Bala Saraswati helped, as did kathak, which I had learnt from Sohan Lal in Calcutta. So I composed and choreographed my first solo, Chitrasena, which I performed at New York’s Carnegie Hall in 1938.

Baba was with us at that time. He was not that typical Khan Sahib. He was full of different things, different styles—he knew how to play shahnai, pakhawaj, drums, sitar. To me he was a…kamdhenu. After he left, something happened to me. I wanted to go back to the source. No one forced me to it. In fact, I was discouraged. But I had decided.

In February 1938, I came back to India to see the house in which my mother lived and died just two months previously. This was Nasratpur near Banaras. Because of my busy childhood, my janeyu ceremony had not been performed. I was anxious to do it. I shaved my head and learnt the Gayatri Mantra and Sanskrit shlokas and wrote to Baba that I was coming. I gave up my fancy clothes, wore coarse kurta and payjama, and arrived at his house in Maihar. Baba could not believe it. He asked, “What have you done?” He had always rebuked me for running with the girls and being fond of good clothes. He had called me “butterfly” then. All that was in my mind, and I wanted to please him. It was not play-acting. It was a true feeling. So that’s how I became his student. I used to stay in the house next door at a rent of Rs 5 per month. It had a coir bed, mosquitoes, scorpions, wolves outside at night… My first sitar performance was in December 1939, at a big concert in Allahabad.

Then came a different period, when George Harrison became my student. All of a sudden everything changed. It opened up a whole young generation to a new culture—drugs, Vietnam, hippy-ism, long hair, beards and beads… I enjoyed performing at the Monterey Pop Festival in 1967, but I did not like Woodstock—drugged people, making out in the mud…

It is true that Western interest in Indian spiritualism is a bit of sham. Everybody thinks of Americans as fools—particularly France! But in Americans there is a child-like curiosity, innocence, which you can call foolish or knowledge-less, but at least they are not taught. I find Europeans over-cultured and too suave… The French people—I love them!—but they have this ‘I know all’ air, that all others are fools. I have played so many times in Paris, and enjoyed it, but there was always this fixed clientele with their own notions of le yoga, le this, le that…

That is why America is my home and not Europe. But the first place I think of when I close my eyes is India. Nothing can beat my home country—it is not Delhi, Bombay or Calcutta I think of—but Indianness… 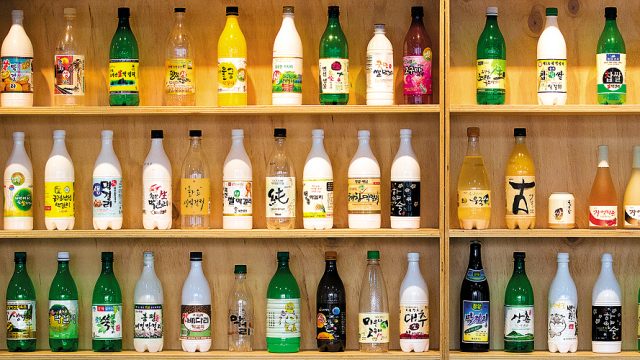 Sample the wares at some of America’s best bars 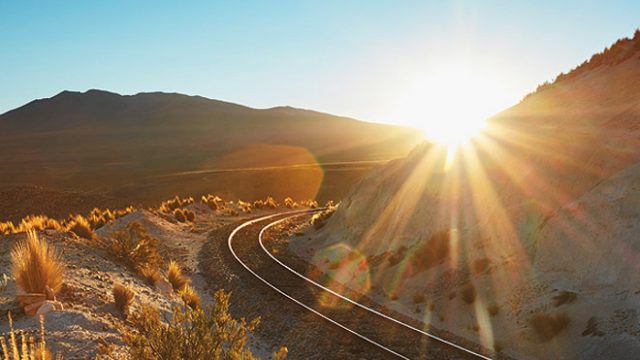 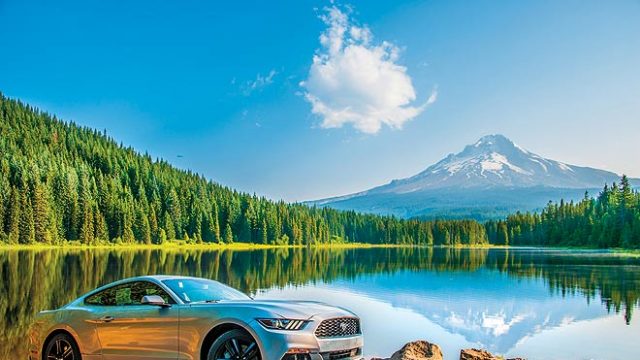 USA: Driving around America in a Mustang

For an All-American experience, there–s nothing that beats a cruise through Oregon and California in a Ford Mustang