Leaves rustling in the sum­mer breeze, the snowcapped Himalayas in the distance and the seemingly endless

road that could have been inked by Ruskin Bond’s pen were framed by the window. I could continue to wax elo­quent about the picturesque landscapes and majestic mountains that lined our drive along the Himachali hills in our trusty Tempo Traveller, but you already know all of that. What you possibly don’t know is about a tiny historic village in Himachal’s Kangra district, about three hours by road from Chandigarh. And that’s what I am here to do: discover the treasures that lie buried in the forgotten village of Garli.

A merchant community in Rajasthan, the Soods (also called Suds) faced a con­stant threat of invasion by the Mughals and eventually decided to settle in the sister villages of Garli and Pragpur in the early nineteenth century. The enterpris­ing Soods spent much of their fortunes helping build Shimla in its early years. As was still common during the turn of the century, the more well-off often had a wife in Shimla for half the year and one in Garli for the other half. It was fashion­able to have at least two wives, I am told.

In Garli, we meet our host Yatish Sud, who painstakingly restored his 1921 haveli into a fairytale heritage hotel, the Chateau Garli. The Shimla-based Suds decided to return to their ancestral home and help restore some of the glory of the abandoned village of Garli. Yatish Sud’s ancestors built the village, perhaps one of the first planned settlements of mod­ern India. Houses were constructed and a service industry set up, once the Suds brought in a barrage of cobblers, iron­mongers, carpenters and other artisans. The village was divided into a residential block, the services settlement and an institutional area.

Copper pipes were brought from London to lay a water pipeline and a special road built for the governor of Punjab to come down and inaugurate it! A school for boys was opened in 1918 and a dedicated hospital for women set up in 1921. The 1955-founded high school for girls stands as testament to a Garli years ahead of its time in the region. Sud claims that Garli was the epicentre of Punjab economics and politics at one point of time. I am told that major politi­cal decisions with respect to Indepen­dence were taken either in Shimla or in Garli, which was made into a winter re­sort. Whatever the authenticity of these claims, it’s certain that Garli abounds in architectural treasures.

But then, to paraphrase the poet Yeats, things fell apart. And the promis­ing settlement of Garli was abandoned. Several theories attempt to explain the decline of Garli post-Independence, the most credible of which were shifts in trade and economy, post-colonial bound­aries and a brain-drain of sorts. But, of course, the more improbable stories are often the more interesting. Here’s one I liked: a newly married young girl was accused of adultery. The panchayat was consulted and, no surprises, the ruling was in favour of the men. The indignant woman cursed the village. And since hell hath no fury like a woman wronged, the village went into decline.

Sud and his contemporaries prefer to forget stories such as these, as they try to turn back the clock and restore the maj­esty of Garli one kothi at a time, employ­ing the locals to keep alive the spirit of their culture. And allow them to make a living with their heads held high.

Leaving tall claims and taller tales aside, we set off for a walk around the illustrious village. Strolling past the tumbledown havelis brought fascinat­ing stories of years past. An abundance of European influence was on display, as also the fact that yesteryear’s boys-with-toys didn’t shy away from indulgence. The first house built in Garli, the ‘Raee­so-waali Kothi’, spoke of the opulence of its inhabitants. With walls covered in paintings, murals and rich Rajasthani motifs, the vegetable dyes have stood the test of time and still shine brightly against the dilapidated structure.

A short walk away, through lanes wide enough for just one person to pass, was the surreal ‘Santri-waali Kothi’. Named for the sculptures of two sentinels cre­ated to guard the mansion, this haveli is a study in vibrancy. The bright blue col­umns had carvings of nature’s order with a peacock devouring a snake and a tiger locked in battle, perhaps with the same snake. Every corner I turned, I found in­fluences from around the world: Italian, Spanish, French, Portuguese, German, they’re all present in the villas of Garli. There were even motifs that resembled Celtic knots.

The more plebian ‘Eento-waali kothi’had, of course, a brick-worked struc­ture. After all the grand (and grandi­ose) buildings, the simplicity of this one made it one of the more pleasing structures to look at. And on through the village I walked, viewing exquisite grill­work, grand arches, gothic windows… Dazzling.

Guarded on three sides by the great Himalayas, the Beas flows through the fourth. Back in the day, Rajputs were stationed along the Beas to protect the village from any possible attackers. Garli is also believed to be the centre of spiri­tual influences with three shaktipeeths around it—Chintpurni, Jwalamukhi and Brajeshwari. This also makes Garli a hotspot for religious tourism.

We drove over hedges, rocks and everything it was possible to drive over in Sud’s open jeep, past locals who were left open-mouthed and bewildered. Then a magical moment—watching the sun set over the Beas, seated on the riverbed with our feet immersed in the cool water. Later that same night—in the middle of the night, more precisely—we were back in the same jeep. On a wild, dark journey through a dense forest, a little away from the Chateau Garli. We had hopes of spotting leopards and wild boars and returned with a hare and pos­sibly a jackal checked off our list. None­theless, looking up at the stars through the darkness of the woods was enough to leave anyone, well, star-struck.

Halting by the river Beas

Garli is not just historically significant by itself, but it’s also surrounded by a number of fascinating spots, all just a few hours away. Hidden inside the Dada Siba temple complex near the Pong Dam are a series of Kangra paintings that tell the life story of Krishna. Believed to be almost two centuries old, these paint­ings, like so many of the times, are done in vegetable dye. Quite a bit further back in time are the Masroor rock-cut temples, dating to between the eighth and tenth centuries. Initially dedicated to Shiva, the temples now hold idols of Sita and Ram.

A detail from a rock-cut temple at Masroor

There is, of course, a local legend or two available. These temples, so the story goes, were built by the Pandavas during their year of agyaat vaas and were left unfinished as they bid a hasty fare­well for fear of being spotted. Another owes to one of the sculptures at the en­trance of the temple complex—that of a young woman who was cook to the men building the temples. Believed to be built over a single endless night, and enraged at the unending work, the girl prayed to the gods for daylight. And, lo and behold, the sun peeked out of the horizon and the temples were left incomplete. A more rational explanation is that the rocks weren’t strong enough to continue build­ing the temples, unlike those at Ajanta and Ellora.

The charm of Garli lies in the legends of its years. The Suds certainly have their work cut out for them in this ambitious project of restoration. I see Garli as it is, and what lies ahead is a plethora of opportunities to become something truly magnificent. If any other secrets lie buried in this timeless village, they are all waiting for you to discover.

LOCATION
Garli is located in the heart of the Kangra valley, in Himachal’s Kangra district. It’s adjacent to its ‘sister village’, Pragpur.

GETTING THERE
Garli is 47km from Gaggal airport in Dharamsala and 85km from Bhuntar airport in Kullu. The nearest railway station is Amb Andaura, which is 18km away. There are regular buses plying to Garli from many cities in Himachal. From Delhi, a good option is to take the Kalka Shatabdi to Chandigarh and then drive to Garli, 186km/3hr away.

WHAT TO SEE & DO
– Visit the Kaleshwar Mahadev temple and drive to the Chamba Pattan Bridge to experience the sunset over the Beas.

– Take in the breathtaking Pong view from the Nangal Chowk on the way to the Dada Siba temple. 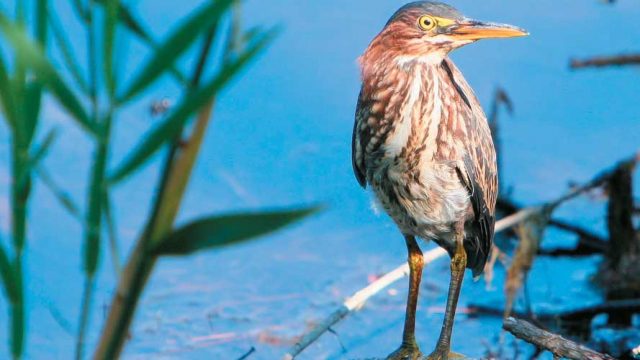